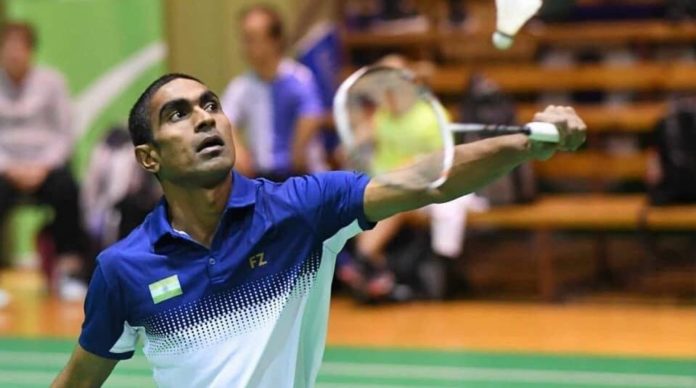 The shuttler hailing from Odisha, who has top-notched the world ranking in SL3 category, defeated England’s Daniel Bethell 21-17, 17-21, 21-10 in the final encounter to clinch top honours.

Besides, he also went on to win the gold medal in the men’s doubles category with fellow Indian Manoj Sarkar.

Pramod, who is presently at the Irish capital Dublin, spoke to The Bridge and said, “I am glad to win this title and from the beginning, I had the zeal since I missed out on the singles title in Canada against Bethell. The motivation was pretty high.”

Notably, this is Bhagat’s fifth International title this year. After winning the IWAS World Games 2019 in Sharjah this February, he went on to win gold at the Turkish International – ENESCUP 2019 in March, followed by Dubai and Uganda Internationals in April. Pramod is one among the five para-badminton players to have been shortlisted by Mission Olympic Cell of Sports Authority of India for Target Olympic Podium Scheme (TOPS) in preparation of Tokyo 2020- Paralympic Games.

“Winning a gold at the Tokyo 2020 is my ultimate dream. However, the immediate focus will be on the World Championships which will be held in August,” says Pramod.

The 29-year-old Asian Para Games-2018 gold medallist, praises his coach Gaurav Khanna for his success. He adds, “My coach has been a real pillar for me. When I was out for a long span after suffering from an injury, I was having a tough time but Mr. Khanna helped me to battle my psychological hindrances and fight for my dreams. His support was magical for me.”Pramod, a native of Bargarh district, was diagnosed with polio at the nascent age of five. He started playing badminton with his seniors who were at times hesitant to let him play. He started to play with able-bodied players at the district level and even won a district-level competition. It was then he came to know about prara-badminton and its respective categories.

He pursued with sheer determination and in the last couple of years, he has become the face of Indian para-badminton after claiming the top stop in the SL3 category world ranking.