Para-athletes left in discontentment with poor living conditions in Panchkula The 18th National Para Athletics is taking place in Panchkula and for more than one reason, the para-athletes are not happy.  The para-athletes made a series of complaints regarding the kind of arrangements that had been made for them.

According to the participants of the 5 days long para athletic meet, no thoughts had been put in about the obvious fact that the para-athletes would have more specific needs than other athletes.

Their complaints range from the doors of the washrooms being too narrow to let their wheelchairs pass, to lack of room which forced a number of athletes to share rooms which were already tiny. According to the athletes, even the water that they were given to drink did not meet health standards.

The deplorable arrangements were not taken kindly to by the athletes who took to Twitter to rebuke the Paralympic Committee of India. Para-athlete Suvarna Raj tweeted to Prime Minister Narendra Modi about the dismal situation.

Raj’s disappointment stems from an extremely legitimate point. It turns out that the wheelchair-bound athletes were given rooms in the ground floor with no attached bathrooms. The bathrooms were on the first floor with no ramps for the athletes to have an easy access.

She tweeted, “Sir now is 11:25 PM (yesterday), we two women with disabilities are standing on the road at Tau Devilal Stadium, Panchkula. There is no anyone from PCI to help us. We can’t use the toilets here because toilets are not accessible, they people doing same and insulting us.” Another para-athlete said that since there was no way for him to reach the toilet he had to make do with going behind a bush for his physical needs.

Suvarna Raj further said because she had raised her voice the authorities had become hostile and she was not being allowed to participate.

It so happens that while some are resorting to twitter and some behind bushes, the entire contingent of Gujarat is simply not availing the rooms that have been arranged for by the PCI. Instead, they are paying for their own rooms and staying elsewhere.

ALSO READ: I find no reason for the distinction between Paralympians and Olympians

‘When we came here, I was shocked by the kind of accommodation provided to us. So I decided it’s better to pay from my own pocket, but I won’t leave my athletes in a place that looks like a stable,’ said Dilip Shukla, the manager of Gujarat team.

According to the TOI, at least six to seven athletes are crammed into a single room and most are scared to open their mouths to the media.

However, the treasurer of the PCI refused to confess to this mismanagement and said that the accusations were false. Members of the Haryana Paralympic Committee shared this view and insisted that as much as 85 lakhs had been allocated for this meet to take place and arrangements had been made according to the needs of the para-athletes.

Neetu David, one of India's finest woman cricketers in the late '90s and early 2000, has emerged as a strong contender to become chief...
Read more
Hockey 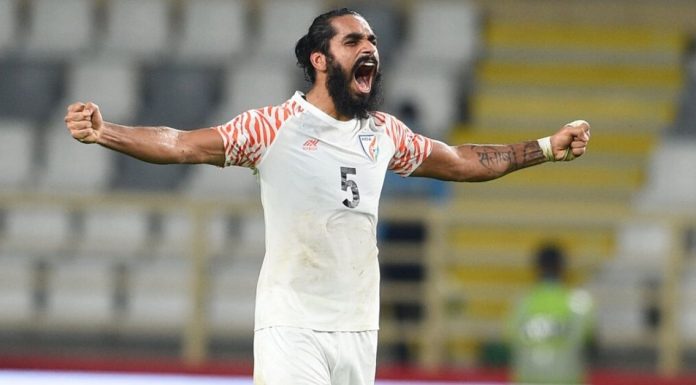 Press Trust of India - Modified date: September 26, 2020
Defending Indian Super League champions ATK Mohun Bagan on Saturday announced the signing of high-profile defender Sandesh Jhingan. The 27-year-old Arjuna awardee is said to be the highest-valued footballer in India but the club did not reveal the signing amount. "I am delighted to...
Read more