This is not Kabir Khan of Chak De India, but Abdul Hakim: The man behind Indian Ice Hockey After a convincing 3-0 win against Macau in their Round Robin game in the Challenge Cup of Asia yesterday, the Indian men’s Ice Hockey team are raring to go in this year’s tournament.

The tournament is conducted by the IIHF specifically for Asian countries that are not in the World Championship fray. Basically, only for the lowest division teams to provide them with international exposure so they get sufficient opportunities to compete.

Also read: Hockey in the Himalays: A Photo Story

The man behind the success is celebrated as a kind of legend in the Ice Hockey circle. A quick look at India’s improvement in the tournament- from finishing in last place in 2016 to ending their campaign as runners-up last year- is enough to prove the towering impact this man has had. Yet, the name Abdul Hakim remains obscure in circles outside Ice Hockey.

In this previous edition, the team from won two games and lost one to come in second. The only team they lost to in their time in the 2017 Challenge Cup were the eventual winners and hosts Kuwait. Dominant wins against Oman (3-2) and Macau (7-3) sealed a good finish for a team in the 2017 edition.

But what about the man behind the scenes?

A sports teacher associated with the Dist. Youth Services and Sports of Jammu and Kashmir, Abdul Hakim was an actively competing Ice Hockey player himself until he gave up his game to become a referee.

He has received training for the same in foreign institutions but that is not his greatest achievement. While he has been associated with the Men’s team for quite some time, he was also the women’s team coach when the team represented India for the first time in Chinese Taipei.

If one remembers the fairy tale journey that the girls have been through, it would be prudent to hold the man who was at the helm of things when the girls won their first ever international match, at the highest esteem.

His contribution extends to training young children in Ice Hockey in Ladakh. Evidently, he believes in giving equal attention to top-tier and grassroots when it comes to Ice Hockey in the northernmost parts of India.

In the past, Abdul Hakim has come as a vocal activist for the necessity of a permanent ice-rink which would enable the Indian teams to practice without hindrance.

What a moment for us, Proud of the Indian Coach Abdul Hakim ji, Under his able guidance & Support we have come a long long way. Jai Hind..Jai Bharat. https://t.co/qAAiWsGONy

When we think of great coaches in Indian pop-culture, the figure of Shahrukh Khan as the inimitable Kabir Khan in Chak De India invariably comes to mind. He took a team low in morale and coordination to a fairy tale end.

But here is the journey of one man who has successfully mentored not one, but two of India’s national teams to improvements beyond expectations. We hope to see his guidance do wonders for the team in the tournament this year too.

When one marvels at Ice Hockey’s meteoric rise in India, the name Abdul Hakim must be remembered. 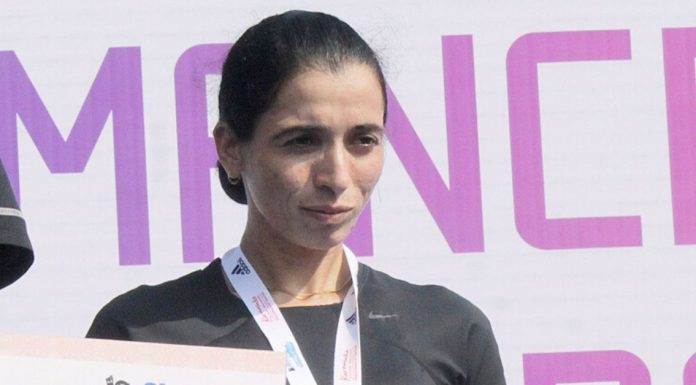