As the National Inter State Athletic Championships entered the third day yesterday, the results spoke of India’s chances at the Asian Games, giving us better insight as to how Indian athletes can shine at the Asiad this year yet again.

Javelin thrower Shiv Pal Singh became the latest Indian entrant to the 80m+ club, winning a gold medal in the event at the Championship with a throw of 82.28m. The qualification guideline for the Asian Games was set at 81m by the Athletics Federation of India (AFI). The 23-year-old athlete from Uttar Pradesh also ran over and ahead of the old meet record of 79.67m set by Jagdish Bishnoi in 2000.

As per reports by the AFI, Singh was trailing in second place with a best effort of 78.11m before flinging the spear to a personal best mark with his final throw of the competition. He splendidly defeated and went ahead of the former national record holder, Rajender Singh who settled for silver with a throw of 80.63m. Amit Kumar of Uttar Pradesh who is claiming bronze, had been leading until the final round of throws, with a throw of 78.17m.

Sudha Singh breaks her own NR

Furthermore, crossing the qualification guidelines for Asian Games was steeplechaser Sudha Singh. The former national record holder clocked 9.39.59 seconds to both defeat and blow off her own old meet record of 9:45.60 seconds set in 2013 and also finish under the Asian Games qualifying standard of 9:45.00 seconds. AFI reports that Sudha was the comfortable winner at the Indira Gandhi Stadium, finishing more than 15 seconds clear of second place Chinta Yadav who clocked 9:55.41 seconds.

Also of highlight is that of Chavi Yadav, who made it an all Uttar Pradesh podium, becoming only the fourth Indian woman to finish inside 10 minutes, with a time of 9:56.73 seconds. The race however proved to be unsatisfactory for national record holder Lalita Babar who was making her return to competition after a year off the track. AFI report says that while Babar had been expected to resume her rivalry with Singh, she would fail to complete the race.

Another area of interest and bright colours was that of the men’s 3000m steeplechase event. This event too shall see an athlete earn the chance to represent the country at the Asian Games. Naveen Kumar Dagar of Haryana went under the AFI’s qualifying guideline of 8:41.40 seconds as he crossed the finish line first with a time of 8:39.42 seconds. Dagar also blew off his own meet record of 8:42.29 seconds set at the 2014 edition of the tournament. Apart from Dagar, Shankar Lal Swamy of Rajasthan and Durga Bahadur of Uttar Pradesh took silver and bronze with times 8:43.52 seconds and 8:46.67 seconds respectively.

Dutee Chand who is another national record holder, shrugged off the disappointment of a defeat earlier in the competition to make her mark on the track once again yesterday. It’s interesting to note that Chand had been beaten to the second place in the women’s 200m yesterday by home girl Hima Das. However, she marked herself out as the athlete to beat with a blistering time of 11.42 seconds in a heat of the women’s 100m sprint. The qualification guidelines for the event had stood at 11.67 seconds.

Balasubramanya Chethan who is a skilled high jumper also managed to cross the qualification standard as he cleared a personal best of 2.25m in the men’s high jump competition. By making a massive 5cm improvement to his personal best, Chethan equalled the AFI’s qualifying guideline of 2.25m and also bettered the previous meet record of 2.23m set by Tejaswin Shankar at Guntur last year.

Apart from Chethan, the upcoming high jumper V Bharathi of Tamil Nadu cleared a remarkable 2.21m to claim silver while Siddharth Yadav of Haryana grabbed a bronze for himself with a jump of 2.19m.

In the women’s pole vault event, Khyati Vakharia endured a bittersweet moment. Even though she managed to win gold and also equal her own meet record of 4.00m set in 2013, the 29-year-old from Karnataka fell short of the Asian Games qualifying standard of 4.10m.

National record holder VS Surekha claimed silver with a best jump of 3.90m while Maria Jaison of Karnataka settled for bronze with a best effort of 3.70m. By the end of the day, counting onto the sixth and final meet record of the day was set in the men’s 4x100m relay. The Tamil Nadu squad of S Rishwanth, Elakkiya Dasan, Manikanda Arumugam and Siva Kumar clocked 40.22 seconds to erase the old mark of 40.49 seconds set by the Kerala team in 2013.

Of special mention is that of Hima Das’s performance and achievement at the championship. Hima lived up to her fast rising sprint star status as she pocketed the gold in women’s 200m race in a meet record-equalling time of 23.10 seconds to book a ticket for the Asian Games, on day two of Championship on Wednesday.

As per a report by the PTI, running at lane number 7, the 18-year-old local favourite led the final race from start to the end as she defeated Dutee Chand (23.41) of Odisha by a big gap at the finish line to clock a personal best time. Srabani Nanda of Odisha took the bronze in 23.87. As mentioned earlier, Dutee also booked an Asian Games berth as the qualifying time in this event is 23.50. She had already clocked 23.46 in one of the heats yesterday.

Hima Das qualifies for #AsianGames2018 with a personal best time of 23.10 seconds in the women's 200m at the National Inter-State Athletics Championships (#NISSAC2018)

Dutee Chand finishes second with a time of 23:41 to qualify too. pic.twitter.com/74fgEyyBfy

Even though there was a slight drizzle just before the start of the race, nothing stopped the young Das from producing a fast timing and she raised her hand after crossing the finishing line to celebrate her victory.

Hima told the media, “I am happy to have run my personal best at my home track. It is special.” Hima who was born in Dhing village in Assam’s Nagaon district, took to athletics two years ago only. Just two years in time and from then onwards her rise has been meteoric. She has been bettering her timings by leaps and bounds in a short time.

Earlier this month, she had run 23.22 in Poland during the training-cum-exposure tour and her performance on Wednesday clearly showed that she has improved upon it.

As per the report by PTI, when she was asked if she thinks she can break the national record of 22.82 of Saraswati Saha during the Asian Games, she said, “I cannot say that now and everybody will see when I run the race there in the Asian Games.” Hima, who also happens to be the brand ambassador of this meet had run a personal best of 51.32 in the quarter mile event during the Gold Coast Commonwealth Games.

Muhammed Anas of Kerala took the gold in men’s 200m  in the span of 20.98 seconds. However, he missed the qualifying mark of 20.87. V K Elakkiya Dasan of Tamil Nadu secured the silver in 21.31 while Parveen Kumar (21.43) got the bronze. Earlier this month, Anas had clocked 20.74 in Poland, even though he had begun running 200m very recently only. Anas told the media, “I am not happy with my race. I did not have a good start, I don’t know why. Because of that I could not qualify.”

The absence of Tintu Luka was noteworthy. In the absence of Tintu Luka, who is currently injured, Komal Chodhary of Haryana took the gold in women’s 800m race, clocking 2 minute and 06.68 seconds, well outside the qualifying mark of 2:03.00. Shipra Sarkar of Bengal took the silver in 2:07.02 while Maharashtra’s Archana Adhav clocked 2:07.22 to take bronze.

As of today, India has been allotted 102 (52 men and 50 women) spots by the organisers of the Asian Games. Aside from this, reports by PTI states that P T Usha has written to the AFI to consider Luka if she meets the qualifying mark at a later date. A top official of the AFI told PTI, “Yes, Usha has written a letter to us in that regard but we are yet to take a decision on that.” 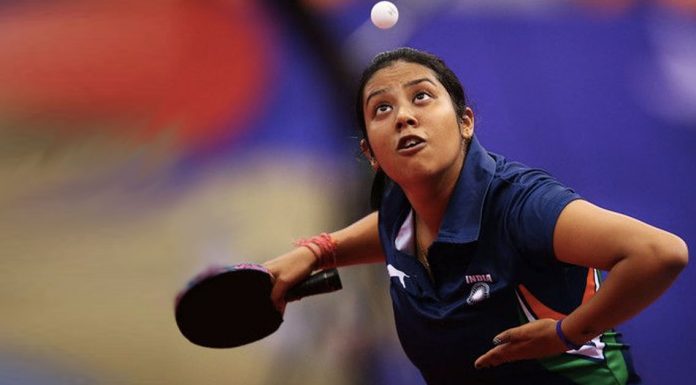 The Bridge Desk - Modified date: March 27, 2020
Many people who have travelled in from abroad amid Covid-19 pandemic alleged harassment at the hands of neighbours It’s unfortunate to see that even sportspersons are being targeted.
Read more