Ankita Bhambri has been handed over the mantle of captaincy and coaching of the Indian women’s contingent that will be participating in the Fed Cup Asia-Oceania tennis tournament slated to be held at the DLTA Complex here from February 7 to 10.

The squad for the Fed Cup Asia/Oceania Zone Group 1 event, announced on Saturday. It comprises India’s top-ranked women’s singles player Ankita Raina (world no. 259), Karman Kaun Thandi, Pranjala Yadlapalli and Prarthana Thombare. The reserves will be Rutuja Bhosale and Zeel Desai. However, Doubles specialist Sania Mirza is not part of the team as she is suffering from a right knee injury, due to which she will also miss the Australia Open.

Former Fed Cup player Bhambri said in a press conference, ”We have the best possible team, except the doubles.” She added, ”Ankita Raina and Karman Kaur are strong. They have all been playing very good in the last few weeks.” 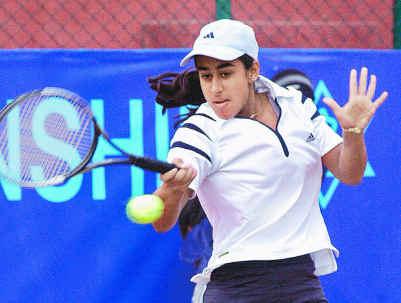 Ankita, who is the elder sister of the country’s best men’s singles player Yuki Bhambri, said the event offers leading Indian players a great opportunity to fight as a team. She believes the players can enjoy the time on and off the court, supporting each other.

The teams that will be participating in the event are China, Chinese Taipei, Hong Kong, Japan, Kazakhstan, Korea and Thailand along with the host India. The teams will be divided into two pools. The two pool winners will face a play-off to determine which country will advance to the World Group II Play-offs, which will take place in April.

Both Chinese Taipei and Kazakhstan had competed in the previous play-off last time but succumbed defeat to Italy and Canada, respectively.

While Taipei tried to stay in the World Group, Kazakhstan beat Japan at home in Astan in the final last year, to qualify for the play-off. Press Trust of India - Modified date: July 5, 2020
"Burned deeply" by his abrupt exit as Indian women's wrestling coach, Andrew Cook is still trying to figure out what went wrong in his stint during which he did what was required of him. The American had joined the national camp in early 2019...
Read more