A tale of tryst and chivalry: Madhavi Latha 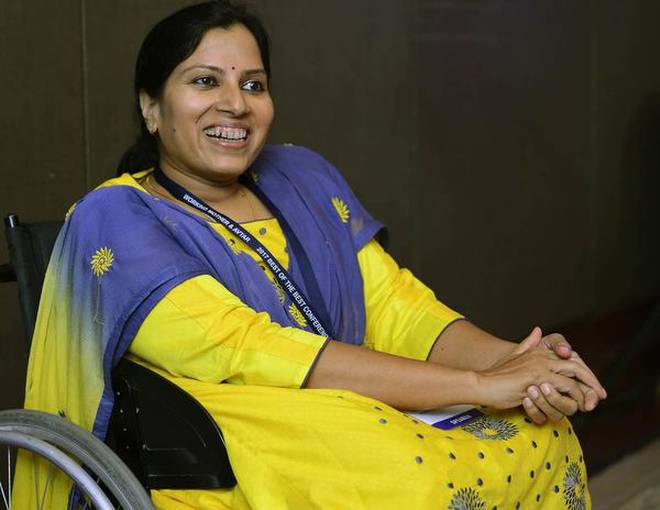 Not sure if everyone has noticed, but the ones with some special abilities and challenges are the ones who become the strongest and most able ones than their other normal counterparts in this planet. From Stephen Hawking to Sudha Chandran, there are en numbers of such successful special human beings. Some are known to the world, while others remain unknown. So, here is the brief tale of one such personality hailing from our own mother country: Madhavi Latha.

Madhavi was paralysed from the waist down, when she was barely seven months old due to Polio. It left her with minimal movement to her hands alone and also stole away her voice. However, without getting discontent, with time and perseverance she managed to regain some control over her hands and her voice. Latha was born to a school teacher father and a homemaker mother in a remote village in Andhra Pradesh (now Telangana), and was the youngest of the duo’s four children. The polio attack and her limited motor skills didn’t deter her from completing school and pursuing a college degree privately. After she completed her MSc in Math, she eventually got a job with a bank in Hyderabad, before moving on to Standard Chartered in Chennai.

Life was going seemingly well settled until 10 years ago when her limited movements led to a compression of her spinal cord and in turn compression of her lungs. The leading doctors assured that they cannot give her more than a year to live. As determined as she was in her infancy to fight back and change her life’s verdicts written by her body and the world, Latha turned to hydrotherapy to strengthen her muscles and ease the pressure on her spine. It is then that she discovered her new love: swimming. Through such unimaginable chivalry, she began to swim competitively and went on to become the National Paralympic swimming champion when she won three gold medals in her category in 2011.

Her victorious win at the age of 40, that too bearing such a severe disability, literally shushed up all the judgemental callers. The Hindu had covered her story last year. She had told The Hindu, “The first time I wanted to swim competitively at the corporate Olympiad, the organisers were not convinced. So, I had four people swimming around me for my security. In fact, when I first tried my hand at swimming, I didn’t have a coach. I self-learnt freestyle, which then convinced the coach to teach me the remaining styles. I wanted to set an example for other people with disabilities and so pushed myself further.”  Her rendezvous with swimming was definitely a turning point in her life. She had also told the news daily, “Moreover, being in water made my body light and the buoyancy helped me do all the things that I couldn’t outside of it.”

Swimming was only the gateway to a successful journey for this determined woman. She is now heading the Wheelchair Basketball Federation of India that she set up in conjunction with others in 2014. This mission came about to her when a UK-based NGO introduced her to the sport and encouraged her to promote it. It intrigued her as it is rather energetic and inculcates a great sense of team spirit in those involved in the sport. In the last three years her team has managed to enrol 600 players from 14 states in the country — from Jammu and Kashmir to Kanyakumari. This venture faces its fair share of challenges as well. She had told The Hindu, “One of the biggest challenges is convincing people to encourage this sport; often it is concerns over players’ safety that comes to fore, since people aren’t convinced about just how much people with disabilities are capable of. Also, sports wheelchairs are not manufactured in India and are often imported, thereby raising costs. We’re also working towards making sports arenas more accessible for those with disabilities. When tournaments take place there are concerns about accessibility in terms of transport and accommodation. And since we know that a lot of these aren’t inclusive in nature yet, we go prepared, so there are no rude shocks upon our arrival.”

Nevertheless, this struggle is not something that is new to Latha. She had told the news daily in 2017, “My parents always wanted me to be financially independent. So after completing my MSc in Mathematics, I even trained as a typist so I could get a typing job. That is when a cousin told me about jobs in banks that I could apply for. In 1991 I managed to land my first job with State Bank in Hyderabad; expectedly there was a lot of convincing to do. Having had to move to Hyderabad from my small town, I even learnt how to ride a scooter so I could commute and gradually moved on to driving a car. I eventually got an opportunity to join Standard Chartered and moved to Chennai for the new role in 2006.” As she gave more focus to her career, education and independence, the lack of physical activity began to take a toll on her. The exercises that she had been asked to do were rather painful and involved callipers being put from shoulder down. She had told The Hindu, “It felt like being in a cage and I neglected to follow up on them, not realising the seriousness of the consequences.”

She was always a multi-tasker. While she was pursuing her college degree privately, Latha began giving tuitions at home to students a couple of years younger than her. She ideally wanted to surround herself with people closer to her age so that she didn’t miss college life much. In the present day, she leads a busy life with her hands full with professional responsibilities at Standard Chartered and her role at the WBFI. She wants people to realise that people with disabilities can do a range of things as well. She feels that it is important to sensitise people around them to lend adequate support. 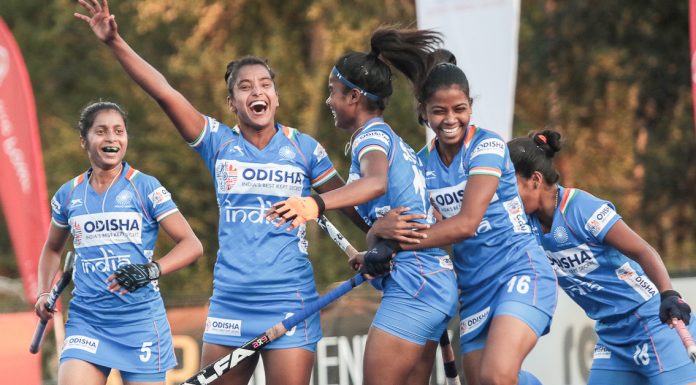