Both Bengaluru FC and Chennaiyin FC were looking for their first win of the Indian Super League (ISL) season when the two sides met at the Kanteerava on the 10th of November for the Match of the Week. However, it was the Blues who looked by far the better side and the full-time result of 3-0 did not flatter their brilliance at all. By comparison, the two-time champions had little to show in terms of effort and characters as their dismal form from last season continues.

The game opened with the hosts dominating possession and the game being restricted mostly to Chennaiyin’s half. Dimas Delgado caused a lot of problems with his through balls but there was no one to get at the end of them on several occasions. The dynamic Ashique Kuruniyan had started on the wing with Sunil Chhetri in place of Manuel Onwu down the middle, and the combination clicked instantly. It was, however, the Australian midfielder Erik Paartalu, making a start for the first time this season who broke the deadlock in the 14th minute as he headed home a corner from Delgado.

Just 10 minutes later, the lead was doubled thanks to some spectacular work by the inimitable Chhetri who opened his account for the season. Former Chennaiyin main-man Raphael Augusto’s lobbed pass was bought down by Chhetri in an instant as the Indian skipper rounded up Vishal Kaith in the Chennaiyin goal and finished at his near post. It really was a sight to behold as Chhetri broke his duck in a style only Chhetri could.

After the break, Chennaiyin did try to muster some coherence going forward but their efforts were too few and too weak. A lack of cohesion and identity has hurt the side for a while now while their fragile defence is also a major source of concern. Thongkoisem Haokip got the better of Eli Sabia, latched on a through ball from the ever-threatening Paartalu as he netted his first goal of the season and Bengaluru’s third to put the match beyond all doubt.

In the post-match conference, Chennaiyin’s manager John Gregory reportedly admitted that it may be time for him to move on. While the ISL goes on a two-week international break now, it will be interesting to see what sort of changes the Chennaiyin management will look to bring to arrest the fall that they already are in.

India's tennis star Rohan Bopanna continues his winning streak in his mixed doubles campaign at the Australian Open on Sunday. Bopanna, along with his...
Read more
Football

The first Indian to kick a football back to the Britishers, in 1877, Nagendra Prasad Sarbadhikari is credited with starting a revolution...
Read more
Badminton 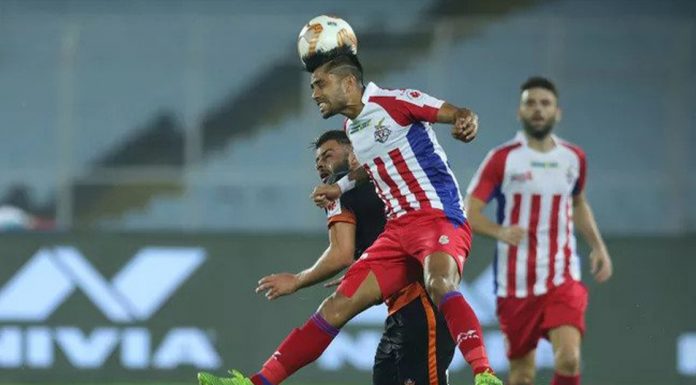 Abhranil Roy - January 22, 2020
Gameweek 10 of the Indian Super League was all about getting a better picture of who has it in them to make it to the playoffs. As things stand, Odisha FC continue impressing one and all with their form while ATK look...
Read more