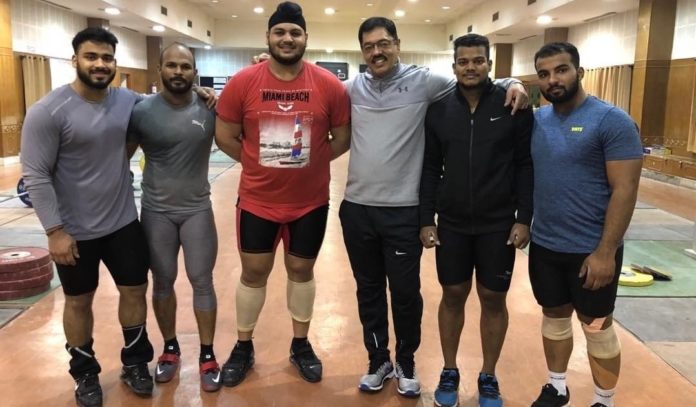 The listless performances of our weightlifters (both men and women) at big tournaments like the 2018 Asian Games and 2018 World Weightlifting Championship only reinforce the thought that ‘many hard yards’ have to be undertaken by our weightlifters in pursuit of glory.

Indian senior weightlifters (both men and women) lapped up as many as 16 medals comprising 11 gold and five silver medals. As far as the men’s weightlifters are concerned, Rishikanta Singh (55-kg), Achinta Sheuli (73-kg), Ajay Singh (81-kg), P Anurdha (87-kg) and Pardeep Singh (109-kg) walked away with the gold medals.

In fact, India scooped up its best-ever performance in the Commonwealth Weightlifting Championship with a haul of 35 medals that included our junior and youth teams as well. Clearly, the Indian weightlifting has made the ‘encouraging’ noises ahead of the upcoming World Weightlifting Championships to be held in Thailand in September, as well as the munch-anticipated 2020 Tokyo Olympics.

“It was a good all-round performance by not just our senior men and women weightlifters but also by our junior and youth teams – all contributing to our massive 35 medal haul. There is a lot to look forward to on the back of these upbeat performances in the Commonwealth Wrestling Championship,” opined Indian weightlifting team chief coach Vijay Sharma.

However, Sharma was candid enough to concede that Indian weightlifters must think beyond Commonwealth championship-level glory, “Time has come to realise that winning medals at Commonwealth Championships is not enough. Look at the Asian Games, the level of competition is very intense much like the World Championship or the Olympics because the Asian region has some of the world’s top weightlifters from nations like China, Thailand, Korea among others. Our boys and girls are working to a plan and the day is not far when we would see our weightlifters’ bag medals at these big-ticket events on a consistent basis. Of course, Mirabai’s 2017 World Championship gold medal effort was a big lift for Indian weightlifting.” No medal at World Championship

In stark contrast, the Indian men weightlifters have never won any medal at the World Championship let alone Olympics. Even at the Asian Games, the last medal won by an Indian men weightlifter was at the 1986 edition in Seoul. Despite this appalling record of our men weightlifters, Sharma has reasons to be optimistic about the future. “Our men weightlifters have it in them to make a podium finish at big-ticket events. Over many decades, it was about participation but I can tell you my boys are focussed on ‘competing hard’ – of course, nothing will happen overnight. We have set a process in place and if our men lifters stick to their training plans and stay injury-free I see no reason why our men weightlifters cannot end their medal-drought at events such as the World Championship,” the vastly experienced coach shares his perspective. The Indian weightlifting team chief coach singled out Mizoram youngster and 2018 Youth Olympics gold medallist Jeremy Lalrinnunga as a massive talent, “Jeremy is just 16 and looks already settled in the senior team. His silver medal efforts at the EGAT Cup and Commonwealth Wrestling Championship are a clear indicator that he has established himself quickly in the senior team.”

“I believe the doctors from the National Anti-Doping Agency (NADA) must be present in every state-level tournament, institutional-level tournament, national-level meets, etc. The NADA doctors must be given a free hand to conduct random testing at these events. Any tournament for both men and women would have 20 categories, which means you need at least one doctor for each weight category – so at least 20 doctors must be present for one tournament. Such an exercise will help nip doping cheats in the bud,” Sharma makes his stand crystal clear.

One hopes that India’s eye-catching performance at the recent Commonwealth Wrestling Championship will trigger a new chapter in Indian weightlifting!