India finished at 23rd spot with nine medals, including two gold and two silver - their best ever finish at the World Para Championships. 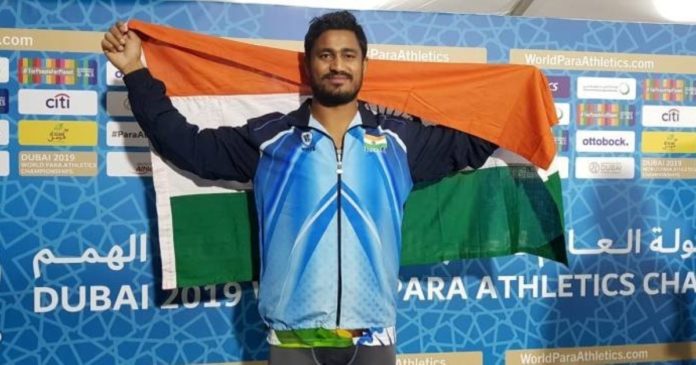 The World Para Athletics Championships 2019 ended with a bang as six world records were broken on Day 9, also the last day of the event, that was being held at Dubai. All in all, the fortnight saw 50 World Records being broken – 16 more than the mark of 34 world records that had been made in the last edition in London, 2017. China topped the medals tally with 25 gold medals, while Brazil and Great Britain earned 14 and 13 golds to finish second and third respectively. India finished at 23rd spot with nine medals, including two gold and two silver – their best-ever finish at the World Para Championships.

The Indian athletes also managed to grab 13 spots for the Paralympics that will be held next year in Tokyo. All the medal winners gained a direct event to the Paralympics.

India surpassed their previous best performance of five medals that they won in the London 2017 World Championships, with an inspired showing at Dubai. Javelin thrower Sandeep Chaudhary bagged India’s first gold in the F64 event as he bettered his own world record of 65.80 metres in the F44 category, while Sumit Antil too stole the show as he came second and also bettered his world record by sending the spear to a distance of 62.88 metres in the F64 category.

India’s second gold came late in the event when Sundar Singh Gurjar managed to overcome his shoulder injury to defend his London Worlds 2017 title. He also became just the second Indian para-athlete to claim two World Championship medals after Devendra Jhajharia’s feat – where he won gold in 2013 and a silver in 2015.

Gurjar hurled the javelin to 61.22 metres as he tumbled Sri Lanka’s Herath Mudiyandelage for top honours. Ajeet Singh managed a throw of 59.46 metres to settle for a bronze in the event, as India clinched two more Paralympics berths.

The World Para Championships also had quota places on offer to athletes who finished fourth in their respective events. India had four players who narrowly missed out on a bronze medal, but they were rewarded with a spot to Tokyo 2020. The four athletes who qualified for the Paralympics are Discus Thrower Vinod Kumar, Javelin Thrower Rinku Hooda and Praveen Kumar, who will participate n the high jump event.

Ekta Bhayan was the only female athlete to earn a spot to the Paralympics after she came fourth in the Club Throw F51 event.