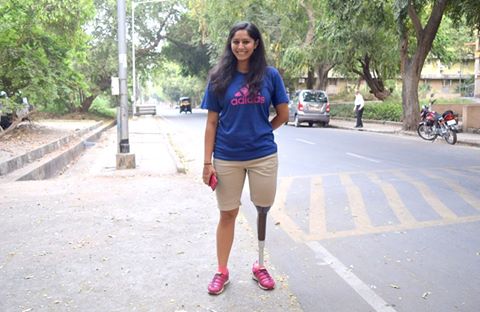 Indian duo of Ruhi Satish Shingade and Raja Magotra stormed into the semi-finals at the on-going Para-Badminton Championships in the XD SS6 category to seal India’s first podium finish.They got the better of Luke Missen and Kobie Jane Donovan in a two-set encounter with scores of 21-15, 21-9 in Ulsan, South Korea. they are likely to face Andrew Martin and Rachel Choong in the semi-finals.

Ruhi Shingade is a former bronze medalist in the mixed doubles event, winning it alongside Prabhu Kanamadugu in the SS6 event at the Championships two years back. While Raja Magotra fought bravely but lost his quarter-final match to Great Britain’s Krysten Coombs in the SS6 category earlier today.

Meanwhile, the WS SL 3 event will see an all-Indian semi-final clash between Parul Dalsukhbhai Parmar and Manashi Joshi. This ensures India of another 2 medals, a bronze and a silver with a bright possibility of clinching a gold in the event. Parul is the top-seeded player in the WS SL 3 event.

Manasi Joshi lost her leg back in an accident back in 2011, but she never lost hope and continued to play Badminton winning a silver medal at the 2015 Para-badminton Championships in England. Parul Dasubhai Parmar is an Arjuna awardee and a gold medalist at the 2014 Para Asian Games in Incheon, South Korea. She is a Gandhinagar-based Badminton player who suffers from poliomyelitis and has difficulty in walking.

With three medals already secured in the on-going Championships, the Indian shuttlers are making their presence felt, it will be interesting to see how the medal tally weighs at the end of the meet. During the last edition, India finished third in the table behind South Korea and hosts Great Britain with 4 gold, 3 silver and 5 bronze medals.

The 2017 Para-Badminton World Championships will continue until the 26th of November, Sunday and is the last big event before the sport makes its Paralympic debut in Tokyo three years from now. As of today, there are 22 sports in the Summer Paralympics and 5 in the Winter Olympics. The 2020 edition in Tokyo will be the 16th Summer Paralympics.