Home News I was always willing to travel to Pakistan for Davis Cup match:...
NewsTennisWhat's Latest

I was always willing to travel to Pakistan for Davis Cup match: captain Rohit Rajpal 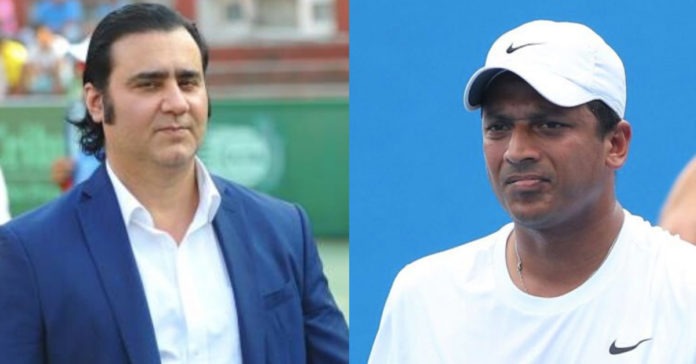 The Indian non-playing tennis captain for the upcoming Davis Cup encounter against Pakistan, Rohit Rajpal, has stated that he would not have had an issue travelling to Pakistan even if the tie was held in the country. The International Tennis Federation (ITF), after much deliberations, decided to shift the clash out from the country to a neutral venue keeping in mind the increasing political tension between India and Pakistan.

“It was all a little too last minute, We came to know around 11 on November 4 that the tie is being shifted to a neutral venue. Before that, everyone was bound to go to Pakistan, and we were sorting out our logistics. We had started talking to the players and we did not have any issue if we were to travel to Pakistan,” Rajpal was quoted as telling the ANI.

Rajpal had been chosen as the captain of the team over Mahesh Bhupathi, after it emerged that the latter was not willing to travel to Pakistan due to security reasons.

The AITA CEO Akhouri Bishwadeep had revealed that the former double’s star was not available for the clash, which was refuted by Bhupathi. “Personally, if the AITA feels that somebody else can do a better job, that’s fine. But after 25 years of playing the game and for India, if someone says that I wasn’t available for national duty, that is unacceptable,” Bhupathi had earlier told TOI.

Speaking about the controversy, Rajpal said, “I believe that the relation between the AITA and the players should be better, and there needs to be more trust between both. Certainly, I do feel it needs to be more interactive and I would urge the players to use the AITA services in a more collaborative manner.”

“Leander and Mahesh are legends of the game. It is not as if someone is not willing to travel to Pakistan, they are not doing national duty. Everybody has a different stand to the issue.”

Despite the Pakistan Tennis Federation appealing against the shift in venue, the ITF went ahead, and Rajpal is now awaiting the confirmation of the venue before announcing the final squad.

The Davis Cup Asia/Oceania Group I tie will be held from November 29 to November 30. Umaima Saeed - January 24, 2020
In a heart-warming gesture, Gokulam Kerala FC will donate the revenue from their ticket sale from their next I-League match against Churchill Brothers to the family of late footballer Dhanarajan Radhakrishnan. The match will be played on January 26.
Read more