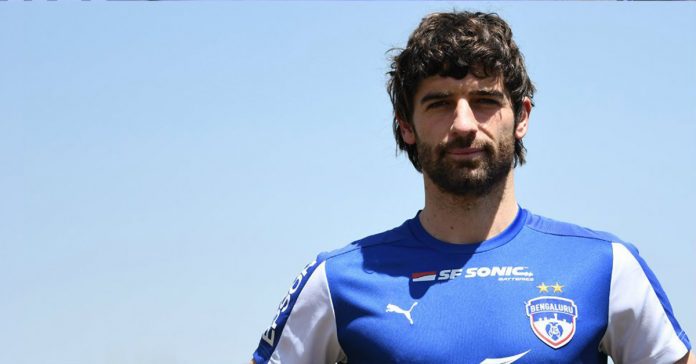 I-League side Quess East Bengal FC rope in former Bengaluru FC midfielder Victor Perez Alonso till the end of the current season. Victor Perez is a defensive midfielder and can be the possible replacement of outgoing Marti Crespi.

Alonso is a La Fabrica product and began his playing career with the Real Madrid Castilla. He moved to the second team of Getafe before signing his first professional contract with the same team in 2006. After plying his trade in the Spanish Second Division for 5 years, he made his debut in the La Liga with Real Valladolid in 2012 after being part of the Castille and Leon side which gained promotion to the top division.

During his 5-year stint at Real Valladolid from 2011 to 2017, he was loaned out for all the four seasons, the side played in the La Liga. He played for Levante, Cordoba and Alcorcon in his loan period and also had season stint in the United States with Chicago Fire in the Major League Soccer.

After being released by Bengaluru FC, Victor Perez Alonso had to wait for 6 months to get his new club. He joined Lithuanian top-division FK Zalgiris before he was released in January 2020. With news of Kassim Aidara, Marti Crespi and Jaime Colado on the oust list of East Bengal, the Red and Golds have secured the signature of the Spanish defensive midfielder to boost their midfield before their I-League game against Minerva Punjab.

East Bengal are placed 10th on the table and need a desperate win to get out of the relegation zone.

The Indians were earlier scheduled to leave on 28 February, but the decision was taken by the Boxing Federation of India (BFI) after the squad were left stranded in Assisi, Italy when the airport at Milan shut down due to the coronavirus threat.
Read more
Football