The lack of opportunities for women coaches in hockey 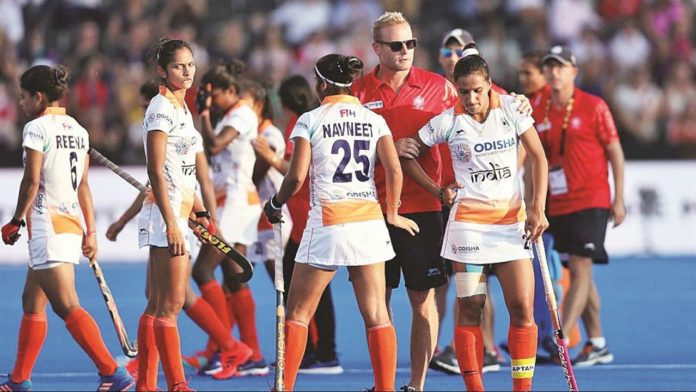 ‘Women in leadership roles’ has been a long contested notion across institutions, while there has been a gain in momentum towards the topic of gender parity in political circles around the world, sports is another field where this discussion has caught limelight.

Discussions on topics of gender equality have been continuing for generations now, but it was the Fédération Internationale de Hockey (FIH ) in 2016, which leapfrogged the process of discussions and went towards implementation of their Gender Equality Policy, which speaks about having a 50/50 divide in its international committee, having an aim to extend gender equality in the governance of Continental Federations and National Associations to smaller but nevertheless, issues of utmost importance such as, using gender fluid terms in governance documents and much more.

Along with this, to set an example in the world of sport they started a movement called #PledgeForParity, a revolutionary movement if it can come to fruition, which speaks about coaching women as elite coaches in international hockey.

Speaking of women as coaches in international hockey, especially in the women’s game itself, out of the top 12 teams in the world, only three women are in the driving seat as coaches namely, Great Britain’s Karen Brown, Netherlands’ Janneke Schopman and Australian Alyson Annan.

For the longest time, there were teams and federations alike, who could not fathom that women too can be coaches of prominent sides, let alone be able to see one at the top spot.

This scenario of lost chances for women in leadership positions does not only limit itself to national teams in international field hockey but also extends to teams of the Pro League and the biggest club hockey competition in the world, The Eastern Hockey league , where once again men were seen as coaches of the ladies team even this year.

On speaking to the three ladies who now have become flag bearers of gender equality in International hockey, the FIH noted that all three had different reasons to cite for the ongoing issue, on speaking to the FIH this is what they had to say :

As an assistant coach to Great Britain, Karen Brown’s attitude is unbiased. She said, “Sport is slightly behind other industries when it comes to gender equality, but it is catching up. However, you have to be realistic – you cannot just flood the market with female coaches, they have to have the right qualities and the right skill sets.”

Annan, who is the head coach of world number one ranked the Netherlands, has a slightly different opinion. She said, “I think there may be reasons to run women-only coaching courses, but there are already some very good female coaches out there in some of the lower-ranked national sides. A little support via FIH coaching courses will help to break down some barriers to female coaches.”

Janneke Schopmann is now an assistant coach to the USA national women’s team. She said, “I can only reflect on my own experiences in the Netherlands and now working here in the US. I think it has to do with culture. In the USA there are a lot of female coaches, the majority of the D1 college coaches are female, you also see a lot of female coaches in the female sports. In the Netherlands, coaching is more male-dominated and not just in hockey.”

“Some players said to me they didn’t want a female coach and when I asked ‘why?’ they just shrugged their shoulders and said that’s what they were used to and how they liked it. I do think that is changing though.”

“If I look at myself and think about the choices I have made too, I don’t necessarily think that women want to pursue a coaching career full-time. Pursuing a career as a high-level coach needs a full-time commitment and comes with a lot of demands and responsibilities. In that respect, I don’t see many differences with women in high positions in business. Although the numbers are increasing, there aren’t nearly as many women at that level as men.”

The Bridge in its attempt to always provide authenticity dug deeper and spoke to Daisy Lowe, head coach of the Cardiff and Met Ladies teams in the United Kingdom, and this is what she had to say.

“Women are seen as less knowledgable than men, and a lot of coaches (male coaches already in higher positions) won’t take ladies on as they don’t have enough experience, but how are they supposed to gain experience if they aren’t given the chance to do so.”

On being asked about the problems she faced as a lady head coach she said, “Men in leadership positions don’t always like to listen to the ladies”.

What Is The Solution?

To start a process where a few years down the line we in the media do not have to write articles or federations do not need to come up with resolutions, is to start from bottom up. The first step towards this could be to hold training programmes for coaches in each of the top 12 countries (for starters) in order to show the women over there that this is another trajectory for their career in the sport after playing hockey at the highest level. The women need to be aware of the options in front of them in order to aspire to be at the top spot one day.

This step could be followed by multiple other steps including equal representation of women and men on the selection panel, which would decide the fate of the women who have undergone training and having a rule in place which would not allow people who already coaches to have a say in the decision of the selection panel.

While these steps need to be taken at the international federations level, a step national federations could take is to give enough job security to the women once selected as national coaches in the form of giving them authority enough to make their decisions binding, justified maternity leave, equal pay, allowing them to travel with their family for tours of longer duration if not always, among many other steps that could be taken to resolve the current crisis.

(With inputs from Jimmy Bhogal, founder of Give Me Hockey)

The six hockey players who contracted COVID-19 last month have integrated with the rest of their teammates and are close to reaching peak fitness,...
Read more
Baseball