The Indian women’s hockey team had quite a busy roster so far in 2019. Since the beginning of the calendar year, the women in blue, led by Rani Rampal have been part of six tournaments. Starting their journey from Spain to their latest tour of Great Britain, the team has tasted success going by their overall performances, winning six of the five tournaments and one ending as a draw.

The focus now shifts to their two most important matches this year at the Olympic qualifier. While the Indian men’s hockey team can be pretty optimistic about a win with a tie against Russia, Rani & Co will be up for a tricky challenge against the USA. After a gap of 36 years, the Indian women’s team returned to the Olympic fold in Rio 2016. India will try to replicate their performance and ensure a berth at the hallowed event again in 2020. The team now oozes confidence backed by their series of recent performances.

One of the many aspects the Indian team can be upbeat about is their mental fortitude. With the team eyeing Olympic qualification this year, the team management for the first time roped in a psychologist in January who now travels with the team on tours. Almost every member of India’s women’s hockey team, including the reserves, spends around 300 days away from home. These players battle homesickness, loneliness and mental fatigue. This, in turn, affects performances. To address these concerns, the management felt it was essential for a full-time psychologist to travel with the team. Priyanka Prabhakar, a psychologist, associated with the Sports Authority of India, has become a part of the Indian women’s hockey team family.

Chief Coach Sjoerd Marijne, realising the need to work on improving the mindset of the players was quite convinced on the positive impact a psychologist will have on the team. In an exclusive with The Bridge, he said:

Priyanka though has been associated with the team for a couple of years, she has been officially touring with them since January. Owing to her presence, the team has not only received a big morale boost but also it has paid dividends in their performance. The Eves, who used to sometime crumble in pressure earlier, now keep a head-on approach. In 2018, the team reached the final of Asian Games in Jakarta with stupendous form by their side. However, they lost to Japan in the final.

This year, India met Japan thrice and defeated them thrice — once in the final of the FIH Series Finals and twice in the Tokyo Test event. “There are several things, like building confidence, giving and one-on-one receiving feedback, developing good communication, taking responsibility, and working on as a team — these are the particular aspects that Priyanka have focussed on to improve the team’s mental conditioning,” says Sjoerd.

Among other tactical development, the presence of a psychologist has paid dividends for the team, which can also be adjudged by the numbers. In 2018, India had played a total of 27 matches, where they won 15, lost eight and drew four, which included disappointing final losses at the Asian Champions Trophy and Asian Games. Whereas, in 2019, India have won the major share of the tournaments they have played. Out of the 28 matches, Rani’s team won 16, drew nine and lost only three. “It wasn’t a one-day miracle, and we had to wait for the changes to reflect patiently. It is a process that the team underwent that reflects in their performances today,” said Sjoerd

The confidence of the team will be further bolstered by defeating the USA to reach Tokyo 2020, and to do that in front of the home crowd will also be a big shot in the arm.The men’s and women’s qualifying events will be held simultaneously at the Kalinga Stadium in Bhubaneswar on November 1 and 2. The format will see both the teams playing two matches each against their opponents, with the winner (aggregate) qualifying for the 2020 Olympics.

India last played the USA at the 2018 World Cup in London. The match ended in a 1-1 draw. Though the overall head-to-head record goes in favour of the USA with them winning 16 of the 29 matches been played between the two teams, a lot has changed in the past one year, and interestingly, India (9) are ranked higher than USA (13) in the FIH rankings. Sjoerd concludes:

Riding on their consistent performance, India even managed to hold the higher-ranked England team in a series draw at their own home. And they are not at all ready to miss out on Olympics berth as they did in 2012 after going down against South Africa in Delhi at the final of the Olympic qualifiers. 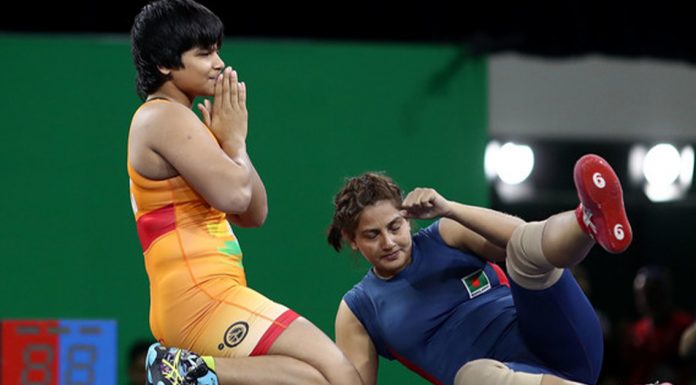 Team Bridge - February 28, 2020
The Asian Olympic Wrestling Qualifiers have been deferred indefinitely. There is no confirmation on the next date and venue. The Kyrgyzstan government has issued a directive to stop and defer all sports events in the country till next order in wake of the Coronavirus (COVID...
Read more