Home Hockey Dear Rani, you are already the star; don't have to seek votes...
FeaturedHockeyNews

Rani Rampal has been nominated in the 'People's Choice' category, what has been baffling is that Rampal has literally bombarded social media with tweets addressed to celebrities, asking for votes.

India’s women hockey star Rani Rampal was nominated for the ‘World Games Athlete of the Year’ award by International Hockey Federation earlier this month. The skipper became one of only 25 sports stars to be nominated for the prestigious award from different sports by their respective international global bodies.

Rampal had helped Team India qualify for the 2020 Tokyo Olympics after a stellar performance in the Qualifiers last year. This will only be the first time in the history of the Games that the Indian women’s hockey team will participate in two editions.

The Indian has been nominated in the ‘People’s Choice’ category, the voting for which ends on January 30. While the selection, the nomination and the recognition is a matter of great honour for a nation that has not made serious progress across sports, what has been baffling is that Rampal has literally bombarded social media with tweets addressed to celebrities, asking for votes.

From the Prime Minister Narendra Modi to Bollywood actors like Farhan Akhtar and Sushant Singh Rajput, Rampal has sent out a tweet to them all, asking them to vote for her, to ensure that she emerges as the winner.

While the excitement is all too palpable, Rampal should be aware that her performances have enough weight to see her through. She is currently the highest voted athlete, with more than 1.3 lakh votes, almost 50,000 votes ahead of the second-most polled star Stanislav Horuna of Ukraine. He has been nominated from Karate.

Another aspect worth remembering is that, while, the social media users from India might be quick to jump the gun and criticize their sports players, they often find a way to unite when it comes to defending their stars on the global platform. The votes received by Rampal is evidence of that very fact.

Hence, as the hockey star goes about tweeting to celebrities who might not bat an eyelid, the real sports fans, who have noticed her and have applauded her efforts, have rallied their support behind Rampal.

The Government of India has sent a questionnaire to the Badminton Association of India (BAI), seeking clarity on health status of the Chinese shuttlers, scheduled to travel to the national capital for next month's Indian Open.
Read more
Cricket

Indian women’s cricket team has really come to the party at the 2020 ICC Women's T20 World Cup being played in Australia. The Indian...
Read more
News

The Asian Olympic Wrestling Qualifiers have been deferred indefinitely. There is no confirmation on the next date and venue. The Kyrgyzstan government has issued a...
Read more
129,466FansLike
11,148FollowersFollow
6,727FollowersFollow 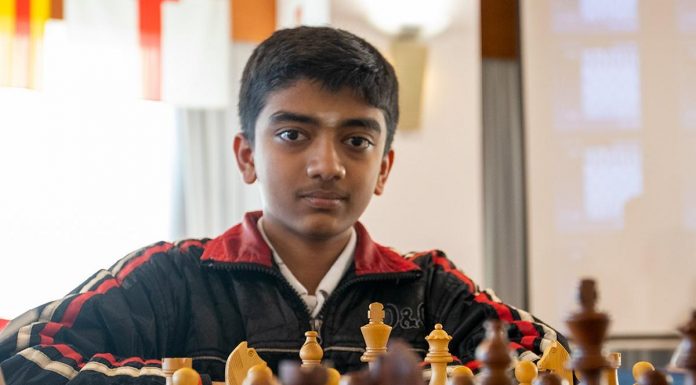