As it happened, the Indian men’s and women’s hockey teams started their campaign in the FIH Olympic Qualifiers on Friday. The matches are a two-legged affair with the second leg being played on Saturday. While the men played 22nd-ranked Russia, the women were up against 13th-ranked USA.

The women’s team put one foot in the Tokyo Olympics next year by registering a 5-1 victory over the United States in the first leg, and the men’s team also ensured a job half-done through scraping a 4-2 win. However, the key takeaways form both the matches remained how the first round of the qualifiers proved all predictions wrong. As opined by experts, the women’s team who were expected to face a tough challenge were left breathing easy, and on the contrary, the men’s team who earlier had defeated Russia 10-0 in the FIH Series Finals, were left somewhat worried by the latest result.

Rani Rampal & Co outlived all expectations and showed spectacular display of might to put a dent to the American dream — producing a match that will always be remembered. The win saw a reversal of favour in India’s way. A massive chunk of credit goes to the skipper Rani, who lead from the front and was adjudged the Player of the Match. Also, Gurjit’s prowess with drag flicks has made her now the reliable goal machine for India as her goal count goes to 22 this year. India scored four goals in 11 minutes after the halftime mark. Though the 13th-ranked away side got a host of chances to reduce the deficit in the dying minutes, but it was not enough.

On Saturday, the US team will try to not let the four-goal margin affect them, but Sjoerd Marijne’s girls seem well composed to avert the mishap.

Moving on to the men’s team performance, rankings hardly dictated the first of the Olympic Qualifiers as world no. 22 Russia proved their mettle against eight-time Olympic champions India (ranked 5th) despite ending on the losing side. The vast gap in the rankings didn’t stop Russia to dish out a tough contest despite their 2-4 loss to India.

Though it did not turn out to be a seesaw battle, the Indian side was left on tenterhooks till the third quarter with the possibility of a Russian equaliser looming large. Though starting the match brilliantly with a goal in the 5th minute, India looked lost in the defence and lacked sting in the attack. The first goal by the Russian side found Rupinder completely unprepared when an aerial ball pass penetrated the Indian defence, and Andrey Kuraev picked up the loose ball to guide his shot past Sreejesh. The visitors barely faced quality interceptions during high-pace attacks. Mandeep Singh rose to the occasion and with his brace saved the team against Russia. Much credit goes to its Russia’s lively forward line which, despite lacking quality finishing, put the Indian defence under pressure for the majority of the game. Goalkeeper Marat Gafarov stood out with his stunning saves in the final quarter which kept out two goals.

Despite having a powerful penalty corner battery comprising Harmanpreet Singh, Rupinder Pal Singh as well as Nilakanta Sharma, they squad failed miserably failing to convert all five of the PCs India won. The midfield gameplay looked weak, and the goalkeeper swapping strategy did not prove any dividends.

Most people had turned up at Kalinga stadium expecting a goal-fest but instead witnessed an intense game where visitors gave the home side a run for their spot at the Olympics. Though eventually, India won the match, the scoreline could have been different.

The Russian side would be very satisfied after such result, which was a major change in the scoreline — coming back from an 8-0 and 10-0 thrashing by India earlier. The latest performance have also been able to sow some self-doubt among the Indian players as well. Going to Saturday’s second-leg encounter, India would be aware that they were not as good as it was expected of them and will aim to switch their gear this time.

Rowing in India over the years has had to grapple with multiple constraints in being alive and kicking across the country. Of course, if...
Read more
Hockey

It could well have been a scene that was tailormade for a blockbuster and the tension was nothing short of palpable. The anxious crowd at...
Read more
148,815FansLike
13,682FollowersFollow
7,894FollowersFollow 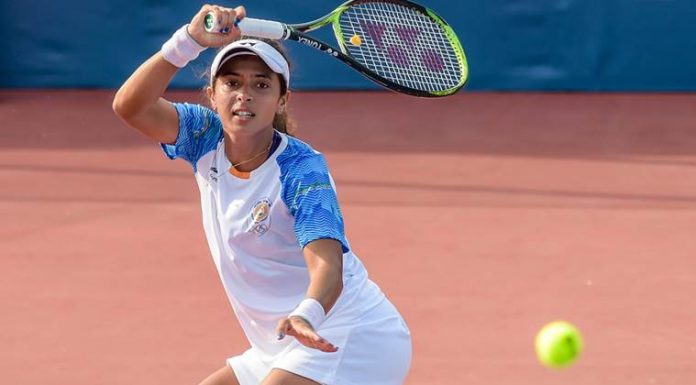 Press Trust of India - Modified date: September 24, 2020
Ankita Raina could not go past the second round at the French Open qualifiers, suffering a straight set defeat against Japan's Kurumi Nara, here on Thursday. Ankita, India's top singles player, lost the second round contest 3-6 2-6 in one hour and 21 minutes. Just...
Read more