IndianOil, once again reached finals of the century-old prestigious Beighton Cup Hockey Championship on Monday at Sports Authority of India’s (SAI) Kolkata complex. They defeated Central Secretariat 2-0. The team will be meeting Punjab National Bank in the final. This is going to be their 7th final in the 123rd Beighton Cup and IndianOil holds a fantastic record of clinching the title five times out of their previous six appearances in the final.

Still, Deepak Thakur did not seem to be content with the team consisting of five current India internationals. Deepak was a former India international. During his playing career, he was called ‘lightning Deepak’ for his sublime speed. His combination with Gagan Ajit and Prabhjot Singh had given torrid time to a lot of world’s leading defenders at that time. Deepak, also an employee of IndianOil since 2000, has been in charge of the team’s men’s hockey team since 2017.

Sharing the information that most of the country’s international hockey players have been nurtured by IndianOil at the time of their grooming stage, Deepak said, “IndianOil has been promoting Indian hockey for more than 15 years. Every year we win a lot of trophies. It is our seventh Beighton Cup final, and we already have bagged five trophies.”

But statistics are not the most important thing to cherish for Deepak Thakur. Rather he seems more enthusiastic about the organisation’s initiative for promoting the grassroots programmes. Every year, IndianOil provides scholarships to 15 to 20 budding athletes from across the country.

Besides, Deepak has been appointed as the director of Khelo India project in Chandigarh. He explained:

The organisation is silently promoting hockey in other directions as well. Deepak revealed he was the country’s first international to introduce hockey in Mauritius. The two-time Olympian and Arjuna awardee said, “I was in Mauritius for two years as a project director to develop and spread the game in the country. During this time, I had set-up an informal cultural exchange programme between IndianOil and Mauritius, where promising junior players are inducted to learn and eventually grow the standard of the game.”

Deepak is optimistic about the men’s national hockey team’s chances at the 2020 Tokyo Olympics. He opined that Indian men’s players have gradually adopted the European style of play under the training of European coaches in the last 7-8 years. But at the same time, Deepak concluded, “I personally feel along with the European style of play, if the players also can mix Asian styles which mainly consisted of individual skill then they will be deadly against any top team in world hockey.”

The Junior Indian Women's Hockey Team were preparing for the 2020 Women's Hockey Junior Asia Cup in Kakamigahara, Japan which was to begin on...
Read more
Fitness & Wellness

On Sunday, 12th October, 2014, at the Salt Lake Stadium, Atletico de Kolkata kicked off against Mumbai City FC in front of a packed...
Read more
Haryana

Popular known as Flicker Singh in Indian Hockey, Sandeep Singh has a comeback story like none other. Portrayed by Diljit Dosanjh in the movie...
Read more
Hockey 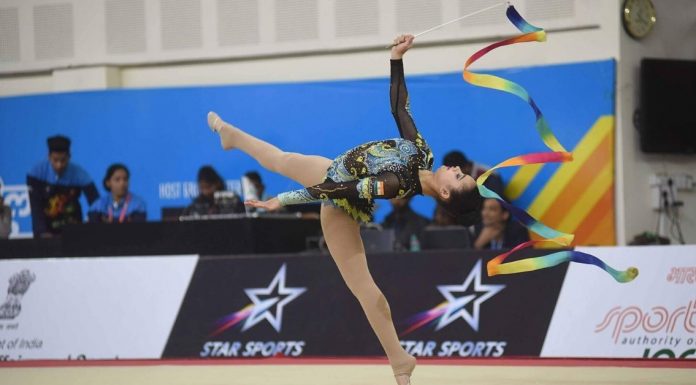