It’s a season for firsts for India as the 16-year-old Dhanush Srikanth becomes the first shooter with hearing impairment to bag medals at an Open International Meet. The boy from Telangana, with dreams in his eyes and hope in his heart, aimed for glory when he took part in the Asian Shooting Championships in Doha. In his debut outing on the international circuit, Dhanush brought home gold medals in the Men’s Junior categories of 10m Air Rifle Individual, Mixed Gender and Team events.

Dhanush put up a stiff fight in his final showdown against China’s Xuanle Jiang. With a very close margin battle, it was Dhanush who edged past the Chinese by 2.5 points. In the end, Dhanush had notched a 248.2 score while Jiang had to settle for silver with a 245.7 score. Fellow Indian, Shahu Tushar Mane bagged the bronze with a 226.4 score

It wasn’t exactly smooth sailing for the hearing impaired boy as he was given a yellow card just before he took his final shot. Participating in his first big international tournament, Dhanush had nervous fingers and he started loading the pellets before the range official had issued a command. This caused him to get a warning but that didn’t unnerve the boy from Telangana as he shot a 10.6 in his final aim.

In other news, the student of Gagan Narang’s ‘Gun for Glory’ Academy, paired up with Shreya Agarwal, also an Academy-mate to take on the Chinese pair of Jiang and Zeru Wang. The Indian duo took home the gold in that too when they defeated the Chinese by 16-14. In the team event, Dhanush, Shahu Mane, and Hriday Hazarika bagged the gold after putting up an admirable combined score of 1877.1, in the final. 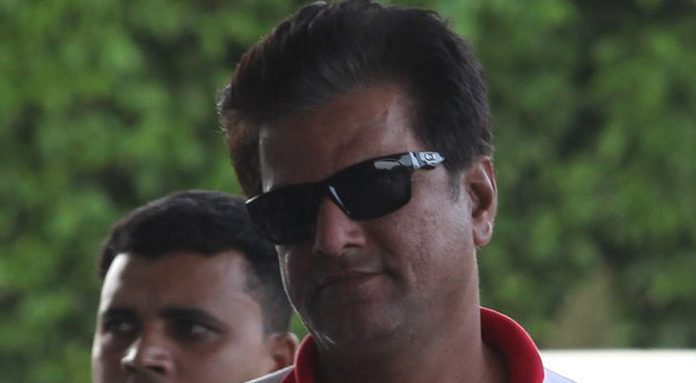 Sohinee - January 19, 2020
The stars are predicted to align for the Indian women's cricket team ahead of the upcoming T20 World Cup and Head Coach WV Raman has a strong feeling about it. The 2020 edition of the T20 World Cup that is due to...
Read more