The all-Indian men’s singles final saw two of India’s most prominent players go up against each other. 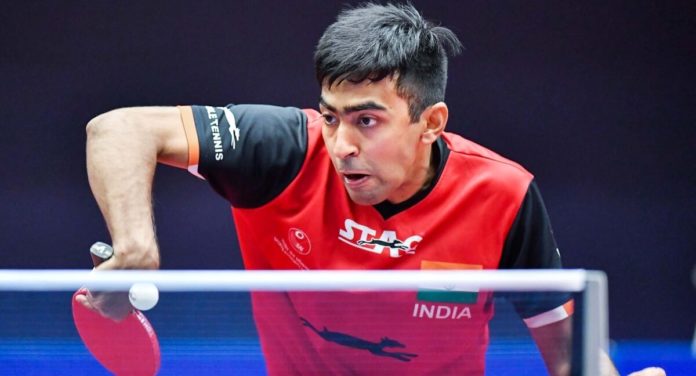 Ace Indian paddler Harmeet Desai continued his impressive campaign in the international circuit as he staved off a strong challenge from his compatriot Amalraj Anthony to win the gold medal in the ITTF Challenge Indonesia Open 2019 in Batam, Indonesia on Sunday.

In an all-Indian men’s singles final that saw two of India’s most prominent players go up against each other, it was Harmeet who started on the front-foot winning the opening challenge 11-9 before losing the next game 9-11 allowing Amalraj to draw level.

Ranked 104 in World, Harmeet took control of the proceedings and won the next two games by an identical margin of 11-9 to go 3-1 up in the match. Amalraj reduced the lead by winning the next game 12-10, but the reigning Commonwealth table tennis champion did not commit further errors and went on to win the sixth game 11-9 to seal the match 4-2 and win his second international title of the year.

Both the players looked in ominous form in the previous rounds getting past their respective opponents with consummate ease. Harmeet trounced Yuto Kizikuri of Japan and Siu Hang Lam of Hong Kong by the same scoreline of 4-2 in the quarters and semis respectively, while Amalraj picked two 4-0 victories over Joao Monteiro of Portugal and Ibrahima Diaw of Senegal in the round of eight and four.

Meanwhile, both teamed up in the men’s doubles event and were equally impressive making it to the semifinals of the championship. Playing against a formidable Hong Kong pair of Man Ho Kwan and Siu Hang Lam, they came up with a spirited challenge but unfortunately capitulated 3-0 (7-11, 9-11, 9-11) to bow out of the tournament.