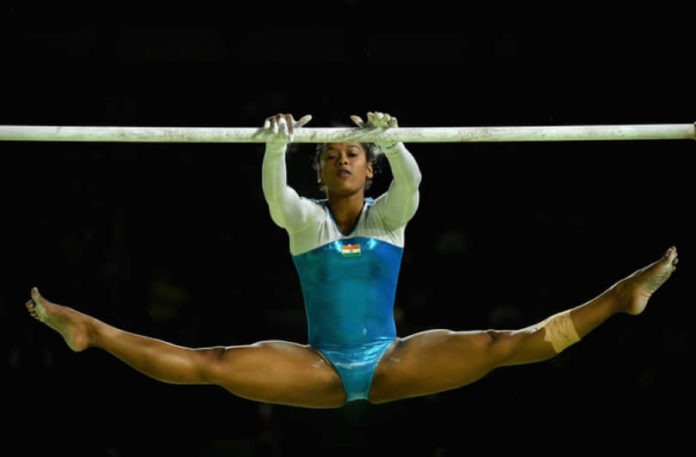 Pranati Das, the world cupper female gymnast from West Bengal, has been axed from the ‘centre of excellence’ programme of SAI Kolkata centre. Naturally, in October, she was also asked to leave the SAI hostel.
Das was ousted from the permanent list of athletes at the SAI hostel due to indiscipline. For the last one year, Das, whose score in the World Championship in October was 45 points, has been included in ‘come-and-play’ scheme as an outside athlete.

While explaining about her situation to The Bridge, Das said, “I returned to SAI after the scheduled time. They have some strict disciplinary actions. They do not even allow athletes to leave the campus even if any of your relatives or parents become ill. After a long time, I had gone to meet my parents and relatives. There I fell and couldn’t return back to the SAI hostel before the scheduled time. Though after returning, I submitted relevant medical papers, still I was asked to leave the hostel even after living here for the last ten years.” She further added, “My plea to the Regional Director went in vain as he did not respond with any positive reply.”

Das has been training at SAI alone for the last one year as her coach Joy Prakash Chakrabarty also has been asked not to come to SAI to train his student. It was a difficult time for the gymnast initially, but as days passed, she was able to cope up with. She used to take advice from her coach over the phone every day. She added, “A coach has been appointed for gymnastics. But how can I excel without the presence of that person whose tutelage for the last ten years has built me and helped me deliver the best?” At the same time, Das revealed, “Dipa Karmakar also used to give required tips often. Even her coach Bisweshar Nandi had given me advice during that time.”

Joy Prakash Chakrabarty, whose training has helped Bengal produce 14 international gymnasts so far, has retired as SAI gymnastics coach in 2015. Still, he used to come to SAI Kolkata till January 2019 to train his students. Then he was finally asked not to continue. SAI Regional Director, however, could not be contacted for his reaction on this issue. He is reportedly on leave. It also has been learnt that a new Regional Director will join the Kolkata centre in December.

Chakrabarty, while speaking from Agra over the phone said, “The sports ministry is likely to implement a new proposal regarding this issue. That is, in spite of retirement, a coach will be allowed to train his or her students, utilising the infrastructure of SAI. I am waiting for the implementation of this proposal. Then I will write to the sports ministry to allow me to go to SAI and train Pranati.”

Chakrabarty exclaimed, “I was called at the national camp to train Pranati before World Championship and only in two months’ time, Das scored 45 in such a tough tournament like World Championship. So, if I get more time to train her, she will perform better.”

The U17 Women’s World Cup, which was rescheduled to take place sometime between February and March 2021, may suffer yet another setback with the...
Read more
Football

The seventh edition of the Indian Super League (ISL) is set to kick-off in the last week of November in Goa and the League has...
Read more
Coronavirus

India should come out of the COVID-19 pandemic in "one piece" if it resorts to youth empowerment, leverages the digital landscape and faces the...
Read more