Table Tennis in Naihati: A story of two clubs on the verge of sinking 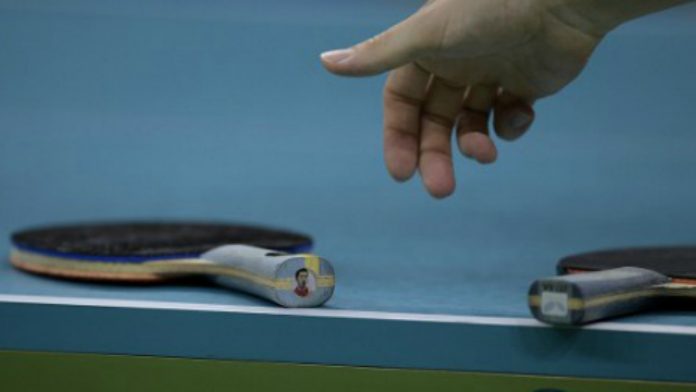 Table Tennis is a sport in which India has performed extraordinarily well in the past 12 months. Manika Batra and Gnansekeran Sathiyan have now become household names following the Sharath Kamal era. Sutirtha Mukherjee, one of India’s most exceptional talents at the present moment is making quite a few headlines. The Bridge took a trip to the club where she began her career, which is situated place which has produced numerous talented players in the past and present.

Naihati, a suburban town in West Bengal’s North 24 Paraganas District is quite a busy place and is well known for being the birthplace of one of India’s most celebrated Novelist Bankim Chandra Chatterjee.

But in the sports fraternity, the region has gained global fame due to the constant production of top-notch Table Tennis players from its academies. Once the hotbed of West Bengal’s Table Tennis and also at the National level, the clubs are now living life on thin ice due to lack of financial assistance and negligence of the district authorities.

Also read: Staying in the loop: The endurance of Mouma Das

The tale of a table tennis hub

Once known as the “Doridro Club”, which in Bengali means “Poor Club”, the Table Tennis Academy run by Mihir Ghosh has evolved as the days rolled.

Creating an impact on West Bengal’s Table Tennis arena was just the beginning with more significant feats to follow. Nurturing National Champions Anirban Ghosh to producing Olympians in the likes of Sutirtha Mukherjee and paving the future of Indian Table Tennis by grooming up youngsters like Ayhika Mukherjee, the “Rishi Bankim Club” has seen it all.

The one common factor in all of the above phenomena is the mastermind Mihir Ghosh, a coach who plants the correct seeds and waters them to perfection before it grows its branches and finally reaps the fruits!

Walking through the hall, it was a treat to watch the little ones smashing a few with their rackets. The ping pong sound coming from different corners amplified to create an intoxicating atmosphere. A group of 15-20 kids queued up in front of the corner table while a senior was shooting multi-ball from the other side. Everyone present sinks in the game which reminded the author of his playing days.

Uttam Bhaduri, the second in command at the academy is the one who takes care of most of the technical things when head coach Mihir Ghosh is not around. In a detailed discussion about the regular schedule at the club, Uttam points out the virtues and vices of this extraordinary academy.

The plan of action

A disciplined itinerary is followed daily based on which the students benefit.

The group of the elite players including Ayhika Mukherjee undergoes a tedious session each morning, which is overseen by Uttam personally. The one-hour physical training starts at 6 am in the morning while the player’s take the board from 7 am and gets over at about noon.

The sessions are simultaneously in three sections of the club, with one of them allotted for the senior players while the other two for the beginners and the advanced level paddlers.

A separate space has been carved out beside the academy for physical training early in the morning each day.

“The beginners camp starts from 4 p.m. and continues till late night. The advanced players who are ranked in the State start their sessions from 4.30 pm and continue till 9 pm in the night. First, they play among themselves, following which they get personal training from the coaches,” addressed Uttam.

The coaches identify the players who are ready to push in further and they are likewise groomed with individual attention.

“If we pick and choose five students and observe their game, we have the eye to recognise the ones which have the potential to take their game to the next level. We give preference to these students and conduct special training hours in which I and Mihir da try to work on how to improve the player. The players are quite flexible, so we call them when the time is favourable for a session of one to two hours,” Uttam says.

There are instances where budding talents could not meet up to the expenditure the game demands, but the club has always lent a hand of support to those players. The coaches always encourage them to play well, not to aim for the top spot. Maybe that is the reason behind their success, the freedom, the support, the guidance which all adds up to the cause.

“We have a girl in our academy coming from a weak financial background, but she has played the semi-finals in the Nationals. The club has helped her in a lot of ways, and I have helped her too. We have provided her with new rubber and ply.”

To be honest, Table Tennis can be quite an expensive sport because the rubber needs to be changed in intervals. Then the cost of glue and other accessories like shoes also needs to upgrade.

A sum of Rs. 2, 00,000 has been awarded by the honourable chief minister of West Bengal for the development of the club, but that is only a meagre investment and nothing much can be done with it. The days are gloomy under the metallic roof now, but many dreams are yet to be fulfilled.

Maybe the glory days will return to the club once more, but for now, it has to survive amidst difficulties!

“With the increasing cost of boards, matting and other accessories, it has become challenging for us to provide the players with adequate facilities which are required. We need more funds to produce players. Once hailed as the production machine of West Bengal’s Table Tennis, The Rishi Bankim Club would have reached greater heights if proper financial assistance was provided.”

The other side of the coin

Amit Mukherjee, who runs the Bijoynagar table tennis academy in Naihati, expressed how the tides of time have changed the club over the years and the lost glory of the region.

Unable to continue a strong base in the Naihati region, Coach Amit Mukherjee had to find a new place to avail the facilities. It was then that he had the fortune to set up an academy in Howrah region with the aid of other officials of the area.

“I started the Bijoynagar table tennis club in 2003, but left in 2007 due to certain reasons and started with a small setup in my house but returned to Bijoynagar in 2015. But now I simultaneously take care of the club in Naihati and also the Dinabandhu Branch academy, here in Howrah,” said Amit.

The Howrah based club has a total of 6 boards which were installed at the beginning, and many more are yet to be brought due to lack of space.

The place of action is a school hall, so a lot of problems are faced by the management. Practice sessions have to be organised by the school hours which makes the task even more complicated. Due to the lack of proper matting facilities, the players are compelled to play on the concrete floor.

Generally, 7.00 am start to the practice sessions ends at about 10.30 in the morning, following which the school hours gets underway.

The most striking fact is that the parents of the young talents playing in the club take a keen interest in the regular activities of the club. It’s actually because of them that the whole circuit came into existence. The family members collectively contributed an amount of Rs. 1, 26,000 up front for infrastructural purposes.

“The committee here comprises of the guardians; there are no interferences from the local political members or other. But we get a lot of help from the President the secretary and the headmaster of the school.”

The academy is probably the only one in the state which cultivates among the players the habit of singing the National anthem before the beginning of every practice session. If that was something special, the club has much more to offer. For the welfare of the students, the club conducts meditation classes once every week which is overseen by a trainer. A particular mental development trainer is also hired who visits the academy for a couple of sessions each week with the paddlers.

Keeping up with the trend

Things have changed a lot these days; the players are migrating to Kolkata for better facilities and a variety of sparring partners. “When I started the academy there were 24 students; now the count is 75. Many more are waiting in the sidelines, but the academy has stalled admission until further up gradation,” said Amit.

One of the pioneers for the Naihati region’s claim to fame, Amit Mukherjee has a five-year plan with specific goals to achieve during that period.

“We provide a lot of facilities to the players; we even help them financially if needed. We cater their kit expenses and even pay for their conveyances while they play tournaments. I have a target that the club will produce a National or an International player within the next five years.”

Similar to the Rishi Bankim club, this one is also stuck in the same maze, no resources but plenty to invest in. Hopefully, there is a silver lining shortly which will turn the story will swing in their favour soon!

The Table Tennis Federation of India on Monday sought written consent from its top 16 players to join a training camp after the government...
Read more
131,130FansLike
12,189FollowersFollow
7,157FollowersFollow