Jharkhand is one among the states strongly hit by the Naxalite-Maoist insurgencies carried out across various parts of the Indian sub-continent. This state has seen enough and more blood bath and battles in the name of communal strives.

Leaving aside this bloody face of the state, there is yet another bold and sporty face too that the state of Jharkhand owns; the face of Indian Hockey!

An article on the Hockey craze in Jharkhand, in The Hindustan Times read ‘The soil in Hesal produces more hockey players than paddy.’ This is no flamboyant journalistic exaggeration. Almost every girl in this Maoist insurgency-hit district of Jharkhand owns a hockey stick and aspires to be a part of the national hockey team one day.

These hockey crazed-girls’ dream to don the national jersey can be seen in their will power and hard work. A place in the national team or a job related to the game would mean a direct shooter that would put a cease fire to their abject poverty and hopelessness.

Ever since the year 1990, 55 girls belonging to different age groups, from Hesal and its adjoining hamlets have been selected for national teams. When Nikki Pradhan, a Hesal girl, played for India in Rio 2016, she became the first Olympian from Jharkhand. She was part of the team that beat China in the Asia Cup in November, 2017.

Hasel which is located in the Khunti district of Jharkhand, 50km south of Ranchi, has produced five international woman players already. Many more are already on their glorious journey to become the hockey stars of India.

Hesal’s green fields and trees, muddy roads, thatched huts and old people warming themselves in the winter sun would mesmerize the eye of a visitor. These sights that one could see on a normal day at Hesal are all the optimistic pushers to the hockey players to get on the field and play their mark.

The calm and eerie Hesal itself has produced one of the most hardworking and strong willed bunch of Indian women and girls. At the uneven playground in the lone government school 2km from the village, we can see more than a dozen teenage girls playing with all their might till the sun sets and the ground goes dim in the darkness.

Most of them carry with them tattered sports kits and this reminds us of the poor sweeper boys using the old bats given to them by their safed sahibs in Mulk Raj Anand’s ‘The Untouchable’ and almost all of them are barefoot. The novel highlighted the passion of the young boys in torn clothes and barefoot to play cricket. The tale of the girls from Hesal is a reality check of the novel, though a different sport is played by them.

These bright and smart girls come from poor families, which are dependent on the government’s subsidised rice sold at Re 1 a kg. Their parents, mostly subsistence farmers, cannot provide adequate nutritious food, let alone buy them hockey sticks and shoes.These girls go through a gruelling and tiring schedule from dawn to dusk. After attending school from 7am to 2pm, they hit the ground on an empty stomach as there is no provision of a mid-day meal, or free lunch, for students of Class 8 and above as till date the mid-day meal scheme is targeted at the primary school children alone.

Rita Kumari, a 9th grade student said, ‘We eat rice for breakfast. After school hours, we play hockey for two to three hours because if we go home for food we would miss training, which we don’t want to,’

The girls do not complain at all seeing the wide horizon of hope and opportunities ahead of them if they continue to thrive through all the difficulties and play well. They work as farmhands to fund their passion. And their love of the sport (and the hope that it can mean a better tomorrow) keeps them going.

After a workout, sweat dripping from her forehead , 13 year old Mangri Saru said, ‘Mere pitaji kisan hai aur unke paas itne paise nahi hai ki stick kharid sake’ (my father is a farmer and he does not have that much of money to buy me a stick) ‘So, I worked in a field and bought a wooden stick at Rs 400.’ She is definitely a woman of clear orientation of her dreams and life.

Olympian Nikki Pradhan and her sisters did the very same as Saru, to earn and buy hockey sticks. ‘My eldest daughter, Shashi Pradhan, was the first from the family to play hockey. When she demanded a hockey stick, I discouraged her from playing the game. I couldn’t say that I couldn’t afford to buy a stick. Poor girl worked as a labourer and bought a stick from the money she earned,’ said father Soma Pradhan.

Back in 1989, Dasrath Mahto, a school teacher was the one who catalysed this hockey craze in the village by coaching a few girls. He continued the process for more than two decades till hockey became a traditional game of the village.

He said, ‘When I joined the school, girls playing hockey was not acceptable in the area. I convinced parents and motivated the girls. Now it is in the blood of the people.’ From 1990 upto his retirement in the year 2016, the school produced 72 national and international woman hockey players. However after Mahto, the school has yet to get a sports teacher.

The role models for today’s girls are those who came before, many of whom have since then landed in jobs as coaches and managers with the government and private sports institutions. Hockey coach Jasmani Tiru, who played in the national competitions held in the 1990s, said the success of rural girls in national and international meets created job opportunities for them. They got hired by the government and this propelled the sport’s popularity in the region. According to Tiru, six girls from Hesal and nearby villages are with the railways and other government departments and companies.

Even after all this, there’s little recognition by the state. ‘I wrote to the government for a day-boarding centre for girls in the area but my request fell on deaf ears,’ complained Dasrath Mahto. According to Khunti coach Suresh Mahto, the town could have been a springboard for the rural talent, but the initiative has been lost. The town’s astroturf was not watered for seven years and it’s damaged now.

All has not been at the hands of loss and failure yet. Sports director Ranendra Kumar said  that the state is planning to sign a deal with Tata Steel for coaching players of the Khunti area of Jharkhand. He added, ‘The Tata Trust is imparting training to budding hockey players of villages. We are planning to set up a day-boarding centre for girls in Murhu block and a separate astroturf ground for girls in Khunti.’

Jharkhand has a remarkable and spectacular tradition and history of hockey imbibed into its soil, and both boys and girls are fond of the national game. Quite surprisingly, to the male chauvinists out there, here goes a blow: it’s the girls who have shone on the bigger stage. Bholanath Singh, State Hockey Association President was quoted saying, ‘We are confident at least three players from Jharkhand will play in the next Olympics.’

One of the crudely infected states of India by communal violence, terrorist attacks, and abject poverty, Jharkhand has yet, powerfully and gloriously harvested out of its paddy fields, one of the nation’s best and smartest bunch of sportswoman. Struck down by abject poverty, these rural folks are not yet ready to submit to the throngs of failure and losses.

The most vibrant symbol of this positive spirit in these poor people is their united voice of encouragement of the girls who are passionate about hockey. Every time I watch Chak De India, I really wonder if Indians still value hockey as the national sport itself or see it as a dying sport alone. But seeing the spirit in these young girls, the hope of the survival and success of Indian Hockey is revived yet again.

This passionate game of hockey has become a straight path solution for the families to come out of their poverty-stricken lives. It has become the door to happiness and hope for the girls of Hesal and their families’.

When passion unfolds a meaning or purpose to your action as well, the Japanese concept of ikigai becomes affective and in action. While many of us fail to find a meaning or purpose to our work or actions, these young girls who have lived all their lives till now in complete misery, struck down in the unending cobweb of poverty and hunger, shows us how to find a meaning to our actions, by taking the passion close to the heart in the righteous spirit, so as to hold the saying ‘If there is a will there is a way’ true to the best. 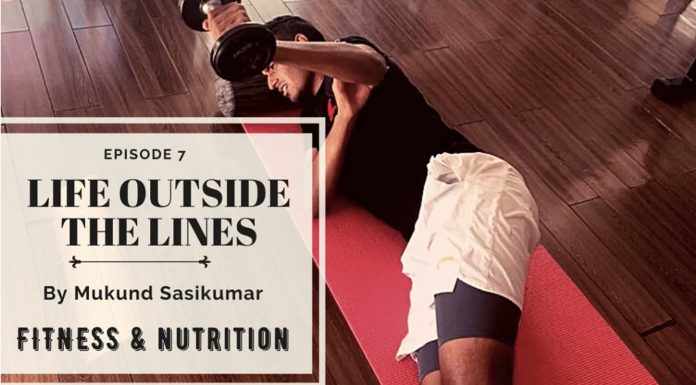