The inaugural edition of Khelo India School Games became a turning point for many future athletes of the country. Talent from different parts of India proved their mettle to become the next-gen champions.

Jharkhand may have finished 17th at the Khelo India School Games, but the event saw eye-opening performances by the boxers of the state. Out of the nine medals that Jharkhand won, three came from Boxing, including the only two gold medals.

16-year-old Selay Soy from Jamshedpur pulled some hard punches to return home with not just a gold medal, but also the Best Boxer of the Tournament trophy.

Selay won the gold in the 46kg weight category by beating his opponent Kuldeep Sonkar from Uttar Pradesh. In 2017, Soy had won the Gold Medal in Junior Men National Championship held in Guwahati.

Among women, the gold medal was collared by 15-year-old Neha Tantu Bai, who won on points against Manipur’s Tinmila Doungal in the 48kg category.  Neha’s father Dhiren Tantu Bai, lives works in garment shop of Bandehi, while her mother Pramila is a worker at Tantu Bai Mercy Hospital.

Jharkhand also bagged a silver medal in the men’s 48 kg category, where Krishna Joda reached the final but conceded a defeat to Maharashtra’s Anil.

Both Selay and Neha have received their training in the Birsa Boxing training centre, located in the Birsanagar colony of Jamshedpur.

The academy is run by former World Champion female pugilist Aruna Mishra. She and her sister Karuna has been running this academy since 2007 to fuel the dream of youngsters who can take boxing professionally.

“Jharkhand had promising scene in boxing during 2000, but with no sponsorship available, all the good boxers from the state went to other states to practice the game.”

“Therefore, I started this academy to teach children the sport without taking any money,” said Aruna to The Bridge.

When asked for her reaction about the performances put up by the students of her academy, she said, “We knew we were sending the best students from our academy. They have been given excellent coaching facilities and training. We hope to produce more medalist every year.” 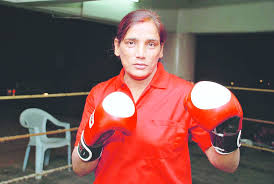 The Birsa Boxing centre has been a dream for Aruna, who provided a major sum earned from her boxing career into it. In her quest to rare the future boxers, she has been joined by Mr. Ernest Lakra, the senior-most mentor of boxing in the state and Mr. Benson Smith, who devote their days and nights in training the young lads the nitty-gritty of the sport. They have received immense support by Birju Shah, won had won a silver medal in the Asian Games.

Speaking about the potential of the boxers in her academy, Aruna said, ” We ensure all the athletes are trained to their fullest potential and do well consistently. Athletes from Bihar and Haryana are also entering our academy because of the training we provide.”

Aruna and her sister Karuna have been moving pillars to post to receive some help from the state government to build necessary infrastructure in their academy. However, the authority has turned deaf ears to their pleas. “Though the Chief Minister had requested a proposal from my side, I know nothing will change soon,” said Aruna.

Despite, Haryana’s domination in most of the sports in KSIG, Jharkhand has the potential to become a boxing powerhouse, but for that to happen, there should be a collective effort from all, including the government.

Boxing events in the country, as and when they resume, will be held without spectators at well-ventilated instead of air-conditioned venues where officials above...
Read more
130,962FansLike
12,136FollowersFollow
7,150FollowersFollow 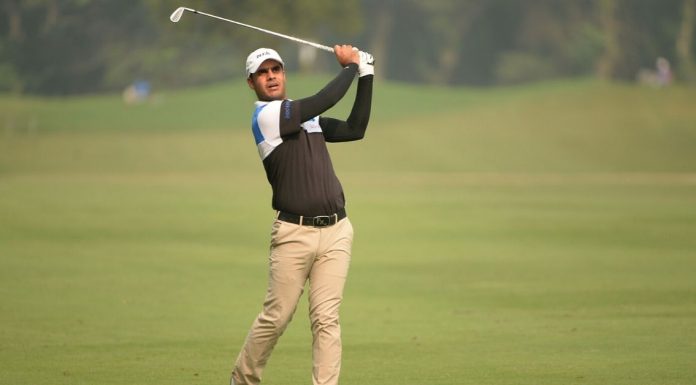 Press Trust of India - Modified date: May 29, 2020
Indian golfer Shubhankar Sharma says the coronavirus-forced break has been a blessing in disguise as it helped him reassess his game and mental state ahead of the resumption of action at the European Tour in July. Sharma, a 2018 Asian Tour Order of Merit champion,...
Read more