Shamsher Khan: India’s Olympic swimmer who still remains a cut above everyone else The Indian delegation at the 1956 Melbourne Olympics comprised 59 athletes participating in eight different sports. While the Indian hockey team yet again drew the limelight that year with another Olympic gold medal in their caps, the forgotten heroics of India’s fastest ever swimmer had many hearts racing.

The narrative of Mehboob Shamsher Khan — the first ever Indian swimmer to participate in the Olympics — has somehow steeped in the annals of history being unheard. It was only October last year, his story resurrected in the media with the news death at the age of 92. Khan died of a cardiac arrest at his native village of Kythapalli in Guntur, Andhra Pradesh.

A tryst with the Olympics

Almost six decades ago, Shamsher Khan became a national hero after he finished fifth in the qualifiers of 1956 Melbourne Olympics and participated in both breaststroke and butterfly events. He was the first Indian to achieve this feat. Till date, no Indian has been ranked as high as Khan at the Olympic qualifiers. A national record holder in swimming, Khan equally proved his mettle in sports like diving and water polo. In 1946, Khan had joined the Indian Army while he was still a teenager. He was inducted into Bangalore’s Madras Engineer Group. In his 27 years of army career, Khan went on to serve in the Indo-China war of 1962 and the Indo-Pakistan war of 1971.

Also read: Swimming is a road less travelled in our country but that needs to change | Virdhawal Khade

Khan, who would swim in the Krishna river during his childhood days, decided to take up swimming professionally during his days with the army. After quite a long session of training, in 1949, Khan participated in his maiden swimming tournament in Mysore. It was the beginning of his illustrious career.

In 1954, Khan set a national record in the 200m butterfly event. He went on winning different events all across India. It was followed by the 1955 national meet in Bangalore, where he swept all the records. This feat eventually won him a ticket to the 1956 Olympics.

The journey to Melbourne was a difficult one, as the then Indian government could only sponsor his airfare. To fend for himself, Khan secured a loan of Rs.300 from the Army. The Army deducted the entire Rs.300 from his salary after his return from the Olympics.

Though the sporting ecosystem in India has witnessed a sea change today with significant upheaval in infrastructure, Khan’s record at the Olympics remains unbroken. At Melbourne, he participated in both the 200-meter butterfly and breaststroke events, after securing the 5th spot in the qualifiers.

Unable to secure a podium finish, Khan desperately wanted to try for another bout at the 1960 Olympics. His dreams, however, were marred by a shortage of financial resources. The government was not ready this time to send Khan. He continued to serve in the Army till 1973. After his retirement as a Subedar, Khan settled in his native village with his wife and children.

With time, Shamsher Khan was a forgotten name in the sports fraternity.

During his last years, Khan was not in his best of health. He survived three severe heart attacks in 2012. His family used to run on farming and were distressed owing to dire financial conditions.

Unfortunately, nobody from the Government or any sports body came to his support even after Khan’s house got washed away in the 1990 Andhra Pradesh cyclone. Despite moving from pillar to post for government assistance, his pleas fell on deaf ears. Though he wanted, his sons to join the army and take up swimming failed expectations from the government left him only with grief.

Shamsher Khan was a true Indian hero, whose achievements have left a mark for athletes to take inspiration from. 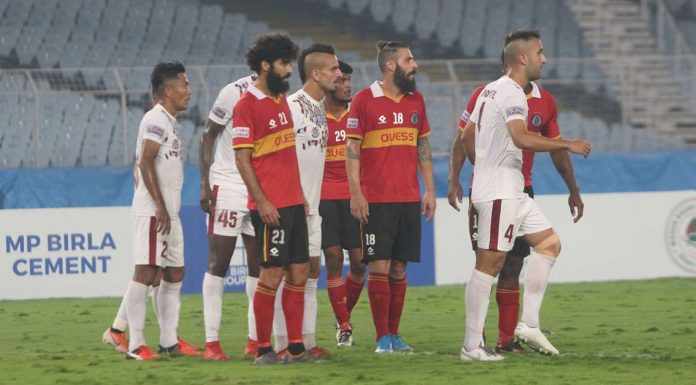