AIFF’s U17 Women’s Football Championship — A boon or a bane for Indian Football? The football scenario in India has changed a lot after the ISL was introduced six years ago. The frameshift started to occur when the All India Football Federation (AIFF) signed the Master Rights Agreement (MRA) with IMG-Reliance’s subsidiary Football and Sports Development Limited (FSDL) headed by Mrs Nita Ambani. The nation gradually evolved its footballing culture as it got its first exposure in the World Cup stage in the form of hosting the FIFA U-17 Football World Cup 2017.

The first of its kind tournament in India, the U17 World Cup came out to be the most successful tournament in its global history as it inspired billions on and off the pitch. The tournament had a deep and long-lasting effect on the whole Indian Football Fraternity as it completely changed the viewpoint of the nation from a “sleeping giant” to a “giant yet to conquer”. Introduction of the baby league, strong grassroots system, updating the national team set up to international standards and passionate young footballers are some of the sectors that developed due to the post-World Cup effect.

Now, within a couple of years of hosting the U17 World Cup, India is all set to host another World Cup tournament in 2020 and this time it’s the FIFA U17 Women’s World Cup. The preparations have started in full swing with the official emblem launch ceremony at Mumbai last week. As a primary step of selecting the players for the U17 women’s national team, the AIFF along with FSDL and Ministry of Woman and Child Welfare is all set to host a Women’s Championship as a part of the national team preparatory camp.

Sunil Chhetri, captain of the Indian national team, believes that this tournament in the country will be a fantastic stage for young girls to showcase their talent.

“What we need is competitive football games across genders and age-groups, and the U17 Women’s Championship is a fantastic stage in that aspect. I hope the girls make the most of the chance, and that we keep seeing such platforms in the future. I’ve even heard that there will be a telecast of the tournament and that’s great news,” the Indian football icon told The Bridge.

Also read: India to get U-17 Women’s League in football to bolster team ahead of World Cup

The round-robin format tournament will get underway at Kalyani Municipal Stadium of West Bengal on Monday with four teams competing for the top prize. The week-long tournament will have four teams — Panthers, Tigresses, Lionesses and Cheetahs — competing against each other. Each team will be accompanied by a five-member support staff consisting of a Head Coach, Assistant Coach, Goal Keeping Coach, Physio and a Team Manager.

Coached by India’s national U19 women’s team coach, Alex Ambrose, the Lionesses will certainly pose a threat to the other teams as it consists of the twenty U-17 girls selected previously who had a week-long training session in Goa. Cheetahs are expected to be boosted by the presence of Indian football legend and Arjuna Awardee, Oinam Bembem Devi. On the other hand, Tigresses and Panthers will be coached by former U14 women’s team coach Priya and former India national team member Subhash Chakraborty. Organised under the aegis of the AIFF, the tournament final will be played between the top two sides on Sunday, November 17, in Kalyani.

Bembem Devi, who has been coaching team Cheetah for the past few days, praised the tournament as she said, “This is a golden chance for the U17 girls who are going to play World Cup. If the girls from these two teams play well they have chances in the national team. I have been motivating them that if you want to play in the world stage you need to work very hard and the girls here are doing pretty well”.

Speaking about her message to the participants and the selection procedure ‘the Durga of Indian Football‘ said, “If they do very well I will try to encourage them. I just want to tell the girls that if you really want to play in the World Cup, you have to give your best”.

In a developing nation like India which is on a mission of women empowerment and welfare, the Women’s World Cup will add some much-needed boost for the campaign of the championship, #GroundsKnowNoGender, the new TVC on Hero U17 Women’s championship celebrates the talent of young Indian girls who have an interest and passion for football.

The federation and the Government has come up with added interest in cashing the opportunity to make football reach the mass and at every corner of the country as the sports minister Kiren Rijju said, “In this one year’s time, we would be generating enough enthusiasm among people to make this World Cup one of the most successful and memorable. Personally, I have two objectives one is to make this event the most successful and second to take that as an opportunity to create football culture in India”.

He also added, “When I speak about creating a sports culture in India, we cannot overlook football. Being the most popular sport on this planet, football has to be a priority. Football culture is being developed now, but what we require is to take it to a new level”.

The Hero U17 Women’s Championship is sure to act as the foundation of the footballing culture that the nation expects to build on this exposure. The Women’s team may also fulfil the dream of India playing the Football World Cup before the Men’s team as the former has a better ranking.

However, one cannot help but wonder whether a tournament, featuring only four teams and lasting only a week, would eventually do any good for Indian football or not. It is indeed a first step towards popularising women’s football in the country but the AIFF needs to do more than just a week-long showcase.

The upcoming tournament will be telecasted in 6 languages (English, Hindi, Bangla, Tamil, Telugu and Kannada) across the Star Sports Network, Hotstar and Jio TV.

Here is the full list of players and squads: 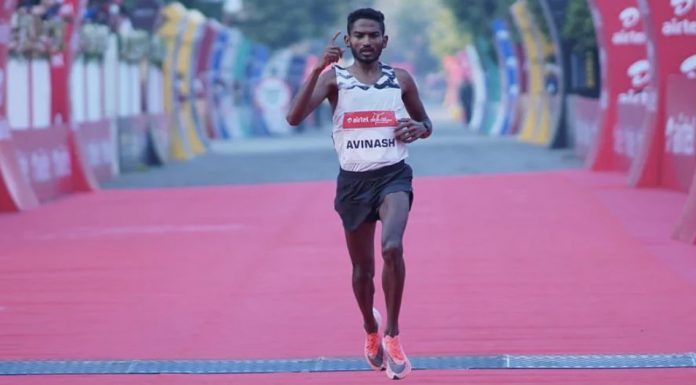