The Away View: Jamshedpur FC vs Hyderbad FC — ‘A defeat by a goal or two seems inevitable’ 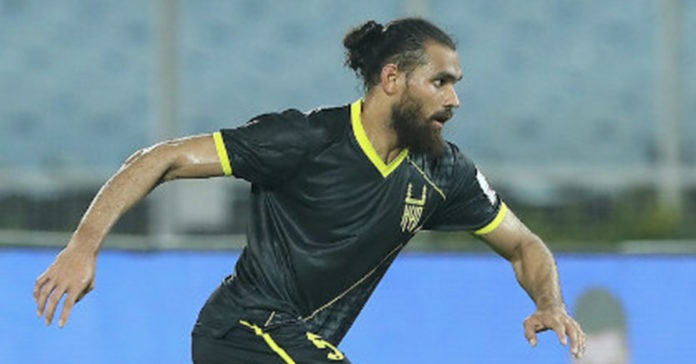 Hyderabad FC will be looking to put their opening match woes behind them when they take on Jamshedpur FC at the JRD Tata Sports Complex on Tuesday evening. Given they had a difficult start to life — suffering a 0-5 loss to two-time champions ATK in Kolkata — it might be easier said than done, especially against a resolute Jamshedpur away from home.

Deccan Legion member Mohammed Wasifuddin knows just how difficult the task will be as he reveals in an interaction with The Bridge. Following are excerpts:

Q> How difficult was the loss in the first match for the fans?

The first match was surely disappointing but considering the fact that it was the first game of a newly formed club with plenty of new faces in the team, it’ll take time to adjust and deliver.

Q> Do you think it’s possible for your team to turn around today?

3) Jamshedpur FC are known for their resolute defence, what do you think will be Phil Brown’s tactics ahead of today’s match?

Considering the last match and the scoreline, I believe that the coach will put more emphasis on the defensive side of the team, play a safe game and counter-attack whenever there’s a chance.

Q> If you could decide today’s lineup, what would it be?

I would go for a 4-2-3-1 with Matthew Kilgallon and Gurtej Singh as CB. Sahil Panwar and Mohammed Yasir as left full-back and right full-back respectively. Marko Stankovic and Adil Khan as two defensive midfielders. Attack comprising of Marcelinho as an attacking midfielder and with Rohit Kumar/Abhishek Halder and Nikhil Poojari for support on either side and Robin Singh leading upfront.

Q> Both the new teams have found it difficult to get going… do you think it could be a trend for the rest of the season?

Not necessarily, while it’s true that a new team or a newly formed club will take time to adjust, any new team can pull off an upset in the first game itself if they’re prepared well.

Q> Lastly, realistically what could the scoreline look like today?

While I’m hoping for a win by the tiniest margins, looking at how we performed last time a defeat by a goal or two seems inevitable. Something like JFC 1 – 0 HFC.