Home Football So near yet so far, the story of Indian football
FeaturedFootball

So near yet so far, the story of Indian football Eight years ago in Qatar, when India last competed at the AFC Asian Cup, none expected them to make it through the group stage with Australia, South Korea and Bahrain being its other group members. And that is what happened, expectedly. Fast forward to 2019, India is a competitive nation at the AFC level, hoping to make it past the group stage for the first time.  However, the ending was meant to be no fairytale, with India yet again missing out on a knock-out stage berth; this time by a whisker.

India knocked out of #AsianCup2019 after a 91st minute penalty by Bahrain helps the latter defeat Sunil Chhetri and Co. by one goal.

Placed in a group with Thailand, Bahrain and host nation UAE, India certainly had a more than enough chance of making it past the group stage. Their hopes only increased once they defeated Thailand 4-1 in their opening match of the tournament. A stellar performance in the second half led by veteran Sunil Chhetri ensured India’s first win at the continental tournament in 55 years. In their second match India started off carrying momentum from their previous victory; however, they were soon left to rue the missed opportunities as hosts UAE pipped them to a 2-0 victory.

Also read: What next for Indian football after Sunil Chhetri?

Going into their final match of the tournament the “Blue Tigers” very well knew that a draw would surely ensure them a place in the knock-outs courtesy their superior goal difference. The intentions of Coach Stephen Constantine were very clear even before the match began when he named Rowllin Borges in place of Anirudh Thapa in the starting line-up. India was dealt with yet another blow when defender Anas had to substituted just 90 seconds into the match owing to a knee injury. While India did manage to see off countless Bahrain attacks, the final blow came at the end when during the stoppage time Bahrain converted a penalty to break the hearts of a billion people.

So, what went wrong? India began their tournament on a brilliant note, playing impressive counter-attacking football and converting the chances they created with some world-class finishing from their attackers. The second game also started off on a similar note with India missing a plethora of opportunities and even hitting the woodwork twice in the second half.

In extremely competitive matches against the top football nations of the continent, you can ill afford to miss so many opportunities and that is exactly what came back to haunt India.  While the second match was certainly a pill hard to swallow, the quality of Indian football had impressed even the staunchest critics and it was surprising to some when Coach Stephen Constantine decided to change the tactics for the final match.

Whereas Bahrain was clearly a team playing for the victory, India was happy to sit back and play out a draw. India failed to create any goal scoring opportunity and finished the game without a single shot on target. Looking back, was there really a need to change a tactic which has previously proven to be successful?

Indian players also failed to match the physicality of some of its opponent players in the tournament. While playing 3 games within a span of 8 days is never an easy task, it was also something which the Indian team knew from much before.

Thus when a tiring tackle by Pronay Halder late into stoppage time sealed India’s fate, it was heartbreaking for the nation. The strategy to play long balls against teams like UAE and Bahrain also seemed very puzzling considering the superior physical strengths of their players. Bahrain’s midfielders pressed the Indian defence whenever they controlled the ball and thus made life very difficult, often at times forcing Indians to commit mistakes. The possession statistics is also something which India would like to improve considering they were only at 39% as compared to Bahrain’s 61%.

Perhaps better ground passing and a more possession-based approach in the final game could have helped India’s chances. With Coach Stephen Constantine stepping down, what Indian football now needs is a strong grassroots programme to identify talents at a very nascent stage and nurture them with the help of world-class training facilities.

At present, the scouting network is abysmal if not completely non-existent. What was there for all to see throughout the Asian Cup was the lack of bench strength in India’s current squad. While competitions like the ISL have certainly helped Indian players compete with top international players; barring the likes of Sunil Chhetri and Gurpreet Singh Sandhu none among the current crop of players has much international exposure.

That international exposure and big-match temperament were what made the difference in crunch matches like that against UAE and Bahrain.

Undeniably India has made a lot of progress in the last 8 years- climbing up the Fifa rankings ladder into a spot in the top 100 has been no easy task. However, India’s performances at international competitions certainly have left many to ponder “Are we quite there yet?”

Devi is among the latest leading players of the continent to join the Asian Football Confederation's #BreakTheChain video campaign, aimed at raising awareness in the fight against the spread of coeonavirus.
Read more
Coronavirus

Sixteen teams will take part in the World Cup, of which only three have sealed their berths so far. India has qualified as the host nation, while North Korea (winner) and Japan (runner-up) progressed from the Asian qualifiers.
Read more
Coronavirus

‘When you can’t go on, let the beat take you further.’ Jyotsna Arora embodies these words not only when she’s leading her Zumba sessions but...
Read more
129,194FansLike
11,359FollowersFollow
6,949FollowersFollow 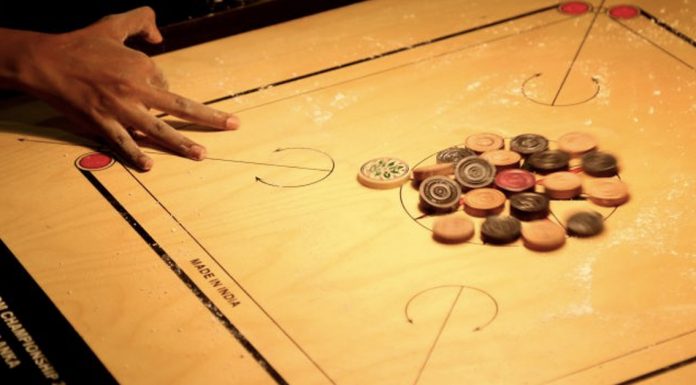 Team Bridge - Modified date: March 26, 2020
Of all the generations, the luckiest are probably those who spent their childhood in the 1990s. Why? Because it is the only generation that got to relish both offline and online worlds and witness this revolutionary transformation of almost all the fields like communication,...
Read more