I-League may be a neglected football competition compared to its rich cousin Indian Super League, but it has managed to bring out surprises which are remarkable in the context to Indian football as a whole.

Mohun Bagan and East Bengal are two of the most decorated clubs in the Indian football and is expected to win trophies at regular intervals, but somehow less glamorous teams have managed to hold on to the pole position in the championship race in the past few seasons and there is a high chance of us seeing a repeat of the same in this season also.

Let us de-code how the so-called small teams have managed to script a new era in Indian football.

The story dates back to 2015 when an energetic bunch of boys from the North-Eastern region started taking small strides towards stardom.

Aizawl FC, with a small setup from the capital of Mizoram, managed to pull off a memorable I-League second division win during the 2015 season, getting a direct entry to the top tier. Veteran gaffer Jahar Das managed no better an eighth spot in the 2015-16 I League season, but somehow managed to avoid relegation.

A younger but shrewd tactician Khalid Jamil took over the responsibility for the Highlanders and the change did wonders for them.

The season slowly became to be one of the most exciting ones in Indian football history. With everyone ruling out Aizawl FC of even a top-four finish, little knew that fate had different plans. Out of the blues, the blend of Khalid Jamil and the abundant local talent worked out perfectly for the team. Albert, Laldanmawia Ralte, Brandon Vanlalremdika, William Lalnunfela along with low profile foreign recruits like Kingsley, Alfred Jaryan, Al Amna and Kamo Bayi produced the winning formula for the unit. 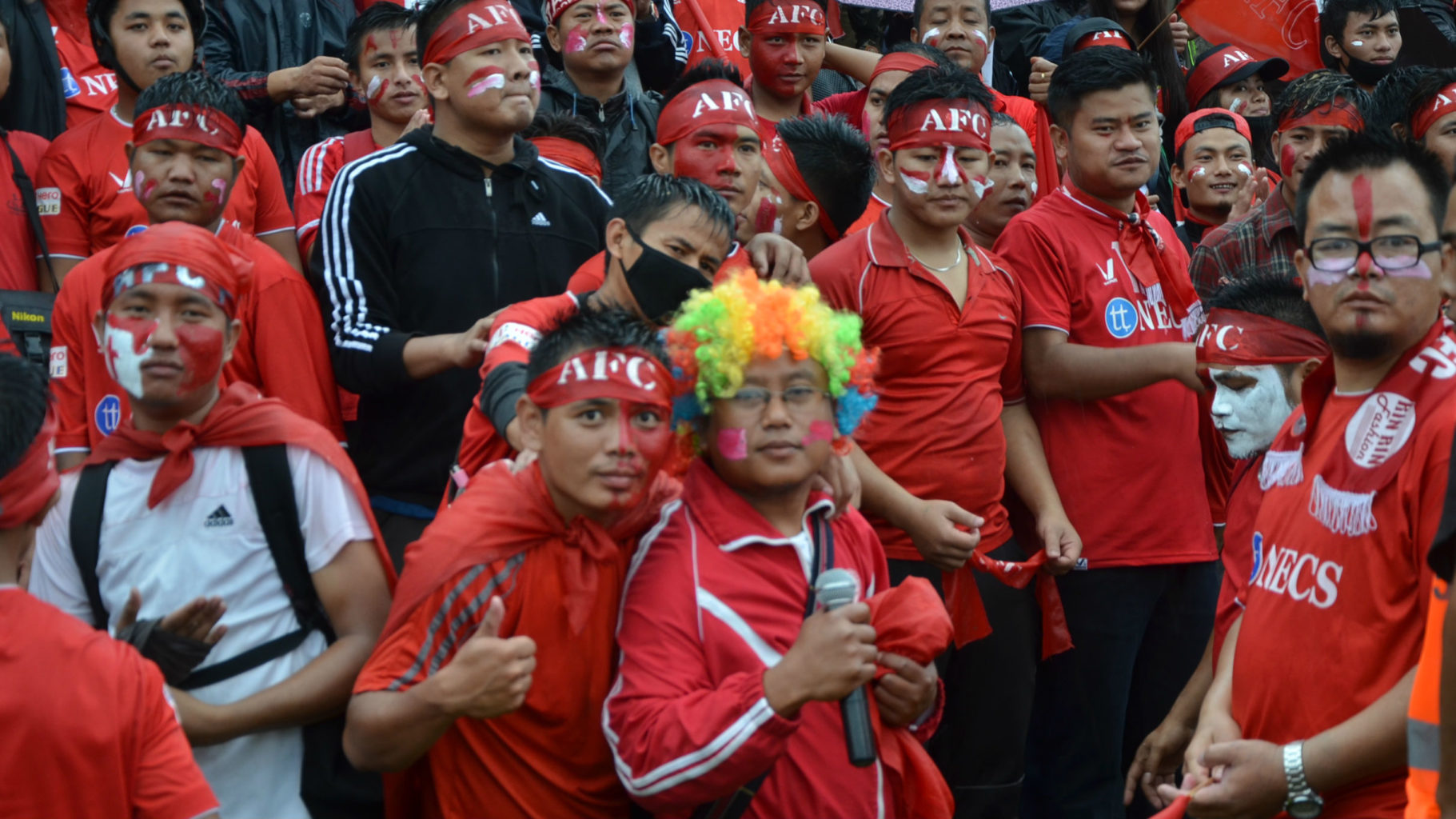 Aizawl FC managed to leapfrog its more fancied rivals to clinch the I-League title for the 2016-17 season. The men in red recreated a similar feat which an English club achieved in arguably the most decorated domestic league in the world.

Yes. Aizawl FC triumph was no less than Leicester City’s historic campaign in 2016!

Miracles happen only once, but the I League had more in its stock to offer. Ranjit Bajaj owned Minerva Punjab FC made its I-League debut in the year which saw Aizawl FC becoming the first club from the North East to win the coveted trophy. Similar to them, Minerva also had a hard time in its first outing, but narrowly escaped relegation to stay in the top flight.

Khogen Singh was appointed to change the fortunes of the Punjab based team in the following season. Much like Khalid Jamil, he also had minimum resources to ply his trade, but he used it efficiently.

Once again, the players from the Minerva Punjab Academy were at the peak of the things. Sukhdev Singh, Gagandeep Singh, Kamalpreet Singh, Akashdeep Singh and Moinuddin all played pivotal roles in the season for Minerva Punjab FC.

Minerva Punjab FC convincingly took away the I-League title and made a clear statement that big investments may not yield fruitful results always. Nurturing local talents was the mantra for success in Indian football. In spite of several controversies on and off the field, their owner Ranjit Bajaj managed to pull off a coup which is laudable in all respects.

The league triumph earned them a ticket to the AFC Champions League qualifying rounds.

Let’s fast forward another year, a new and vibrant Real Kashmir making its debut in the I-League, the first team from the region. Once again, teams like Mohun Bagan and East Bengal firm favorites to take away the title in what could be their last appearance in the competition with a possibility of shifting to the Indian Super League the following season. But Chennai City FC was the answer to the conventional Indian football critics.

If Aizawl FC and Minerva Punjab FC were surprise packages in consecutive seasons, Chennai City FC had something better to offer.

Former Tampines Rovers FC coach Akbar Nawas given charge of the team following the team’s disappointing outing in the 2017/18 season. The manager from Singapore used his best resources and handpicked the best lot to prepare a team for the mega occasion. Without a doubt, the efforts are paying off.

For the first time in a decade, an Indian football team is playing with so much eye-pleasing football. Similar to the much clichéd tiki-taka style of play which we often see in the Spanish Leagues down the western part of the globe, Chennai City FC has taken the I-League by storm. They are currently at the top of the league table with 17 points from 7 matches, which includes 5 wins and two draws. The Spanish trio of Pedro Manzi, Nestor Gordillo, and Sandro Rodriguez has been a nightmare for opponents defence. Together they have scored 11 goals in the ongoing season.

But the setup was not built in a day. When Akbar Nawas met Jordi Villa, the current assistant coach of Chennai City FC met in the Philippines, they were busy discussing the training of Barcelona. That was where it all started. Apart from scouting for foreign recruits in Spain, the duo followed their style of football and managed to execute it with perfection. Not only that, the local talents like Romario Jesuraj, Charles Anandraj, Edwin Venspaul and Provitto Raju have all fit in the scheme of things.

The team from the south is far ahead than its nearest competitors and is likely to run away with the league title. So it will be a third successive season where a team will clinch the trophy where they were unexpected to do so.

Where the big guns lacked:

Let’s shift our focus to the Kolkata giants. Although Mohun Bagan won the I-League back in 2015, it has been trophy-less for them since then. Spending huge on foreign recruits have been the trend for Mohun Bagan and East Bengal. For example, on an average East Bengal only fielded a single regional player in the entire 2017-18 I-League last season, which is quite poor. On the other hand, Mohun Bagan fielded three to four players in a single match.

In each of the above cases, the players were either brought in from other teams or they were experienced campaigners. Unlike Aizawl FC and Minerva Punjab FC who made use of their local talents, the teams from Kolkata shouldered the burden on players which has already proved itself in the big stage. Not only that, East Bengal and Mohun Bagan have the tendency to recruit players who were successful in the previous editions rather than scout for new talents. Laldanmawia Ralte, Brandon, Lalram Chullova were all roped in by East Bengal after they won the I-League title with Aizawl FC. On the other hand, Kamo Bayi and Eze Kingsley shifted their loyalties towards Mohun Bagan. I-League winning coach Khalid Jamil was also paid handsomely by East Bengal to guide them to a maiden I-League title.

In spite of drawing players from the I-League winning outfits, both East Bengal and Mohun Bagan failed to make a mark in the I-League.

That’s where the difference lies between clubs like Aizawl FC, Minerva Punjab, Chennai City FC and the famous two in recent years. Scouting of local talents has been the key to success in the context of the I-League. Instead of forming a team based on performances, efforts should be made to include players from the grassroots, because they are the future of Indian football.

Also Read: Has Indian Arrows unleashed their full potential yet?

Mohun Bagan has produced players from their Academy in the past, but it is important they get attention now also. Bagan’s coach Shankarlal Chakraborty and ex-coach Sanjoy Sen have been known for giving opportunities for younger players like Arijit Bagui, Pintu Mahata and Sourav Das, but this needs to be more regular. On the other hand, East Bengal after its collaboration with corporate giants QUESS Corp. Ltd has spent big in the transfer market. 2018 World Cupper Johnny Acosta and Mexican forward Enrique Esqueda’s signing made the headlines, but neither of them has made their mark in the league so far.

The Kolkata giants have an enormous fan following and gather at the stadiums in huge numbers, but it is quite disappointing if their favorite team fails to play to their potential. Marred by internal issues, Mohun Bagan and East Bengal seem to be pre-occupied with things other than football. The management needs to take a keen interest in football, the rest of the matter can take a backseat, at least for the sake of the millions of passionate supporters all over the world.

20-year-old footballer, Mohammad Nawaz who plays for FC Goa has come out to support the people affected from the current scenario of 21-day lockdown
Read more
Football

NorthEast United's squad will be strengthened by the Indian duo following a difficult season in which they finished ninth in the standings.
Read more
Football

India has submitted its bid documents for hosting the AFC Asian Cup in 2027, a top official of the national federation confirmed on Sunday....
Read more
Coronavirus

After Sunil Chhetri and Bala Devi, Dalima Chhibber is the latest Indian footballer to feature in AFC's video campaign to spread awareness about the COVID-19 disease.
Read more
Football 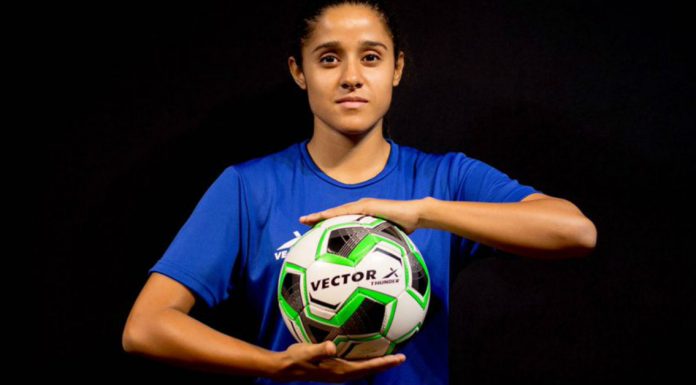