One last time — The historic Kolkata Derby ends this season

When you hear of the name of Kolkata, the images of Rosogolla, yellow taxis and football come to mind. The two iconic institutions of Indian football, East Bengal and Mohun Bagan both hail from the City of Joy and have shared the Kolkata Derby ( or Boro Match), as it is called here for nearly a hundred years. Listed as a must-match in the FIFA Classic Derbies list, it is, however all set to end this season in its current shape and form as news of the RPSG group acquiring a majority stake in Mohunbagan broke in the evening.

What does the acquisition mean for Mohun Bagan?

On face value, the move means Mohun Bagan gets the license to play in the Indian Super League from next season, which is something that has been clarified in the press release as well. Other than that, it also means that a franchise, ATK FC and the club, Mohun Bagan AC will be merged into one entity that owns all properties and rights of both the individual entities. RPSG will have the controlling shares, owning 805 of the new entity while Mohunbagan officials will own the remaining 20% of the entity. While the valuation of the entity has not been officially revealed yet, reports suggest the deal could be worth over 500 crores.

As expressed by Sanjiv Goenka and Tutu Basu, over the next few weeks decisions regarding the club logo, crest, colours and jersey will be taken. Given that the motive of this acquisition is primarily to tap into the colossal Mohunbagan fan-base, it is reasonable to imagine that most of the original club symbols will be kept intact so as not to antagonise the fans. The move, however, has not been taken too kindly by Mariners on social media, who have stated that they will stop following the club if any changes are made to any club aesthetics at all. Viewed as a threat to their identity, parallels between this merger can be drawn with the AFC Wimbledon/ Milton Keys debate back in the early 2000s in England.

What does the acquisition mean for the Kolkata Derby?

Reportedly first played in August 1921, the Derby has been a part of the fabric of the city. Mohun Bagan and East Bengal, both the clubs have remained unadulterated over the years despite numerous ups and downs and changes in management. For the first time in history, one of these clubs has been absorbed and there exists very real possibilities of it losing key components of its congruity.

To understand the reason for the Derby losing its authenticity under the new aegis, one has to consider the societal context of the Derby. Mohun Bagan fans comprised mostly of Indians who stayed on this side of the border before the partition, while East Bengal fans are mostly made up of people who had to migrate to India. This political divide has given both sets of fans a fierce sense of loyalty to their clubs, as for decades football has been the focal point of their existence and has bought them closer to their brothers.

The sport, in this part of India, has always been about the communal aspect of things which is why when East Bengal beat their eternal rivals 5-0 in the IFA Shield final in 1975, thousands of fans lit up their now-iconic “moshal” to underline their dominance. Similarly, when the Mariners lifted the I-League a few years back, stories of Bagan fans mocking Eastbengal supporters by having prawns at every local shop made the rounds in and around Kolkata.

Under such terms, it is not difficult to see why most Mohunbagan fans are critical about the move. ATK, and in a larger aspect ISL is viewed as an elitist tournament that is far devoid from the common man and his sentimentalities. That cultural divide has been shown in the attendance, too. Barring the first one or two season, ATK has failed to sell out tickets for most of their games and when compared to Mohun Bagan or East Bengal, they come nowhere close. The ISL has been a loss-making entity for a while now, which is another reason why RPSG was so eager to finalise this deal so bigger and better fanbase could be accessed. However, unless they are careful in terms of the way they approach the branding, they could risk alienating a large section of the supporters.

As such, the Kolkata Derby, even though it will be played between the new entity and East Bengal will likely never return to its original state of being an unflinching clash between two battle-hardened and football-obsessed communities. This I-League season will mark the end of the Derby as we know and love, so make sure you are there at the Salt Lake Stadium on 19th January and 15th March to make your voices heard, especially if you are a Mohun Bagan fan.

May the best team win!

20-year-old footballer, Mohammad Nawaz who plays for FC Goa has come out to support the people affected from the current scenario of 21-day lockdown
Read more
Football

NorthEast United's squad will be strengthened by the Indian duo following a difficult season in which they finished ninth in the standings.
Read more
Football

India has submitted its bid documents for hosting the AFC Asian Cup in 2027, a top official of the national federation confirmed on Sunday....
Read more
Coronavirus

After Sunil Chhetri and Bala Devi, Dalima Chhibber is the latest Indian footballer to feature in AFC's video campaign to spread awareness about the COVID-19 disease.
Read more
Football 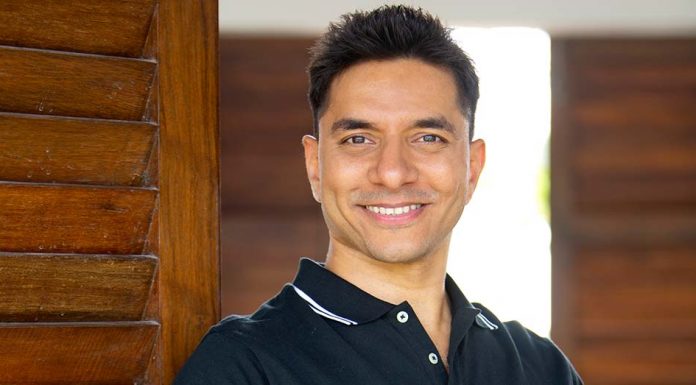 The Bridge Desk - Modified date: April 4, 2020
Award winning nutritionist, specialising in the field of integrative and lifestyle medicine, Luke Coutinho on Saturday, marked his presence at a LIVE session on the Facebook page of Sports Authority of India to discuss how a person's fitness is dependent on the lifestyle he/she...
Read more