Defending champions Sethu FC and Kenkre FC made their way to the semi-finals of the fourth Indian Women’s League on Thursday. While Sethu FC took down Baroda Football Academy, Kenkre managed to beat local favourites Bangalore United FC, in Bangalore.

In a Group A match, Sethu registered a dominant 6-0 victory over Baroda Football Academy riding on Sandhiya’s four goals. Amsavalli and Karthika added the remaining two. The defending champions, who were stunned by Group A leaders KRYPHSA in its second game, managed to bounce back into the tournament in a quite strongly manner.

Sandhiya opened the scoreline in the ninth minute when Baroda keeper Afshan Ashiq came off her line in an attempt to take the ball of Amsavalli’s feet but missed it completely. She added her second in the 15th minute after being played through on goal. Amsavalli’s goal was the third which came in the 34 minute and seemed oddly similar to the second goal.
Sandhya completed her hat-trick in the 75 minute, capitalising on yet another lapse in the Baroda backline. Karthika added another one three minutes later, with the floodgates now wide open before Sandhiya added her fourth of the afternoon in the 82nd minute, to take her IWL tally of the season to 13 goals, just two behind Gokulam Kerala’s talismanic forward Sabitra Bhandari, who has 15.

Later in the day, Asha Kumari (46th) and Techi Akung (56th) fired home to guide Kenkre FC to a narrow 2-1 win over Bangalore United FC in a Group B encounter. The win took Kenkre to the semifinals, the fourth team to qualify for the final four.
Amoolya Kamal was the lone goal scorer for BUFC in the 86th minute. 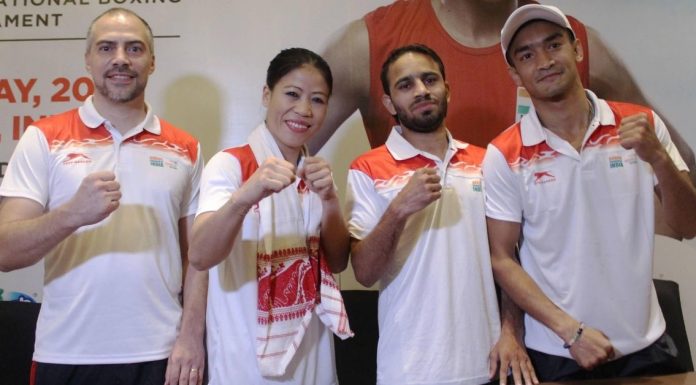 Press Trust of India - Modified date: August 11, 2020
Resumption is done and expansion can now follow, said Indian boxing's High Performance Director Santiago Nieva, revealing that addition of seven more boxers has been proposed at the ongoing national training camp for the Olympic-bound in Patiala. Nine male boxers and a few of...
Read more