The 30 years old Spaniard has been a key player along with Roy Krishna, David Williams and Sarpreet Singh for Wellington Phoenix last season. ATK is all set to sign in Wellington Phoenix defensive midfielder Armando Sosa Pena as The Bridge can confirm.

After making a grand move by signing in Roy Krishna and David Williams from Wellington Phoenix, ISL table-toppers ATK is confirmed to add another key “nix” player from last season. ATK has been in a great run in the league so far under gaffer Antonio Lopez Habbas as the two times champions are back as the best attacking side of the league after two seasons of sufferings. The striker duo Roy Krishna and David Williams have always been in the Indian headlines from the time of their signing in from their former side as they have continued to amaze the Indian football fans with their terrific goal-scoring capabilities.

ATK already has former Melbourne City midfielder Dario Vidosic in their roster and has kept him on stand by due to his recovery from injury. But ATK turned for signing in another medio after their defensive midfield Carl Mc Hugh picked up an injury last month. The former Motherwell FC captain bagged an ankle twist during ATK FC’s away game against Mumbai City FC and was forced to leave the pitch in the middle of the match. Mc Hugh is currently at Bangalore for his treatment and sources close to the Bridge can confirm that the Irish midfielder will be out of the league for at least two to three months. Thus, ATK made good use of the chance in Bringing in Armando aka Mandi Sosa.

The 30 years old Spaniard has been a key player along with Roy Krishna, David Williams and Sarpreet Singh for Wellington Phoenix last season and have scored two goals out of his twenty-five appearances for the “nix”. Mandi has also experience of playing for Villarreal, Real Madrid B and Sporting Gijon in the Spanish League which assures another big move for the “flying tigers” ahead of the second transfer window as the signing is expected to add a lot of bolster and experience to the ATK midfield.

It seems ISL has come up to be a better choice for A-league players in their prime time as the success story of Roy- Williams duo has made other stars choose India as their next career destination. Sosa is currently a free player after the end of his contract with Phoenix and is expected to join the Red and whites by later this week as he told Bridge, “I am very excited to see them and share the field with them as I expect to reach Kolkata by this week” on asked about his feeling on re-joining with his former teammates Roy Krishna and David Williams. With the addition of as much as eight foreigners and top Indian player ATK is now going to be the strongest team in the league and is one of the major competitors for the Championship as gaffer Habbas eyes making a statement in Asia with his team. 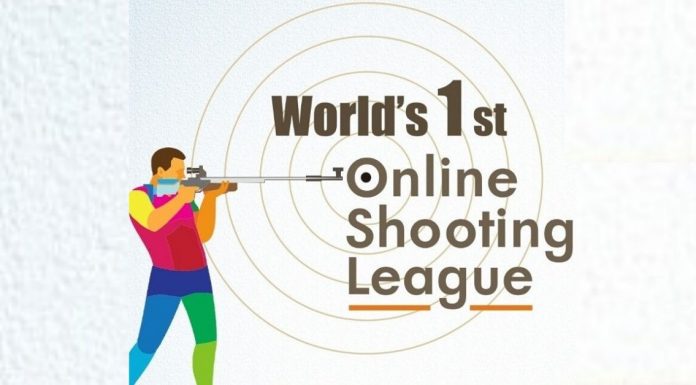 Press Trust of India - Modified date: June 29, 2020
The world's first ever Online Shooting League will start with a clash between Austrian Rocks and Italian Style on July 4, with the Indian team competing the following day. On July 5, the second day of the league's first weekend, will see Italian Style take...
Read more