We’re a couple of weeks into the new Indian Super League (ISL) season and there have already been some great individual performances across all teams. What has been heartening to see is that the Indian players, especially the defenders, have been as impressive as their foreign counterparts till now. Here we present our team for the month of November. Scroll down to see if your favourites made the cut.

The veteran goalkeeper has made a solid start to the new season and has kept two clean sheets till now in three matches. Against Odisha FC, he helped his side maintain their 1-0 lead for the better part of an hour. Facing Bengaluru FC next, he was at his usual best as he thwarted a number of good efforts to ensure a point for his side. His experience will be extremely important going forward for Manuel Marquez’s men as the matches keep coming in thick and fast.

The 21-year-old from Sikkim has been an absolute workhorse for Hyderabad FC in their first two games. His constant running up and down the pitch has been a constant outlet for the side while his tackling and interceptions have also been top notch. The most impressive thing about him is that he seems unfazed when put under pressure and has the ability to deliver even against bigger and stronger opposition players.

One of the mainstays in Mohun Bagan’s defence, Tiri has been an absolute rock so far and has even compensated for Sandesh Jhingan’s slow start to the season. The way he handled the pressure of playing in his first Kolkata derby was testament to his pedigree as a defender. Be it tackles, blocks or crucial headed interceptions inside the box, the Spaniard has been elite in the two matches that he has played so far.

The Australian has been the most impressive out of all the new foreign defenders in the ISL. Alongside Benjamin Lambot, Fox has been crucial in ensuring that his team do not leak goals like they did last season. He has already made 15 clearances in three matches and has a passing accuracy of close to 88%. A typical ball-playing centre-back who is good at initiating attacks, Fox is also economical in terms of giving away unnecessary fouls.

Another youngster who has left an indelible mark in the first few games is 19-year-old Akash Mishra. Like fox, he too is very comfortable with the ball at his feet and is always available during attacking transitions. He also got very close to scoring in their first match against Odisha FC with a well-directed long-ranger. His positional sense too is quite commendable and you will rarely see him vacate his position and not manage to recover in time.

The 28-year-old midfielder from Goa has been at his very best right from the start of the new campaign. Good in possession as well as in breaking up opposition play, Rowlin has become one of the first names on the team sheet for Mumbai City this season. His versatility in midfield means he can make 15 tackles and 12 interceptions in three games and at the same time play a defence-splitting long ball that can create a goal out of thin air, like against SC East Bengal. His importance can be judged from the fact that Mumbai didn’t falter in midfield against FC Goa even though they did not have Ahmed Jahouh available.

Thapa has long been one of the standout Indian midfielders in the ISL. His inclusion in the Indian team has further increased his reputation as a bankable central midfielder who can do pretty much everything. He started this campaign with the fastest goal of the season at just 52 seconds and proceeded to produce an action-packed performance in the Southern derby against Kerala Blasters. His form will be crucial for Csaba Laszlo as he can well be the base around which he builds his team as the season progresses.

The India international has had a very good start to the season till now even though results haven’t gone in his team’s favour till now. He always looks accomplished on the ball and even though he is a winger, he always tends to find the right pass without losing the ball as much as some others. Having already bagged an assist in the first match, his combination with Nerijus Valskis is going to be the fulcrum for Owen Coyle’s men as they look for that elusive win.

The versatility possessed by Fiji captain Roy Krishna means that he can be deployed in a left-sided role without disrupting the balance of the squad. With two well-taken goals in two games, he is already in the race for the golden boot. Where it gets even better for him is that with the derby goal against SC East Bengal, he has now scored or assisted against every side that he has faced in the ISL. His form will be crucial for Bagan whose counter-attacking style requires someone lethal like him to take those half chances.

Boumous could be on this list just for last night’s performance alone. In what was an inspired 82 minute appearance, the Frenchman tore apart East Bengal’s defence, gliding past them with ease and notching up two assists. Even the penalty that Mumbai City received was largely due to his sharpness on the ball. After an impeccable 2019-20 campaign where he won the tournament’s best player award, it seems like he is in the mood for more of the same this season and that can only be good for Mumbai.

The third Mumbai City player on our team of the month, Le Fondre has hit the ground running in India after impressing one and all in the A-League. He already has three goals in as many games and could have had a hattrick last night had he been kept on the field a little longer. Also capable of playing on the right, he provides Sergio Lobera a number of options to tinker with his formation based on the availability of players and is surely on the way to stake a claim for the much coveted golden boot. 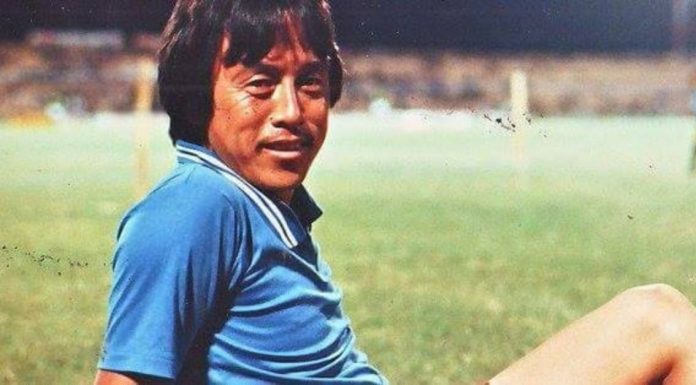