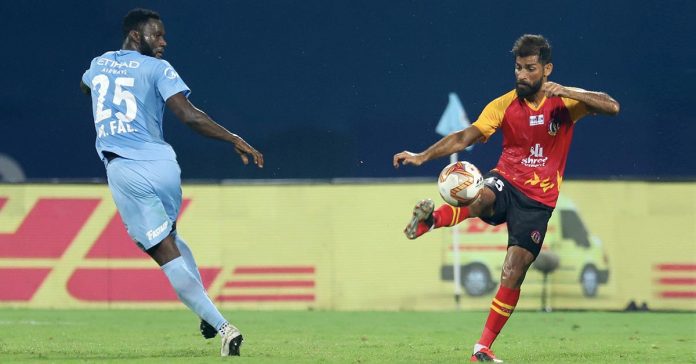 Can SC East Bengal be fine tuned with what they have to be able to compete, to be able to be where the fans want them to be — in the upper echelons of the Indian Super League (ISL)? Can they start winning games instead of surrendering so easily?

An unfixable team? An impossible job? That is not how head coach Robbie Fowler or the club management would like to see it.

“We are still coaching players, in all honesty, some Indian players look like they haven’t been coached before. We are trying to get them to play in our system and the intricate passing we do. We have to learn pretty quickly. We have to be better,” the former Liverpool legend said after the defeat to Mumbai City on Tuesday.

Fowler’s assessment seemed harsh, and according to his assistant coach, somewhat misinterpreted. But the truth is, East Bengal do lack quality Indian players and Fowler was not going to mince his words after a devastating defeat.

Fans and pundits will argue that the team needs more time — that, this East Bengal side is capable of pulling off some big wins and maybe, even make it to the top 4. But that’s hugely debatable.

When East Bengal finally secured investors and forced their way into the country’s top flight, the ISL, the fans were filled with hope. The team was never going to be ready, given the short time they had for preparations and the strength of the rivals, and yet, there was a sense of optimism surrounding the club.

After all, the Red and Golds never surrender, they fight till the end. ‘No excuses,’ as star midfielder Anthony Pilkington said, was the mantra of the team, the coach and the players. Two matches into the season, two ponderous and incoherent defeats later, however, the same Red and Golds look broken.

The thing is when Fowler took the job, no doubt he knew the challenges, he had a sense of the scale of the task at hand. He was under no illusions, right? But now the seriousness of this situation must feel like lead weight on his firm shoulders.

The team has a problem everywhere —  they are too slow, too predictable, too insecure, embarrassingly easy to play against. They can’t score goals, their midfield looks isolated and the defence has no depth.

The biggest worry for Fowler is how aspects he has improved have proved to be detrimental to the team’s cause. No doubt East Bengal are trying to implement a possession-based style of football where they patiently play out from the back, keep the ball for as long as possible, trying to make gaps appear.

But then again, are his players capable enough to thrive in such a style? In the two matches so far, it hasn’t seemed like it. Balwant Singh cannot stitch together two back-to-back successful passes, the likes of Md Rafique, Surchandra Singh, Narayan Das loose possession easily. And looking at the bench as well, Jeje Lalpekhlua is not match fit yet, Eugeneson Lyngdoh, CK Vineeth, Rana Gharami are well past their prime.

And, the opposition teams are taking advantage of this. For them, the first half is all about wearing down East Bengal’s players while the second is about swift counter attacking and scoring goals.

East Bengal are paying the price for the bad recruitment in terms of Indian players — structural weaknesses in the squad that cannot be solved by the star foreign signings only.

A substantial squad churn is necessary to seriously relaunch themselves into a different type of team. Next summer will surely see changes but until then, Fowler must hunker down and try to lift his lost team for the upcoming matches — he has to work his way out of this with what he has at his disposal and get the best out of them.