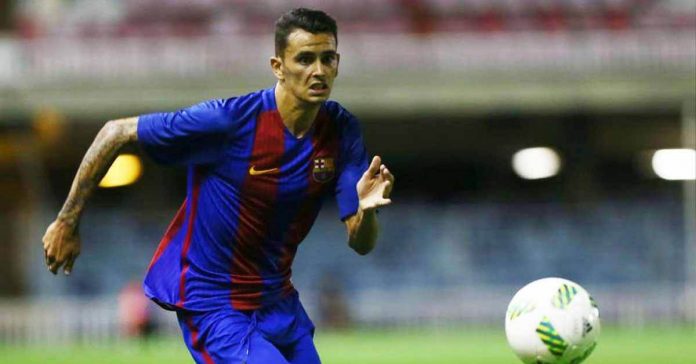 The skilfull Spaniard is a former Barcelona B player could be a good replacement for the Brazilian Raphael Augusto who has suffered a knee injury.

Nili, who plays primarily as a right-back has also proven his versatility as a right-winger, and even as a central attacking midfielder. Rising from the youth academy of UD Las Palmas, the Spaniard made nine appearances for his hometown club in the 2015-16 season, after they had gained promotion to La Liga.

After moving to Barcelona in the following season, he played for the Blaugrana’s B team for a year before moving to Albacete. In Barcelona, he was even a part of a pre-season tour under then manager Luis Enrique.

Till December 2019, Nili’s was playing for Platanias in Greece, with whom he spent two seasons, scoring 11 goals in 45 appearances.

Bengaluru are currently top of the ISL, a point ahead of ATK and FC Goa, but the Blues have played a game more than both their closest rivals. Bengaluru’s next ISL assignment comes against Hyderabad FC at the Sree Kanteerava Stadium on the 30th of January.

There have been some brilliant show off talent over these four years from 2016 to 2020 but there are some sporting personalities who have seen a downfall in their career.
Read more
Football

ISL 2019-20 Semifinals Preview: Clash of the top dogs will be an explosive one Team Bridge - February 25, 2020
The boys from FC Goa made it two wins out of two on Day 2 of the PL-ISL Next Generation Cup Mumbai 2020 at the Reliance Corporate Park in Navi Mumbai. The young Gaurs held their nerves during a titanic encounter to finish the...
Read more