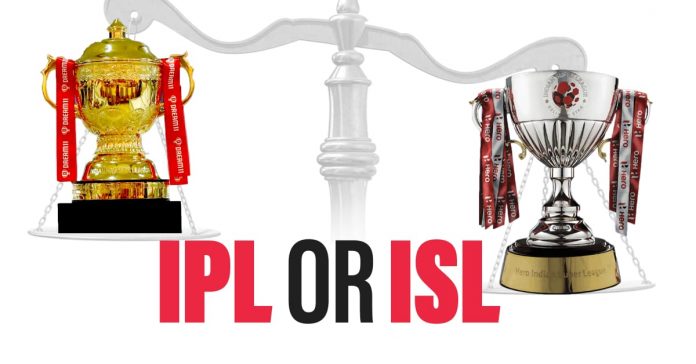 The Indian Super League (ISL) is a ‘purer’ sporting league than the Indian Premier League (IPL). Don’t believe us? Give us the next five minutes to try and change your mind.

We all saw how successful the recently concluded IPL was. Held in Dubai this year due to the pandemic situation in India, the tournament garnered record viewership numbers, even surpassing its previous editions that had been held in India with all the regular glitz and glamour in place. Much of that is down to the fact that for a cricket-worshipping country like ours, this season’s IPL came at a time when people needed it the most.

The pandemic had already done its damage, the economy had been sent for a toss and the general mood amongst commonfolk was one of helplessness and frustration. And then, in came the cricketing ‘Bahubalis’ wielding their bats and making people forget all their troubles for at least three hours every day. Such is the power of sport; it creates a sense of belonging and brotherhood that goes beyond the cheerleading, Bollywood presence and general fanfare. IT IS AN ESCAPE, and over the last 12 years, it has put smiles on the faces of countless Indian cricket aficionados.

THE IPL IS NOT PERFECT THOUGH, NOT EVEN CLOSE.

When you think of a sporting league, the first thing that comes to your mind is an absolute cauldron of an atmosphere inside a stadium with supporters from both teams screaming their lungs out in support of their set of players. You look at the National Football League (NFL) or the National Basketball Association (NBA) league in the US or the Premier League in England and what you see are dedicated and loyal supporters who have been passed on the baton by generations before them.

It is supposed to be hugely territorial too. You wouldn’t venture towards Bermondsey, in the South East of London wearing a West Ham jersey and not expect to be punched in the face by Millwall supporters. Ask an East Bengal supporting Bengali in Kolkata and he would tell you the same thing. Followers of the Chicago Bears and Green Bay Packers have been sworn enemies for almost a century now, in what is a heated rivalry built on regional proximity and gritty battles in over 186 meetings.

This is not to say that the clannish behaviour that forms the overarching narrative for almost all sporting rivalries cannot turn toxic. It can, and it has on so many occasions across a wide variety of sports. Even then, that is what makes you identify with a group of players who might change sides tomorrow and not matter that much to you anymore. But as long as they are playing for the badge, your club’s badge, you’d defend them with your life.

You see, in a sporting league, there are no players that are more important than the teams they represent. Numerous clubs, franchises and organisations have survived the test of time and come to become a part of the culture of the region that they inhabit. They are interwoven into the fabric of the community that they represent. You take away Sunderland AFC from Tyneside in the north-east of England and even the most hardcore Newcastle United fan will shed a tear while reminiscing about the feeling that a derby between the two sides will elicit inside of him.

Which brings us back to the IPL. According to the official broadcasters of the league, it had a 23% rise in viewership this season from the previous edition and reached 31.57 million average impressions (Source: Broadcast Audience Research Council; as reported on sportstar.thehindu.com). Nothing encapsulated this increase in interest for this year’s tournament better than people’s affinity towards fantasy gaming platforms like Dream11. The main sponsors for IPL 2020, Dream11 achieved over 5.3 million user concurrency and a 44.4% surge in traffic volume compared to the final match of the 2019 season as of 14th October (Source: Dream11; as reported on exchange4media.com).

However, what is fascinating is that there was also a tendency amongst users to support a player whom they had picked in their fantasy team, over and above the team that they seemingly support. So you have a certain Rohan from Kolkata baying for Dinesh Karthik’s wicket off Jasprit Bumrah’s bowling only because that would give him the points to win a head to head contest and some cash. Although that is completely fine and fans are allowed to enjoy the game in whatever manner they like, it does point towards a lack of genuine attachment between fans and franchises. The territorialism that we spoke about earlier, that divides people and at the same time unifies them through their love for the sport, is somehow lost.

One could also argue that the spectacle that is the IPL, with its commercial packaging, glamour and inherently batsman-friendly nature, has somehow trudged past the incessant chanting and fan banter that you see in a Kolkata derby involving East Bengal and Mohun Bagan or the Southern derby between Chennaiyin FC and Kerala Blasters. For fans, the general feeling after a loss is one of disappointment, but maybe it isn’t deep enough to prick their pride or their ego, something that is the case with the two derbies mentioned above.

A week into the seventh edition of the (now) premier football league in the country, one can feel a palpable sense of excitement for this year’s tournament. Much of that interest can be traced to Mohun Bagan and East Bengal’s entry into the league as well as the fact that it will feature 11 teams and 115 matches in total this season, the highest in the tournament’s history. Agreed, the ISL does not have the same pulling power when it comes to fan engagement an

d functions on a fraction of the budget and the extravagance that the IPL can afford. Yet, as a standalone sporting league, it stands above the IPL in terms of how much the fans are invested in the fortunes of their favourite teams. After all, it takes more than cheering for your team for 90 days in a year to be called a supporter. Make of that what you will. 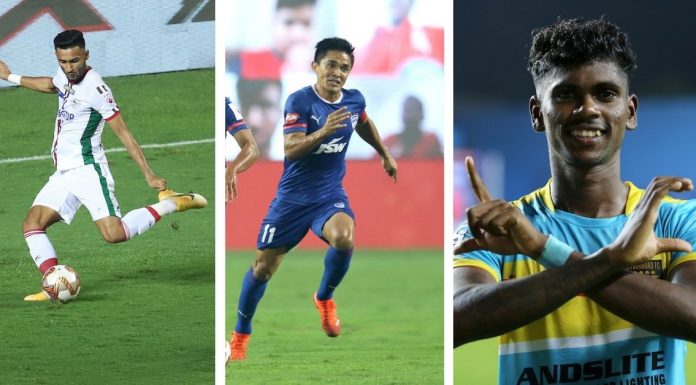