I-League Qualifier: Why did Yan Law step down as Mohammedan Sporting head coach

In a shocking turn of events, Yan Law and Mohammedan Sporting Club announced on Sunday that they have parted ways after mutually deciding to terminate the contract in the middle of the ongoing I-League qualifier.

Just a few weeks back, when Mohammedan Sporting appointed Law as their head coach, there seemed to be a bout of optimism around the football club. Hopes of making a return to the I-League after a gap of six years, through the shortcut in the form of a shortened qualifying tournament, had been reignited at the club.

I have resigned as the Head Coach of Mohammedan Sporting Club from the i-league Qualifiers 2020.

Best wishes to the Club for the remaining matches and their future in the i-league and ISL.#JaanJaanMohammedan

The Indian coach, who had signed a one-year contract with the Kolkata-based club, took to social media to make his departure official. He wrote, “I have resigned as the Head Coach of Mohammedan Sporting Club from the i-league Qualifiers 2020. Best wishes to the Club for the remaining matches and their future in the i-league and ISL.”

Soon after, MDSP made a statement that the contract had been terminated with immediate effect. Club sources indicated that Yan did not step down but was in fact asked to leave.

It is understood that Yan already knew what was coming after the first win over FC Bengaluru United in opening match. Although the 27-year-old was on a one-year deal, the contract stated that he could leave anytime after the qualifier.

Sources say he was so frustrated with the management, which apparently is still ‘in the 1920s’, that he was looking for a way out immediately after the tournament, even if Mohammedan qualified for the I-League.

We wish him the best for his future endeavours.

Earlier in the day, reports in local dailies had claimed that former Punjab FC owner Ranjit Bajaj, who is currently staying at Hyatt Regency, the hotel where Mohammedan and other team’s players have been put up, was attempting to manipulate the results of the matches through his associates. As per Bajaj, the accusations are fairly far-fetched.

“These are completely baseless accusations. I am here for scouting purposes, the trials for Delhi FC have started here and it was all pre-planned for a long time. It is a mere coincidence that I am in the same hotel. Also, I even posted that I am in this hotel, why would I do that if I was there to fix matches?,” Bajaj told The Bridge over a telephonic conversation.

Yan, having worked at Punjab FC last season as the head coach, was a natural victim of the accusations. So were the footballers who have joined Mohammedan from Punjab this summer, some of whom were incidentally dropped on Sunday. It is learnt that for Sunday’s match against ARA FC, technical director Dipendu Biswas was calling all the shots, and there were clear instructions of omitting Yan’s name from the official team sheet although he did eventually sit in the dugout.

The Bridge tried reaching out to Yan and MDSP management, none of whom were available for a comment.

Having beaten ARA 4-1 on Sunday, Mohammedan remain firm favourites to make the cut for this season’s I-League with six points from two matches in the qualifying tournament so far. 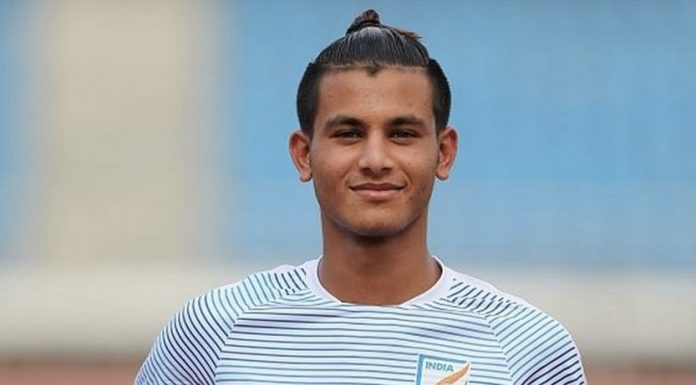