Zumba gives the practitioner the benefits of performing cardiovascular exercise which can reduce and prevent various heart diseases, some issues with diabetes and cholesterol and maintain heart health into old age. 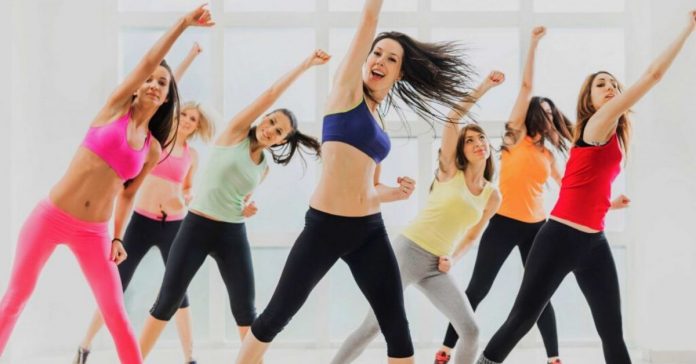 Zumba much like CrossFit has been often associated with a workout that is fun. However, it is actually a licensed trademark of Zumba Fitness, LLC which was created by Alberto Perez; a reputed Columbian dancer and choreographer in the 1990s and is now a reputed brand established in over 180 countries.

Zumba has become a phenomenon all over the world since, with many home DVDs around the world being embraced by those who want a good cardio workout and stay indoors while doing so. It involves aerobic dance movements which is quoted by the official Zumba website as, “We take the “work” out of workout, by mixing low-intensity and high-intensity moves for an interval-style, calorie-burning dance fitness party.” Music plays a huge part and Zumba workouts usually consist of Latin American but also involves other World rhythms.

Zumba gives the practitioner the benefits of performing cardiovascular exercise which can reduce and prevent various heart diseases, some issues with diabetes and cholesterol and maintain heart health into old age. Zumba has many variations that not only focus on cardio but also strength workouts and endurance that offer all-round fitness for everyone. According to Zumba.com, the official registered website for Zumba, there are 12 different types of workout that vary according to a person’s fitness goals and age. The website also offers training and certification for those who wish to become a Zumba teacher themselves and train people in studios or make a career as a Zumba instructor.

It is very easy to overestimate the number of calories burnt into cardio as a lot of factors has to be taken into consideration. Various studies have shown that an endurance training program among people who were previously sedentary showed great results in weight and fat loss in the first 6 months. The body adapts to change quickly and the same applies to Zumba. Though it says it burns 600 calories, it should be taken with a grain of salt as it combines low intensity and high-intensity cardio. Low-intensity cardio is known to utilize fat for fuel and high-intensity cardio uses carbohydrates for fuel. Despite using an effective model to target the cardiovascular system, it is highly unlikely that one will burn 600 calories in a single session of Zumba which typically lasts for an hour.

A Zumba session offering all the benefits of cardio is much more likely to burn 200-400 calories, which will definitely aid in weight loss for those who eat in a calorie deficit. Zumba is one of the most fun ways to workout as everyone loves some form of dance and burning calories while doing something one loves is a huge bonus, considering the major population shifting to gyms thinking that it is the only destination when it comes to aerobic exercise and weight loss. It also has a very positive community offline and online where people practising Zumba can meet, talk about their love for the exercise and share a few tips.