Ridhima now stands at the second place on the Hero Women’s Order of Merit at the end of the season.

Hours of dedicated training and steady determination came to the aid of Ridhima Dilawari in the closing stages of the 15th and final leg of the 2019 Hero Women’s Pro Golf Tour at the Royal Calcutta Golf Course on Friday as she went on to clinch her fifth title of the season.

Having trailed Diksha Dagar by three shots after 36 holes, Ridhima landed three birdies between 12th and 15th and then brought down the rest for a round of two-under 70. She added one-under 215 as Diksha finished second with a 74. With this win, Ridhima now stands at the second place on the Hero Women’s Order of Merit at the end of the season, with Gaurika Bishnoi topping the tally, despite missing the final event due to medical complexities.

Diksha couldn’t be in her usual best form at the moment. It was a day filled with errors. With birdies on first and fourth, Diksha faltered with a double bogey on Par-4 seventh and another on ninth. Still two shots ahead of Ridhima, Diksha couldn’t just capitalise on her one-over at that stage.

The duo playing together bogeyed the 10th on the back nine. Ridhima birdied the 11th to reduce the lead to one. Then came a stage where both parred 12th and 13th and then both birdied Par-4 14th and Par-5 15th. Diksha held a one-shot lead after the 18th tee, followed by two more pars from each.

Ridhima managed to keep her nerves steady and parred out on the final hole, while Diksha hit out of bounds on the left side. Then followed the second double bogey of the final day that saw Diksha drop from one ahead to one behind, thus Ridhima assuring herself of another triumph.

Ridhima’s fifth title this season is considered as the best so far since Vani Kapoor’s seven wins in the year 2016.

Amateur golfer Pranavi Urs settled for a tie for third after shooting three-over 75 alongside Vani Kapoor (76), while Tvesa Malik (74) stood fifth and Amandeep Drall (78) slipped to the sixth position at 12-over 228.

Astha Madan, on the other hand, was able to land four birdies against two bogeys for the day’s best card but was tied seventh with Khushi Khanijau (74) due to 79-80 on the first two days. Gauri Karhade (76), with one win in her rookie season, came ninth and P Supakchaya (80) of Thailand stood tenth.

Gaurika, Ridhima, and Amandeep stood in the top three on the Hero Order of Merit, while Neha Tripathi, Gursimar Badwal, and Tvesa Malik took the fourth to sixth places at the end of this season. 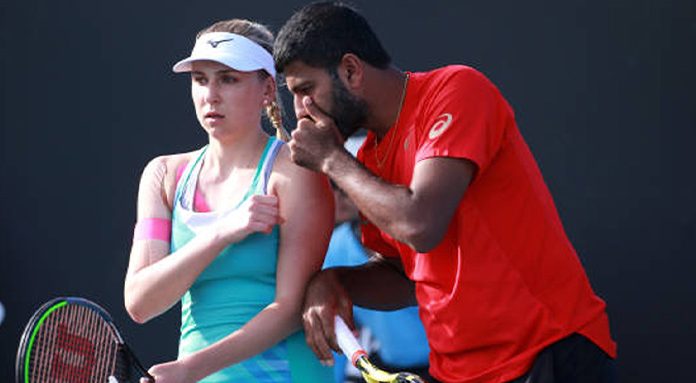