Women’s IPL 2020: 5 youngsters who would look to make a mark this season

Hailing from Karnataka, Anagha Murali is a sixteen year old left-arm spinner and a handy batswoman down the order. One of the youngest players in the tournament, she would be plying her trade for the Mithali Raj led Velocity. Anagha started playing cricket only five years back and was awarded the best bowler in Under-16 and Under-19 category during the Karnataka State Cricket Association awards last year. The youngster is rated very highly in the Karnataka cricketing circles and playing alongside state-mate, Veda Krishnamurthy, might be a huge boost. A left-arm pacer from Chandigarh, Kashvee Gautam, hogged the limelight earlier this year when she scalped all the ten wickets in an innings during the BCCI U-19 One Day match against Arunachal Pradesh. This made the sixteen year old talk of the cricketing world as she became the first ever Indian to achieve this feat. A natural in-swing bowler, Kashvee would be seen playing for the Trailblazers alongside the likes of Smriti Mandhana and her inspiration, Jhulan Goswami. The Indian pace unit is going through a bit of transitionary phase and a good show here might help Kashvee a big deal in donning the national colours. 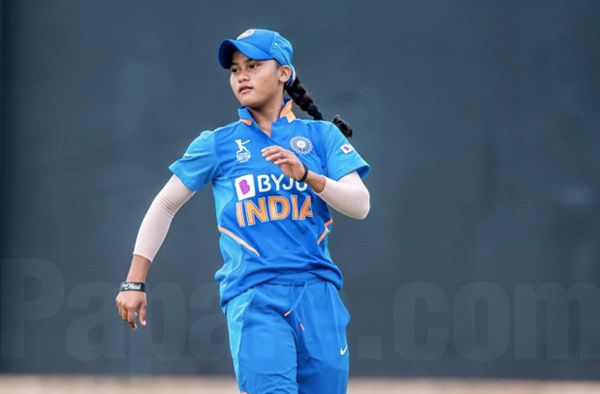 A twenty year old from Delhi, Simran Bahadur started playing cricket just four years back. Simran is a proper all-rounder who bowls right-arm pace and bats left-handed. She started off as a bowler who bats a bit, but was soon promoted to the middle order with the amount of runs she was scoring. She had represented India in the Emerging Asia Cup in 2019 and has also played for India A. An aggressive player right from the start, Simran idolises Harmanpreet Kaur and would be playing under Smriti Mandhana for the Trailblazers. She can well prove to be the crucial link between the batswomen and the bowlers in the Trailblazers’ batting order. An extremely talented all-rounder, Ayushi Soni is a right-handed middle order bat and bowls deceptive off spin. The youngster from Delhi would be seen donning the blue of Supernovas and would be playing under the guidance of Harmanpreet Kaur. Her cricketing journey was never rosy and was firmly opposed by her joint family, but she was supported by her father who stood like a rock behind her and stood up to the naysayers. She started playing when she was 12 years old and once famously lost 20 kilos of weight in six months to improve as a player. Ayushi came to the limelight when she hit a last ball six off the experienced Ekta Bisht during a match between Delhi and Railways in 2017. One of the more experienced youngsters, Richa Ghosh would be plying her trade for the Trailblazers. She is just seventeen years old and has already represented the senior Indian team. A highly talented right-handed batswoman, Richa predominantly bats in the middle order. She made her international debut in a match against Australia in February 2020. Richa was also the part of the Indian squad during the T20 World Cup 2020 and played two matches, scoring 32 runs at a strike rate of 100. Her 18 runs in the disappointing final against Australia gave the world a glimpse of her solid batswomanship.