As Arpinder Singh took long strides towards the pit, he had more than one motive in mind. He intended to win the Gold medal. He also, meant to banish the pressures of the past, as India looked for a first Asiad Triple Jump medal in Thirty-six years.

His crowning moment came soon after, at the 2018 Asian Games when he recorded a 16.77m jump to finish top of the charts. In doing so, he became the first Indian since Sammudi Balasubramaniam to win an Asiad medal in Triple Jump.

Unlike Singh, the event itself has proven to be the undoing of many in the past. Being challenging as it is, Triple Jump also takes a huge physical toll on the competitor. An athlete has first to gain the right momentum with his run-up, only to divide it equally between three jumps, proving that this event is indeed one of the hardest there is.

Like several other disciplines, India has never been able to adapt fully to Triple Jump. Regardless, there have been a few Indian athletes who can rightfully claim to have mastered the competition.

Majority of India’s Triple Jump medals have come at the Asian Games. Mohinder Singh and Labh Singh won two medals each in the discipline during the 1958-74 period. Sammudi Balasubramaniam added another at the 1982 Asiad. However, the most recent medal in Triple Jump came at the 2010 Commonwealth Games, when Renjith Maheshwary finished in the third position.

Renjith Maheshwary also turned out to be Arpinder Singh’s immediate predecessor in the sport.

Maheshwary was a seasoned performer when it came to domestic events. He was India’s leading Triple Jumper for years and even consolidated his position with a Commonwealth Bronze. However, somewhat disappointingly, he added only two more international medals to his name- A gold at the 2007 Asian Championships and Silver at the 2013 edition of the same.

The Kerala-born athlete, like many before him, struggled to make his name at an international level.

Due to the shortcomings of his predecessors, Singh was burdened with a different kind of pressure. The pressure to succeed in a discipline, in which, everyone expected you to fail.

Nevertheless, Arpinder Singh began to work on his trade slowly.

He started his career off, with a meagre jump of 14.90m in Dehradun in 2009. However, Singh saw an increase in his range by almost 2 metres just a year later.

Slowly, but steadily, the youngster kept on improving and landed at a career-best 17.17m in 2014. In the same year, Singh took a flight to Glasgow for the Commonwealth Games and returned with a Bronze medal. Shockingly, his career took a tumble soon after his CWG heroics. Over the next two years, his yearly-best fell by more than a metre.

Nevertheless, Singh honestly came into his own once Maheshwary retired. He was now India’s best in the sport and that proved to be the boost he needed. His defining moment came soon after.

After recording a jump over Seventeen Meters in 2018, the 25-year-old made his way to Indonesia. However, once there, a huge burden fell on his shoulders. While many expected Neeraj Chopra or Hima Das to succeed, Singh didn’t receive any such backing.

Many expected Singh to fall to the same traps as his predecessors. After all, that had been the trend over the years. The 25-year-old athlete from Punjab, however, had a different plan in mind.

Singh stepped up to the platform and leapt ahead of the ghosts of the past, both literally and figuratively.

In doing so, he landed himself, and India, an Asiad medal in Triple Jump after Thirty-six years. The colour of the medal being Gold proved to be more than just the icing on the cake. The Asiad medal turned out to be just the kind of boost Singh needed. He put behind years of Indian ineptitude behind him to climb the podium once again, at the IAAF Continental Cup being held in Ostrava, Czech Republic.

The Punjab-born athlete was a part of the Asia-Pacific team and notched the Bronze medal, ahead of 2008 Olympic medalist Nelson Evora. His jump of 16.33m edging just ahead of the Portuguese’s 16.28m mark.

Two big medals in two months have put Singh in a different light.

He is no longer competing in the sport which saw even the best falter over the years. On the contrary, the 25-year-old is the face of the discipline, as it progresses into a new era.

There are some athletes, who do more for the sport, than the other way around; such as Usain Bolt, Lionel Messi, Serena Williams, and more. And while Singh’s achievements over the past few months haven’t been anywhere near as significant, they, including him, have done something remarkable- or at least begun making a mark.

The 25-year-old came of age in Indonesia and shunned the past to make a name for himself. And in doing so, he paved the way for Triple Jump in India, towards a better future. 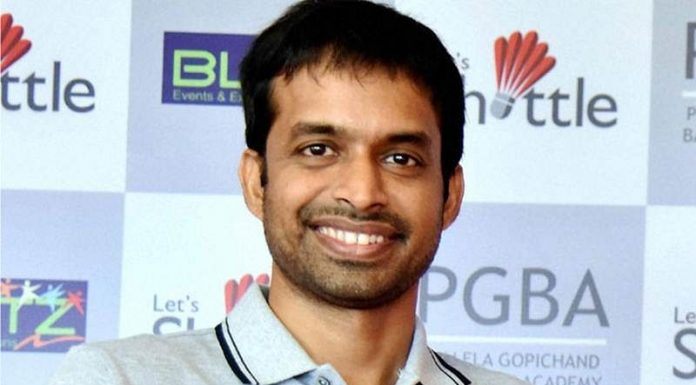 Abhijit Nair - Modified date: January 21, 2021
Indian badminton has had many a stars right from the early days. If it was Nandu Natekar in the 1950s, the baton was then handed over to Prakash Padukone in the 1970s & 1980s. Between those early times when the sport of badminton was...
Read more