It may be still early days for Graham Reid as the Indian men’s hockey team head coach, but he is very much aware of the enormity of the task that lies ahead. For a nation that ruled the roost in field hockey for many decades (winning the Olympic gold a whopping eight times), there will be a buzz of expectations every time a new coach takes charge.

Reid, who is the fourth Australian to coach the national men’s side after Ric Charlesworth, Michael Nobbs and Terry Walsh, is focussed on what he can do ‘best’ to ensure the Indian hockey team builds on its performance leap in recent years(the national team moved up to no. 5 in FIH world rankings after hovering outside the top-10 for many years) and starts winning big tournaments.

“I would be lying if I say there is no pressure – it is only natural as every job is a responsibility and dealing with pressure is part of the package. I have seen this Indian team over the last few years from the outside and believe this team have the ammunition to wing big tournaments,” Reid says candidly to The Bridge in an exclusive chat.

The 55-year-old former Aussie star says a stable training environment holds the key to a team’s long-term success. “Look at Australia’s dominance in world hockey over the yearsand it is largely due to the centralised training set up,where players as well as the support staff can set up their base. I’m seeing the same centralised training environment at the SAI, Bengaluru, where the focus can be on raising the training bar and get better and better,” he shares his perspective.

A member of the silver-winning Australian team at the 1992 Barcelona Olympics, Reid has played against India on so many occasions in the eighties and nineties and is getting accustomed to the national team set-up.

“I have settled in well here and getting to know what my boys are capable of. Initially I saw the 60-odd probables that were pruned down to 33 probables – the recent Australia tour where we played two games against the Kookaburras – allowed me to understand how the boys go about their task. The trip was a big learning curve for the boys and as a coach it gave me newer insights about this team,” he opines.

Reid, who made nine appearances for Australia in Champions Trophy, outlines the areas the team can focus on. “A stable performance mechanism is what I’m looking for, wherein we are consistent as a side and also remain injury-free although injuries are never under your control,” he says.

Modern hockey has become faster and with hockey rules changing, the sport is only going to become more exciting. “From my playing days in the eighties and nineties hockey has evolved with new rules coming in. I think the self-pass rule that came into effect in 2009 was the game changer. The self-pass rule (that enabled the player taking the free hit to play the ball again after taking the free hit) took hockey to a new level in the evolution of the spot. Given the pace at which hockey is being played today, who knows we could end up seeing three field hockey umpires from the current prevailing two. I’m not suggesting anything, but this could be the next level of evolution as far as hockey rules are concerned,” Reid chooses his words carefully.

The confabulation subsequently centred around the 2020 Tokyo Olympics – how does he assess India’s chances with less than two months in the job? “I don’t like to make predictions. Anything can happen at the Olympics and the gap between teams is fast narrowing and rankings really don’t matter. I believe if we stick to a process and keep making improvements, the results will take care of themselves,” he says with a tinge of caution.

One of the things Indian hockey has seen over the years is constant chopping and changing of players – there are a lot of times when one is not sure if a player is dropped, rested or excluded on injury grounds. Reid says communication is the key. “I will be always honest with my boys. If a player is dropped or rested I will ensure there are no communication gaps. Look at Rupinder Pal Singh, he was in the Australian tour and is now not part of the team for the FIH Men’s SeriesFinals. I have spoken to Rupinder and he exactly knows what areas he needs to work to be back in the side. Dropping a player does not mean that it is the end of the road for him. My thought process is clear – a player’s training environment (on the pitch as well as off the pitch) is more important for me than his performance in national level tournaments.”

The Manpreet Singh-led Indian team no doubt have the flair but the retirement of Sardar Singh has depleted the experience quotient in the side. Reid does not quite buy the talk that the team is short on experience. “Sreejesh under the cage is vastly experienced. The likes of SV Sunil, Akashdeep and Ramandeep have become experienced are coming off injuries not to mention skipper Manpreet, who has a fair amount of experience under his belt. Youngsters coming to the side always bring freshness to the side and can spring a surprise, while you cannot discount the power of ‘experience.”

Indian is a hockey-crazy nation and every win or loss come under intense scrutiny. Reid says it is importance to see things in perspective and be calmer in tough situations. “Winning or losing is part of a game – one team has to win or lose. We should refrain from over-reacting to any defeat as if the world is falling over. The objective should be to identify the reasons for the defeat and work on that and not over-react,” he signs off. 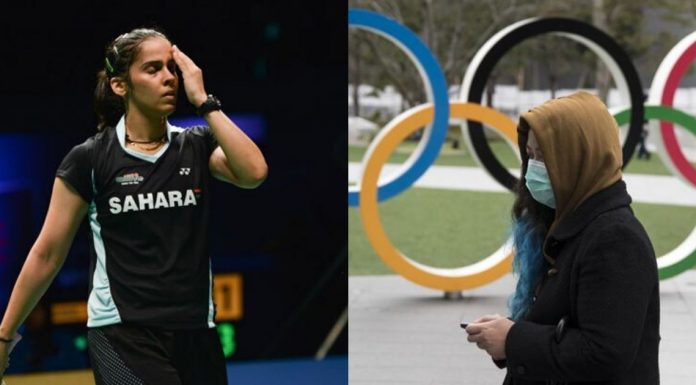 Press Trust of India - February 29, 2020
The Government of India has sent a questionnaire to the Badminton Association of India (BAI), seeking clarity on health status of the Chinese shuttlers, scheduled to travel to the national capital for next month's Indian Open.
Read more