The sexist divide in sports broadcasting

November 5th was slated to be a monumental day for the Indian women’s Hockey team. Having reached the final of the Asia Cup after a brilliant unbeaten run, it was only justified that expectations were high. India had not won this coveted trophy for the past 13 years. What’s more is that they had already recorded a thumping victory against China in the initial stages of the tournament. The odds were stacked in their favour. It was only a matter of time before the team of women from India got their hands on that awaited prize.

To give an idea about how important this game was for India, it must be pointed out that as a consequence of this continental victory, the Indian team also qualified for the Hockey World Cup. The 5-4 victory against the relentless Chinese national team also ensured that the Rani Rampal led squad from India broke into the top 10 FIH World Rankings for the first time ever. Normally, all of this would be considered a big stepping stone in the path of any sport. But there might have been capitalistic politics at play when it came to India’s campaign at the Women’s Asia Cup.

When the Indian Men’s Hockey Team won the Asia Cup 2017, it drew attention from all quarters. But, when the Indian Women’s Hockey Team beat China 5-4 in an enthralling shootout to lift their second Asia Cup title, ending a wait of 13 years, Hockey lovers and fans all over, kept surfing television channels and YouTube desperately to catch the action live. But none of the matches of this tournament was being telecasted, not on TV, not online!

Also Read: (S)Heroes of Team India at Hockey Asia Cup and beyond

There was the Indian team, fresh out adjusting to a new coach who had been appointed just a month back. A team that had gone on to defy odds by not losing a single game in the tournament; a team which, unlike the men’s team, was not the highest ranked team in the tournament- neither were they favourites to win.

Yesterday was one of the biggest moments for Indian hockey. The series held important, for India’s win would help them qualify for the World Cup next year in London. Asia Cup was organised by the Asian Hockey Federation (AHF). While The Asian Hockey Federation struck a deal with Star Sports to air the Men’s event in India, there were no arrangements made to broadcast the women’s tournament in Kakamigahara, on TV or Online. But, this is not surprising, when it comes to women in sports, TV in general tunes out citing viewership issues.

Is there really a divide when it comes to the viewership of gendered sports? Are women’s sports influential to a general audience only if a female athlete manages to win a medal after battling severe hardships? As humans, we are trained to be empathetic towards soft stories in general. However, the more pertinent question here is, what is the magnitude of the harm caused to female sports in general due to a general obscurity among broadcasters regarding it.

Just as shocking is that despite a dramatic increase in the number of girls and women playing youth, high school, college and professional sports, TV coverage of this gender, is drastically declining. It’s not that generous coverage of men’s sports leaves no time for women.

The everyday marginalisation of women’s sports is perhaps most apparent during major international sporting events like the Olympics. Suddenly, our Broadcaster ‘discovers’ women’s sports all over again, only to have this level of coverage disappear when the international event ends.

This problem is not even specific to India. Blatant sexism in the broadcast was heavily called out during the coverage of the 2016 Olympic Games in Brazil. One glaring incident which got everyone talking was the way a commentator referred to trap-shooter medalist Corey Cogdell-Unrein’s as “the wife of a Chicago Bears linebacker.”

A recent study by a team based at University of Southern California tracked the major international broadcasters from 1989 and the difference in attention paid to men’s and women’s sport was startling. It found that an LA-based news network devoted just 3.2 percent of airtime to women’s sports until the time it was calculated in September 2017.

Even more prominent was the difference in time devoted to women’s sport on ESPN, generally regarded as the go-to network for all sporting news. ESPN’s SportsCentre, one widely loved show, devotes a meagre amount of time to women’s sports stories; around the ballpark of 2% of total airtime. This disproportionate airing has remained consistent since 1999 which is the year from when SportsCentre’s data was tracked and considered.

The Broadcaster loves to get behind ‘our’ athletes’both men and women’when they are competing on a world stage but ignores the myriad sports taking place every day within our national borders. I suspect what we have here is nationalism trumping sexism.

(This article was first published by the author in Dragflick World) 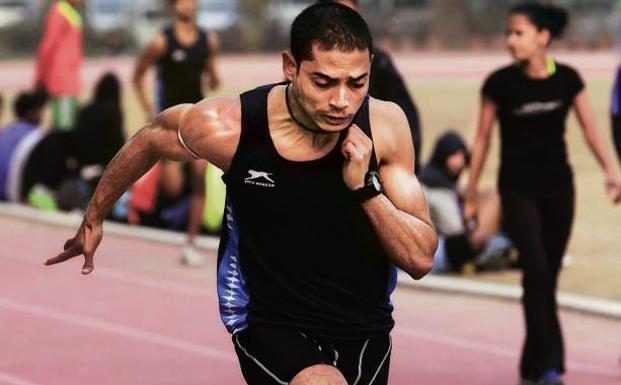