Is PV Sindhu vs the Japanese the new rivalry in focus? From the mighty Chinese to the dodgy Japanese’this is the paradigm shift in the latest international women’s singles badminton circuit since the 2012 London Olympics. And talk of rivalries, the list will include the P.V. Sindhu vs Nozomi Okuhara sitting right on top. Their 110-minute tussle at the World Championships summit clash, highlighted by a famous and outstanding 73-shot rally, has entered the history books as the longest women’s singles final at Worlds.

Weeks later, the scores were settled at the Korea Open Superseries, where the Indian ace exacted a sweet revenge against the diminutive Okuhara. A 53-shot rally was yet another statement from the players of their ‘intent’. The recent All England Championships once again witnessed Sindhu vs Okuhara in the quarter-finals but it was the Indian vs Akane Yamaguchi, the former world no. 1 Japanese that stole the show leaving everyone with a heartbreak back home.

Also read: Looking back on 2017: A great badminton rivalry in the making

In the span of a few years, there has been a visible shift in the most notable Women’s singles rivalries. Much to the joy of Indian badminton fans, both these growing trends have featured two brilliant home shuttlers. While, earlier, it was Saina vs the indomitable trove of Chinese players, PV Sindhu’s recent spars with the Japanese are very in contention for the next top rivalry in women’s badminton.

In fact, despite Sindhu’s recent losses in finals, starting from her Rio Olympics silver medal, her growing rivalry against the Japanese reminded everyone of Saina’s fiercest encounters against the Chinese Wangs (Wang Yihan and Wang Shixian) besides former Olympic champion and now retired Li Xuerui.

Going by the numbers, Saina’s win record against her three Chinese rivals is 14-30. That is less than 50% win record. Individually, she has fared the best vs Wang Shixian (7-7) with a one sided dominance by her opponents when it came to facing Wang Yihan (5-11) and Li Xuerei (2-12)- results clearly going in favour of the Chinese. Against the younger and current Chinese rivals like Chen Yufei (1-1) and Chen Xiaoxin (1-0), she has a better record.

On the other hand, Sindhu’s growing rivalry against the Japanese is the centre of focus in the current women’s singles circuit which in fact gained attention since the Rio Olympics when Sindhu overcame the 23-year-old Okuhara in the semi-finals.

The excitement and thrill was back just as it was during Saina’s intense rivalry against the Chinese. Besides fan following, the TV viewership also grew; the Olympic semi-final clash between Nozomi Okuhara and Sindhu registered 25.6 million views on live television which is more than finals of many major cricket events.

Against Okuhara, Sindhu now has a 6-5 record with their last meeting at the All England Championships quarter-finals going in favour of the World no. 3 Indian. However, Sindhu faltered to Yamaguchi in the next tussle, making it one of the most mouthwatering clashes of the year. Sindhu went down 21-19, 18-21, 18-21 for her first loss to Yamaguchi  this year; her head-to-head record against the 20-year-old Japanese stands 6-4 with a 21-19, 21-15 win at the Asian Team Championships.

Also read: Woman power: Athletes to look out for in 2018

Since last year, Sindhu has faced Japanese players 26 times, with a 4-3 and 6-3 winning record against Nozomi Okuhara and akane Yamaguchi, respectively. Sindhu also holds advantage against players like Sayaka Sato (3-1), Aya Ohori (5-0) , Sayaka Takahashi (2-2) and Saena Kawakami (1-0) throughout career. If the numbers suggest something, then Sindhu’s success rate seems to be more than Saina’s win record over the Chinese in 2013-2016.

Former Asian champion Dinesh Khanna nodded to the comparison. He said Sindhu vs Japanese has produced one of the most competitive matches in the history of badminton and with the players being quite young, many more edge-of-the-seat encounters may be expected in the near future.

‘We can surely draw a parallel of Sindhu vs the Japanese against Saina vs the Chinese, but we shouldn’t forget that few years back, it was only the Chinese who used to dominate in every tournament. And Saina showed a lot of courage to tame them several times. While in the current scenario, Sindhu has to face and overcome many opponents like the Japanese, then there is Carolina Marina and Tai Tzu Ying, who is by far the toughest competitor,’ Dinesh Khanna told The Bridge

‘No doubt Sindhu has been able to overcome these tough rivals many a times. And she has been brilliant. She has an edge over them which Saina didn’t against the Chinese. But the Japanese are coming out stronger each time and she will have to work harder to maintain an edge over them,’ added the former bronze medalist at the 1974 Asian Games.

No doubt, PV Sindhu has shown improved skills against the Japanese in her recent performances, but as Khanna pointed out she needs to find ways to play her natural attacking game to have an advantage over her fiercest rivals. A healthy rivalry is always good for the game.

Mixed Martial Arts (MMA) has gained major traction across the world and has enjoyed immense fandom since the turn of this century. While UFC...
Read more
Badminton 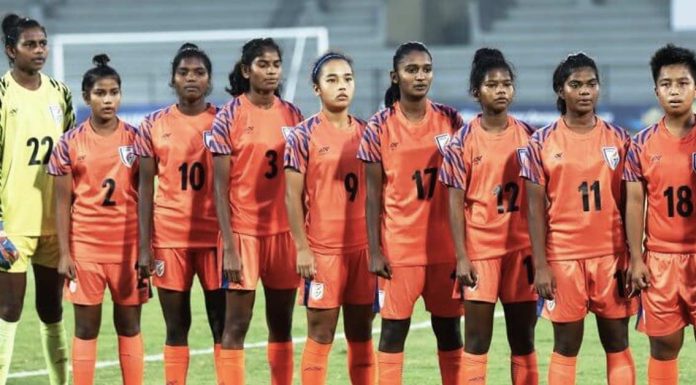