India finished CWG 2018 with an impressive medals tally of 66, making it their second-best ever performance in the Games after in New Delhi in 2010.

Serious administrative lapses ‘ such as needles found in the rooms of some athletes and Saina Nehwal’s protests over the ‘insult’ meted out to her father ‘ will be forgotten over time. What will remain is the extraordinary tale of athletes who defied all odds and scripted unforgettable tales of determination and perseverance in their path to glory.

The raised arms of a 16-year-old Manu Bhaker, Saina Nehwal and Mary Kom dominating their opponents to show the world why you can never write them off yet, and Hima Das’ heart-winning gesture of ‘Mon Jai’ are some of the enduring images that will remain with us forever.

But even as the clock winds down to the Asian Games, it is time for us to ponder over and assess the impact of India’s impressive medals tally at CWG this year in the long run.

What CWG medals are truly worth

Amid the optimism of the ‘gold rush’ at the Games, there has also been an air of familiarity and scepticism. The refrain seemed to have been that India always does well at CWG, but struggles when it comes to Asian Games and Olympics.

India finished third in CWG this year, after having finished second and fifth in 2010 and 2014 respectively. While India’s performance at the Gold Coast might have soothed nerves after the disappointment at Rio last year, it is also a time for introspection. Will it be the same story again as we go back to the Asiads and the Olympics?

Sports minister Rajyavardhan Rathore, while congratulating the athletes on their performance, struck a note of caution when he said the focus should firmly be on replicating the magic in bigger events later. 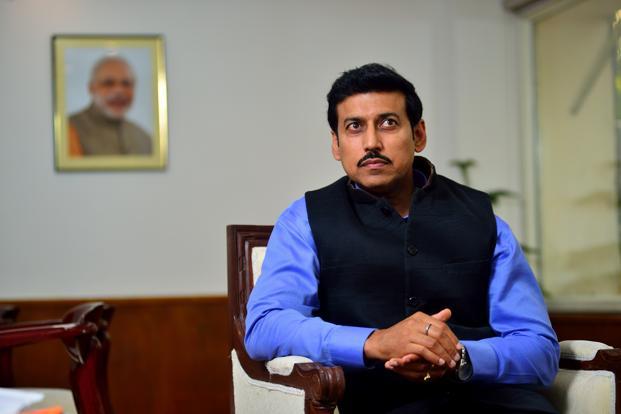 ‘We are planning to put a professional system in place. There is a lot of potential in our youth and I see India winning a bagful of medals at the 2024 and 2028 Olympics,’ he said in a video message.

The fact that India struggles to replicate its CWG success in bigger events can be explained by the fact that countries which do better than India in the Asian Games and the Olympics do not take part in CWG.

Countries which beat India in terms of the medals tally in the 2010 and 2014 Asian Games include China, Japan, North and South Korea, Iran, Thailand and Kazakhstan. None of these countries take part in the CWG.

As a Hindustan Times article points out, India’s immediate blip in the medals tally in 2012 Olympics after its success at CWG 2010 can perhaps be explained by the different nature of sports in the two events.

Five countries that were behind India in the CWG 2010 medals tally surged ahead in the 2012 Olympics. Out of the 13 sporting events in which they did better than India in the Olympics, seven of them — trampolining, rowing, canoeing, football, sailing and equestrianism ‘ were not there in CWG.

Even when we focus on the Asian Games, the sheer dominance of countries like China and Japan make it difficult for India.

Back to the same old story at Asiad?

Amidst the euphoria of having bagged so many medals at CWG, there are perhaps reasons enough to remain grounded and chart out a more concrete plan for the road ahead.

‘In CWG, there are four good teams and maybe two average teams. It’s completely different when you go to the Asian Games. If you can win there, you can win at the Olympics. This (the CWG haul) cannot be a benchmark for an Asian Games medal,’  paddler Sharath Kamal was quoted as saying by The New Indian Express.

To put things into perspective, five of the top seven in world rankings, when it comes to team events, will be taking part in the Asian Games. They are China, Japan, Chinese Taipei, Hong Kong and Korea Republic.

But India can take heart from the fact that at CWG this year, apart from the medal hopefuls in Mark Kom, PV Sindhu and Saina Nehwal ‘ all of whom did not disappoint ‘ there were some first-timers who did well. And in Manika Batra’s brilliant performance, we can celebrate India’s medals in a sport where India have had very little success in the past. Manu Bhaker, Anish Bhanwala, Mehuli Ghosh, Deepak Lather, Hima Das, Tejaswin Shankar and Srihari Natarajm ‘ to name a few ‘ might have shown us that the future is bright for Indian sports. CWG 2018 will be remembered as the tournament that marked their arrival and they will certainly be the faces to look up to going ahead.

But it is still perhaps a little premature to expect India to replicate their CWG success at the Asian Games later this year. Countries such as China, which have traditionally done well, have put in place a meticulous system from the grassroots level with sports school, a centralised training programme and funding for athletes.

One medal for every 383 million Indian is all what we could manage for the 2008 Beijing Olympics, making it the worst medals won to population ratio ever in the history of the sports.

To be honest, it is good on part of our sports minister that he acknowledged the need for putting a better system in place — a system where a Lovlina Borgohain has to learn of her selection for CWG from mediapersons or a Dipa Karmakar has to practice the death-defying ‘Pradunova’ on a scooter seat is hardly anything to be proud of.

As the clamour for better infrastructure and management gets louder, more and more people are pointing out the need to nurture athletes instead of them recognising their achievements only after they bring home a medal.

India’s bright young athletes have shown us, time and again, that it is not the lack of talent, but the absence of foresight and planning, that makes them suffer. We need better infrastructure, training facilities and recognition for our athletes to do well. And more importantly, funding, financial assistance and an economic safety-net for all athletes to ensure that they do not sacrifice a career in sports while giving in to parental pressure.

Till then, every medal win will always be a story of fighting the odds to script the tale of an unlikely heroism. Before making unfair demands and criticizing our poor medals tally over the years, we should perhaps introspect on how we, despite our much vaunted claims of being the next global superpower, have failed our athletes.

And till then, we can never hope India to repeat its CWG success at the Asian Games and Olympics. For the shame is ours as well.