EXCLUSIVE: Nothing wrong in not shaking hands with Nikhat: Mary’s coach All the ‘bitterness linen’ that has been washed in public domain over the past few months didn’t quite play a ‘spoiler’ to all the consistent performances dished out by our men and women boxers on the international stage in recent years, but there is little doubt that all the negative talk surrounding the women’s 51-kg category selection trials between MC Mary Kom and Nikhat Zareen for the 2020 Tokyo Olympic qualifiers could have been best avoided.

Of course, there is nothing wrong in a young boxer like Nikhat Zareen moving the Sports Ministry as well as the Boxing Federation of India (BFI) seeking her inclusion in the selection trials for the 2020 Tokyo Olympic qualifiers – the first of which will be held in China in February.

Nikhat’s demand for inclusion in the selection trials stood vindicated because the BFI has been categorical that only gold and silver medal winners of the 2019 AIBA World Championships will gain a direct entry to the February Olympic Qualifiers.

The subsequent change of stand by the BFI and affirming that the no trials will be conducted for the 51-kg category, after Mary Kom won a bronze medal at the 2019 AIBA World Championships, stoked a new controversy, leading to Nikhat to demand a fair trial. It’s a different matter altogether that the BFI took cognisance of the situation and took a call to conduct 51-kg trials.

With due respect to Mary Kom, she has been one of the consistent operators in the 51-kg category and getting mired in a needless controversy was something not to her liking neither created by her. And Mary on Saturday let her boxing do the ‘talking’ as she rode roughshod over Nikhat Zareen in a 9-1 split verdict. The frosty relations between Mary and Nikhat are known to all and sundry and the latest in-the-ring face-off will only enhance the deep-rooted rancour between them.

The 36-year-old, who is also a Rajya Sabha MP, set the tongues wagging by refusing to shake hands with Nikhat after the much-hyped bout as well as by the fact that the iconic pugilist had allegedly used foul language against her opponent during the bout.

Yadav, who is an AIBA 2-Star Coach as well as a diploma holder from NIS, Patiala believes the job of a boxer is to prove her worth inside the ring and not indulge in big talk. “Mary has proved who is India’s best bet for the Olympic qualifiers in 51-kg. You have to let your boxing talk in the ring and Mary did just that. Nikhat is a talented boxer and she should keep working hard on her boxing and nothing else,” said Yadav.

In a starting turn of events, Yadav alleged some unpleasant developments he was privy to. “Nikhat’s father Jameel Ahmed abused me after the bout – even a Telangana official abused me and threatened to hit me by picking up a chair. All these happened in front of everyone, including the media persons present at the Indira Gandhi Stadium.”

One hopes that Nikhat will take the defeat in her stride and move on – her claims that the bout was much closer than the final 9-1 scoreline suggested will not in any way serve her in good stead for the future.

The ‘emotional side’ of Mary came to the fore when she refused to shake hands with Nikhat – probably it sums up the ‘irritation’ building up within Mary over the past few months in what has turned into a media trial or public trial for no fault of hers – no one can pin any blame on Mary for BFI altering the qualifying criteria (only gold and silver medal winners of the 2019 World Championships will receive a direct entry for the Olympic qualifiers, followed by the top-brass declaring that Mary won’t have to through the trials). 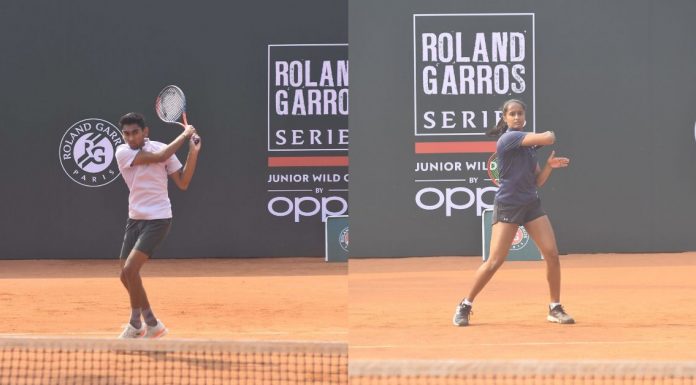