Asian Games and Commonwealth Games gold medallist Neeraj Chopra will be returning to competition at the 59th National Open Athletics Championships which begin in Ranchi on Thursday.

“I feel alright now (having recovered from the injury). I’ve been throwing well in training, so I really wanted to take part in Ranchi,” said Neeraj in an exclusive telephonic interaction with The Bridge.

The star javelin thrower was forced out of action for almost over a year after undergoing surgery for an elbow injury. He had to sit out of this April’s Asian Championships and recently concluded the World Championships as well.

“It has been more than a year that I have been out of competitive action. I felt that this would be the right time to make a comeback and see where I am. If I don’t compete, I’ll get out of touch and I don’t want that,” he said.

On being asked whether or not his comeback was being hurried, Neeraj assured that was not the case.

“If I take it slower, I’ll be sitting out five-six more months…but I can’t stay away from javelin for that long. I know that I have had no problems in training, it feels right you know. I just want to take part in a competition so that I can regain my confidence… so that I can take the field again with that feeling inside me.”

Reports had suggested that the Athletics Federation of India (AFI) had threatened the top athletes that if they did not take part in Ranchi they would not be included in the national camp. Neeraj, though, maintained that it was solely his decision.

“No, no I’m going to Ranchi because I want to take part in a competition. If anything, the AFI was telling me to give it more time, not to rush back to competitive mode. But I feel that I am okay, fitness-wise, at least physically. So I think I should play.”

“In Ranchi, however, if I don’t feel alright after a throw, I can act accordingly. Okay, I am feeling all right in training at NIS Patiala, my throws are going well but in a competition, things change. If I can get a good throw there, it will be huge for me this year.”

‘A World Championship medal could have been within my reach’

Lacklustre and abysmal were the two most used words to describe the Indian athletes’ performances at the World Championships after they returned empty handed from Doha. The last time India had bagged a medal at the Worlds was 16 years ago, in Paris, when Anju Bobby George won a bronze.

Hopes were pinned on Neeraj, especially after his superlative showing at last year’s Asian Games.

Given the results at this year’s Worlds, the 21-year-old youngster could have finally ended India’s wait. The gold medallist, Anderson Peters of Grenada, threw a distance of 86.89m. The same athlete had finished third at the Gold Coast Commonwealth Games, two spots behind Neeraj. Moreover, at the Asian Games, Neeraj had thrown 88.06m.

Had he taken part in Doha, Neeraj himself admitted that even a gold could have been within his reach. He said:

The Haryana-born athlete added, “I don’t know what the conditions were like in Doha, why everyone’s performance took a hit because all the top throwers were there. Maybe if I had been there, if it would have been my day and if I could have thrown well…

“See, I had prepared extensively for this year’s World Championships. My target was to win the gold. Alas, I lost one year due to injury. But you can’t dwell on it too much. Why create pressure on yourself thinking about such things?” he signed off. 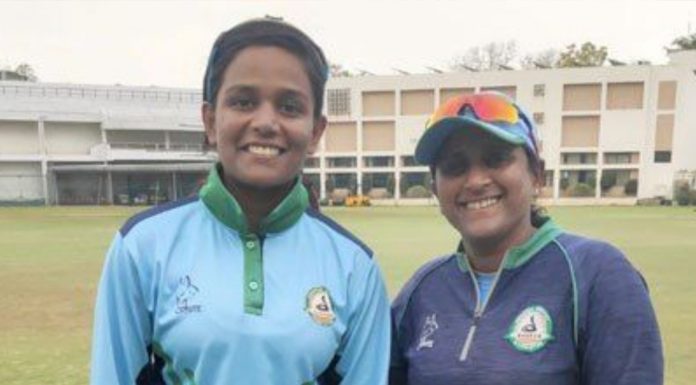 The Bridge Desk - February 27, 2020
Vidarbha wicketkeeper batswoman Saloni Allot is a fighter in true sense. She is a qualified chemical engineer, a biker, a guitarist and a brave-hearted cricketer who made a stunning 37 dismissals in 26 matches in 2018-19 season. On Sunday, Saloni showed her fighting instinct again...
Read more