A group of Kerala kids held a meeting on how to chip in money for a few jerseys and a football costing Rs 400 by saving Rs 2 every day.

The road leading to Kerala’s Nilambur village is a narrow, undulated alley paved amidst paddy fields. It is still dark out, but the relative tranquility here is disrupted by an energetic herd of 13 children. All of them, aged between five and 12, reach a small field in the village obscured by silence to convene a formal disciplinary meeting for buying a new football. Are you thrilled already?

Don’t be surprised when you spot the bent twig and the stick made into a microphone. With the objective set out on an agenda, the meeting began shortly, organised and businesslike. In a video posted by social worker Sushanth Nilambur, one can see a gaggle of kids nestling closely in the meeting headed by President Athin and Secretary Arjun on how to chip in money for a few jerseys and a football costing Rs 400 by saving Rs 2 every day.

Well, does anything seem enough to douse the infectious energy of the bunch of rising football enthusiasts in Kerala’s Nilambur? Not really, feels Sushanth. He couldn’t be more amazed as he watched the poor kids pouring themselves out so intently. “Their parents are very poor. With little help from the neighbours, they managed to buy three footballs. But those lasted barely two months. They then decided to hold a meeting and urge each kid to contribute Rs 10 every week so that they can buy a football and some adequate number of jerseys,” raved Sushanth.

Their efforts, however, did not go unnoticed. Before the children could collect any money, an adequate amount of financial help has been pouring in since the video went viral on Thursday. Some offered footballs, some jerseys. The kids watched a Santosh Trophy game between Kerala and Tamil Nadu on Saturday after being invited by Kerala Football Association. The appreciation does not end here. The kids attended the Kerala Blasters vs Odisha FC match in Kochi after the Kerala-based club took note and offered to help them.

Expressing her pleasure in helping these young talents, Ann Marie Thomas, Head-Marketing, Kerala Blasters FC, added, “Their passion for the game was something that caught our eye. We had an upcoming home match against Odisha FC. We thought of bringing them down so that they can watch the match live. They came along with a social worker named Sushanth. We are planning to gift them footballs and jerseys. They’ve been invited for the next match as well, we will get the players to meet the kids before they step onto the stadium.”

One cannot simply forget those who go above the call of duty to help others in need. Kerala Blasters FC, through their endeavour to give back to the society in diverse ways, have truly imbibed the meaning of ‘joy of giving’. If now it is those thirteen lives that were touched, let us hope many more will be too, in the coming months.

Mohun Bagan got the better of their arch-rivals East Bengal in the I-League’s first Kolkata Derby with a slender 2-1 win at...
Read more
Football

The Tamil Nadu Women's League (TNWL) ended with the invincible Sethu FC clinching the top honours. With it, they also qualified for...
Read more
Football

Growing up in North Kolkata, Mohun Bagan and its legacy was an inseparable part of the culture that permeated the serpentine lanes,...
Read more
Football

The City of Joy will once again celebrate its love for football in a gallant way as Kolkata giants Mohun Bagan and...
Read more
Football 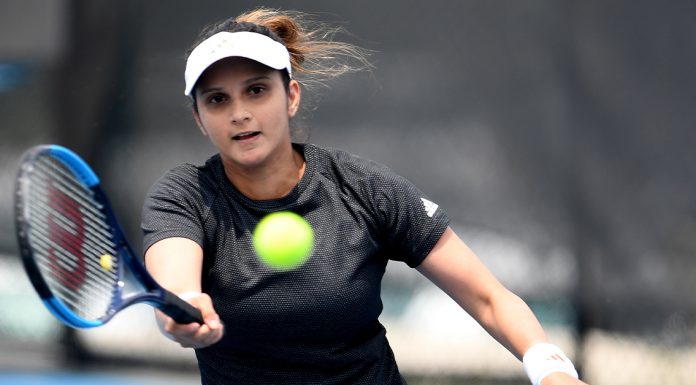 The Bridge Desk - January 14, 2020
After a two-year-long hiatus from the world of tennis, six-time Grand Slam Champion and former Doubles World No. 1, Sania Mirza made a winning comeback to competitive tennis at the Hobart International 2020. Sania paired up with Ukranian partner Nadiia Kichenok to defeat...
Read more