The 56-year-old coach who helped Vidarbha lift their maiden Ranji trophy also featured in 5 tests and 36 ODIs from 1986 to 1992 for the Indian national team. Pandit then turned to coaching and enjoyed successful stints with the Mumbai cricket team.

After signing up as Vidarbha coach in mid-2017, the first thing Pandit’s  first question to Prashant Vaidya was ‘what happens to the prize money?’ This took the Vidarbha Cricket Association vice-president, who had been trying to rope in Pandit for six to seven years, by surprise. Vaidya told Pandit, ‘Of course, we will share the prize money’.

“That was so confident of him. This man was already thinking of winning the trophy, so I thought Vidarbha is definitely going to have a good season… I started believing in him from the very first day that he (Pandit) arrived in Nagpur,” Vaidya said, with a smiling Pandit seated beside him after Vidarbha had won their maiden Ranji Trophy beating Delhi by nine wickets yesterday in the final in Indore.

VCA president Anand Jaiswal yesterday announced a prize of Rs 3 crores for the team, in addition to the prize money that will be received from the BCCI. Pandit has now coached two different teams and taken them to three successive Ranji finals, and won two of them, one each with Mumbai and Vidarbha. When was asked about winning he chose to dwell on what it meant for Vidarbha. “Everybody likes to win the cup,” Pandit said.

On 21st December, 2017 Hindustan Times read, ‘Chandrakant Pandit in domestic circles is known to be the ‘khadoos’ Mumbaikar, who is not ready to bare his emotions but Rajneesh Gurbani’s eyes welled up when he saw the ecstatic Vidarbha coach after they beat Karnataka to reach maiden Ranji Trophy final.’ Rajneesh’s match-winning seven-wicket haul helped Vidarbha beat Karnataka by five runs in a thrilling semi-final.

Personally, for former India stumper, it was also a statement to the Mumbai Cricket Association, who removed him from his position as coach despite the team reaching finals last year. ‘I got quite emotional after getting the final wicket and saw Chandu sir’s (Pandit’s nickname) reaction tears came into my eyes. We have been following the same routine from the first match we played in the league stage against Punjab till today,’ Gurbani, who had a match haul of 12 wickets said.

Time has proven that this Chandrakant Pandit to be nothing short of a wonder coach with much to offer in the years to come.

When Deggie Cardoza’s coach put him on the field as a substitute for the last 10 minutes of a football match, the...
Read more
131,478FansLike
12,333FollowersFollow
7,196FollowersFollow 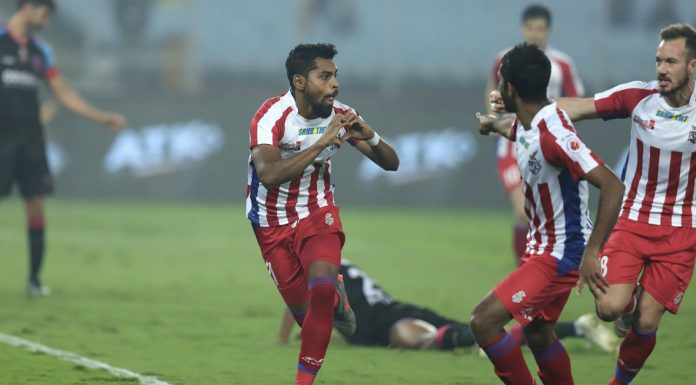 Sagnik - Modified date: June 26, 2020
Aamar Bukey ATK. Joy Mohun Bagan. Eksathe! ~ Roy Krishna It started again around the first week of January this year. That was when the rumours of two heavyweight football clubs from Kolkata, each with an agenda of its own, merging together began to resurface,...
Read more