Happy Birthday, Neeraj! The man who gave a new identity to Indian athletics

As Neeraj Chopra turns 22 today, here's a small reminder of how the Haryana lad turnedout to become arguably the most popular face of Indian athletics in this decade. 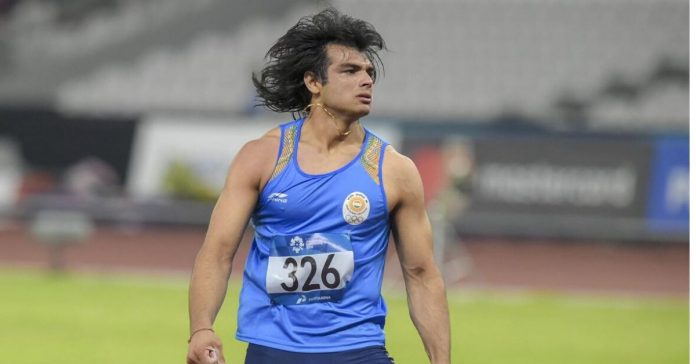 As ace Indian javelin thrower Neeraj Chopra turns 22 today, here’s a small reminder of how the Haryana lad turned out to become arguably the most popular face of Indian athletics in this decade. He is the person who gave Indian athletics a new identity and became a household name with a gigantic javelin throw of 86.48m at the IAAF World Under-20 Championships in Bydgoszcz, Poland.

Consequently, he not only became the first Indian track and field athlete to win a gold in a World Championships, but also the first-ever Indian to hold a world record in athletics, across both junior and senior levels.

Neeraj, a native of Panipat in Haryana, began the event strongly, logging a throw of 79.66 meters in his first attempt which put him in lead, albeit provisionally. South Africa’s Grobler’s attempt of 80.59 meters took away the lead from Neeraj, but it was all too brief. The stocky Neeraj roared back with a massive throw of 86.48 meters, one that allowed him to retake the lead in a comfortable fashion. Neeraj had earlier made the cut for the finals of the event with the best effort of 78.20 meters in the qualification round.

Interestingly, Neeraj had equalled the senior men’s National Record (NR) at the 2016 South Asian Games with a throw of 82.23 meters and was the world’s best junior thrower coming into the World U20 Championship.

He also won the gold in the 2017 Asian Athletic Championships, and more importantly, became the first Indian to win in javelin throw at the CWG after creating his season’s best record of 86.47 metres at the 2018 Commonwealth Games. He even performed admirably at the IAAF Diamond League of 2018, where he finished in fourth place, which was a big improvement from the previous season’s IAAF Diamond League, where he finished in seventh place.

After a successful 2018, the injury had hampered the progress of India’s main hope for an athletics medal at Tokyo Olympics. In May, 2019, it was revealed that he was to undergo elbow surgery which caused him to miss the 2019 IAAF World Athletics Championships and the National Open Athletics Championships. Neeraj is now back to his training and has set his firm sight on the Olympics in Tokyo. But first, he has to qualify for the Games. 2020 can be the biggest year yet for Neeraj Chopra as India rest its medal hope on him.