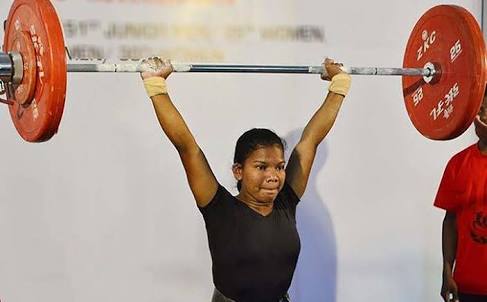 It was a mixed day for Indian lifters at the Asian Weightlifting Championship in Ningbo, China on Sunday. While former World Champion Mirabai Chanu missed out on a podium finish by a whisker, Jhilli Dalabehera opened India’s account with a silver medal in the women’s 45kg category. Youth Olympics gold medallist Jeremy Lalrinnunga, on his part, went on a record-breaking spree to secure second place in his group.

Mirabai produced her personal best performance but missed out on the bronze medal by a whisker in the women’s 49 kg event. She lifted 86kg in snatch and a personal best of 113kg in clean and jerk for a total of 199kg (thus surpassing her previous best of 192kg which she achieved in the EGAT Cup in Thailand in February).

China’s Zhang Rong, who won the bronze medal, also lifted the same total of 199kg (88kg+111kg) as Mirabai. However, under the new rules, which came into effect in 2017, the competitor who has a lower clean and jerk result (that means higher snatch result) is ranked higher.

No Medal for Mirabai Chanu

Former World Champion lifted a total of 199kg with a personal best in Clean & jerk 113kg to equal Rong in the third spot, but Rong claimed the bronze medal by the tie-break rule at the Asian Weightlifting Championship. pic.twitter.com/zaiILc1Bj8

Jhilli Dalabehera, who hails from Odisha, opened India’s account at the Championships when she bagged the silver medal in the women’s 45kg category. She secured her place on the podium with a lift of 162kg (71kg+91kg) to finish second behind Vuong Thi Huyen of Vietnam who lifted 168kg (76kg+92kg). Mary Flor Diaz of Philippines produced a 158kg (69kg+89kg) effort to bag the bronze.

Earlier, last year, Jhilli had won the bronze medal at the IWF Junior World Weightlifting Championships in the 48kg division.

On Sunday, Mizoram-born Jeremy produced a power-packed performance, smashing records in snatch, clean and jerk and total lift in the process. He lifted a total of 297kg (134kg+163kg) in men’s 67kg event to be placed second in group B, only behind Pakistan’s Talha Talib, who lifted 304kg (140kg+164kg). The final standings will be decided after group A competition on Monday.

Youth Olympics Champion Jeremy Lalrinnunga lifted 134 kg in Snatch and 163kg in clean & jerk for a total of 297kg in B category of Asian Weightlifting Championship to set a new Youth World Record in all three (snatch, C&J, Total). pic.twitter.com/ACLK8tyF3z